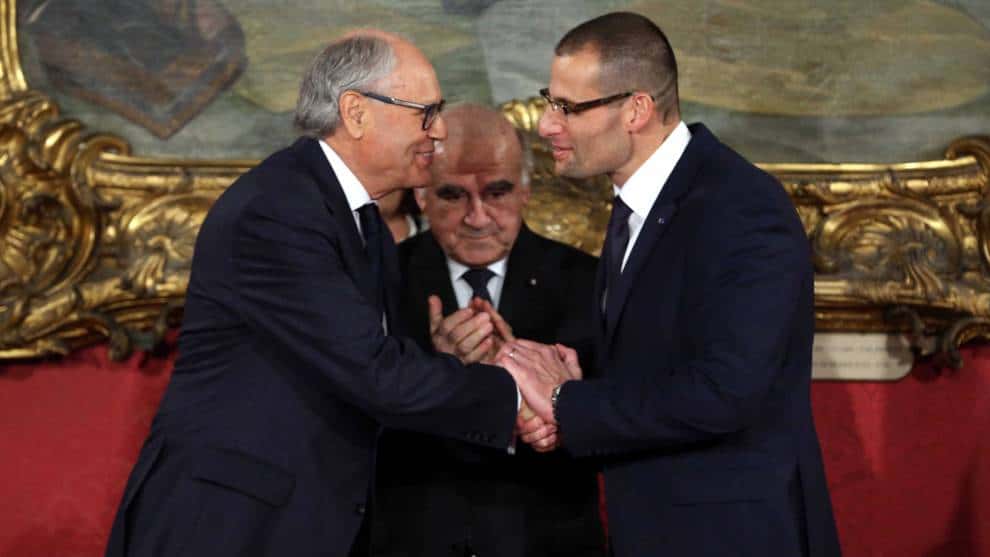 Karol Aquilina raised an issue in parliament yesterday that may seem at first like a piece of administrative pedantry.

In April 2020, the government announced the appointment of a new financial intelligence agency board for a 3-year term. The appointment followed the procedure required by the law regulating money laundering. So far so good.

But under the law that regulates public administration, the government is obliged to submit its nominees for certain key public service positions to scrutiny by parliament before actually giving them the job. It’s a fairly new rule adopted in this parliament that sets up a parliamentary committee with the job to ask candidates for these positions, tough questions in a public hearing. The rule goes for ambassadors, senior civil servants, and, yep, the chairman of the FIAU Board.

But they didn’t do that last April when they hired the new chairman of the FIAU. So the appointment of the guy whose been in the job heading the board that supervises our noble fight against money laundering has been, since last April, illegal and out of order.

Let’s keep this short and say this is bad on just three levels, shall we?

It’s bad because our government cannot follow the laws it has itself written and pushed through parliament. This is not some order in council from the sailing galleys of Thomas Maitland. It’s a law the same ministers who made this blunder argued for and voted on in parliament just months ago. It’s bad because it shows our administration is incapable of following its own laws and probably needs to hire some very expensive Spanish lawyers to find its way to the bathroom.

It’s bad because anyone who has faced unpleasant decisions by the FIAU since last April is, rightly or wrongly, likely to contest that decision in court on the basis that an organisation chaired by a person whose appointment is invalid at law cannot take any decisions that are in any way enforceable. Such an argument, if successful, would make a mockery of the nation’s “effort” to clean up its anti-money-laundering act since Silvio Valletta left, Peter Grech was removed and Edwina Licari was appointed. It would allow crooks to get away with it because the ministry of finance and the office of the prime minister did not check the law to see what they ought to be doing.

Which leads me to Three.

It’s bad because we are trying to tell Moneyval, the FATF, and every due diligence analyst in the financial services business that this isn’t a banana republic and we have – what do they call them these days? – ah yes, ‘robust’ institutions set up to combat money laundering. Instead these schoolyard blunders of a bunch of half-hearted, half-dazed, half-drunk amateurs tell the world that Robert Abela and Edward Scicluna – who assure us they plan to stay on in their respective offices for a long time – will continue to make bloody sure no one takes this country seriously until this generation of Joseph Muscat apologists is put out to pasture.