By Manuel Delia2020-10-28T15:21:14+01:00Wed, 28th Oct '20, 13:37|0 Comments
Manuel Delia · Setting The Date
The power of the prime minister to set any date they please within a 5-year term of a parliament to call a general election is another power the prime minister should not have. Rather nostalgically, they call it ‘the prime minister’s prerogative’. A word like prerogative should have no place in a modern democracy. It’s a legacy of monarchical times when the king (of England) had the ‘prerogative’ of setting the dates for the opening of parliament and its dissolution.

After revolutions, beheadings, republican interludes and restorations, that ‘prerogative’ was exercised symbolically on the king’s behalf by the prime minister, the leader of the majority last elected in a democratic ballot.

It is natural to expect the prime minister to use this power to give his own political party any possible advantage at the subsequent polls. 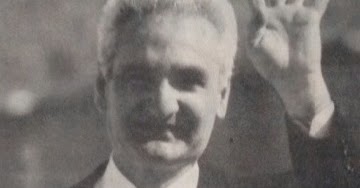 Famously Karmenu Mifsud Bonnici called an election for 1987 on the last possible date available to him after the expiry of the term of the parliament elected in 1981. That was because his party was trailing the PN and he gave himself as much time as possible to turn around that disadvantage mostly through abusive mass public sector recruitment and other acts of blinding corruption.

It is fair to say that Eddie Fenech Adami and Lawrence Gonzi called elections when they thought their choice would best suit their own parties. They got it right in 1992, 2003 and 2008. The ‘tactical advantage’ did not work out for them in 1996 and 2013. The 1998 election was called very early because Alfred Sant lost control of his small parliamentary majority.

This post is about the 2017 election and about the next election which, by all accounts, we are to expect early in 2021.

Look at the evidence given to the Daphne Caruana Galizia inquiry today by Alexandra Mamo, the police officer who heads the economic crimes unit. She’s speaking about crunch time for investigations that evolved from the recently concluded inquiry into Keith Schembri getting kickbacks for selling passports and the apparently soon to be concluded inquiry into Keith Schembri’s money laundering with the help of Adrian Hillman.

Those two inquiries started in 2017, after requests for magisterial intervention made by then opposition leader Simon Busuttil.

Simon Busuttil would have no doubt loved the calendar of the judicial process to fit into the political calendar. But the pace of police investigations and the pace of an electoral cycle do not match even without the subterfuge of the time. The pace of police investigations was slowed, mostly by the fact that there weren’t any happening. And the pace of the electoral cycle was accelerated by Joseph Muscat who used his ‘prerogative’ to get a quick cleansing baptism from the electorate that would forgive all his yet to be exposed sins. 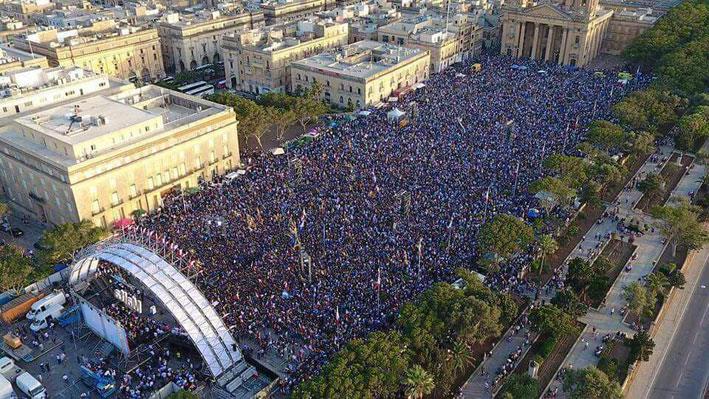 Though the 2017 election was called early, it would have happened by now. It is reasonable to think that if it was allowed to happen when it was due – by the summer of 2018 – some things would have emerged that would have made it harder for Labour to win.

It is obviously speculative to say what the outcome of a later election might have been. But it would have been harder to kill Daphne when the killers did. The killers were aware of that. We know that because they postponed the deed until after the elections.

Those extra months may have given her the time she needed to publish the stuff she was given about Electrogas. It may have been the time she needed to understand all the ramifications of what she was already in possession of. And maybe, speculative as the thought, the Maltese electorate might have behaved differently in an election that came after the government was comprehensively exposed for the fraud the Electrogas deal was.

Alexandra Mamo told the inquiry today that we are on the cusp of some great discoveries. To be fair we get so many of those that we barely flinch anymore. There’s the story of Heathcliff Farrugia, Labour Party darling, who handed in his notice as gaming regulator just before the news was to emerge that the police interviewed him about conversations with Yorgen Fenech.

He had been expecting this. On 14 August he changed his phone number. That’s around the time he was having uncomfortable conversations with the police.

He told Times of Malta that he did not actually travel with Yorgen Fenech on a trip to Las Vegas which was going to sound like yet another Silvio Valletta scandal. But a parliamentary question asked by Jason Azzopardi indicates that it wasn’t Heathcliff Farrugia who travelled with Yorgen Fenech to Las Vegas. That would be another official at the authority that is supposed to oversee Yorgen Fenech’s business. Nice.

Alexandra Mamo told the inquiry today she fully expects the details coming out of Yorgen Fenech’s phone to be relevant to the inquiry. But the inquiry will only see the details when the police are done working on them. Will that be before December 15, the deadline set by Robert Abela for the inquiry’s shut down? Not likely.

If the findings from these investigations are going to be “interesting” for the inquiry looking into state failures in the conduct of the government, then Robert Abela and the Labour Party are not going to be helped by this information coming out in public.

Think about it: charges against Keith Schembri, the erstwhile hero of the Labour Party and most powerful man in Labour’s government; evidence presented in court that shows Daphne Caruana Galizia’s reporting was accurate; criminal proceedings that show that Simon Busuttil was right all along and the evidence he provided in all but empty boxes led to prosecutions; evidence of collusion and proximity between a criminal boss and more and more members of Joseph Muscat’s circle, the same circle that put Robert Abela where he is and continues to sustain him.

In reality, the sight of those box files and the information that was already public before the June 2017 election should have been enough for Labour to lose that election. The prime minister’s prerogative helped his party retain power. The scandals had not ‘matured’ yet, they were still a matter of controversy and voters could still be told the government had done no wrong.

It was like Richard Nixon going for re-election because people had not quite yet understood the meaning of Watergate.

Now Robert Abela will try to get away with this again. That’s why we’re getting an election more than a year ahead of time. Now I said it’s natural to expect a prime minister to exercise any power they have to the advantage of their political party. That’s what Robert Abela may think he’s doing by bringing an election date forward by so much.

But it’s one thing to exploit a political power for partisan advantage, bad enough as that may be. What is happening here is the prime minister using his prerogative to try to diffuse the natural political consequence of a judicial process, to try to deny the people the basic knowledge they need to avoid reconfirming crooks and criminals to executive power to rule over them.

Like some other powers in the prime minister’s hands left as feudal legacies from centuries past over the green hills of England, the prime minister’s ‘prerogative’ to set election dates should be abolished. Most democratic countries who ever had it, have long since done away with this.

Since 1987 Labour never managed to fulfil even one of the terms of office they were entrusted with. Every time, they are unable to outlast the mess of their own making. Every time, fear of dreadful truth forces their hand and makes them exercise their prerogative before it’s too late.

Every time they hope that if they outrun the truth that crawls over the desks of police investigators and inquiring magistrates working at the snail’s pace of what we call our criminal justice system, they’ll be fast enough to catch up with their people’s applause. So far that’s worked very nicely for them.