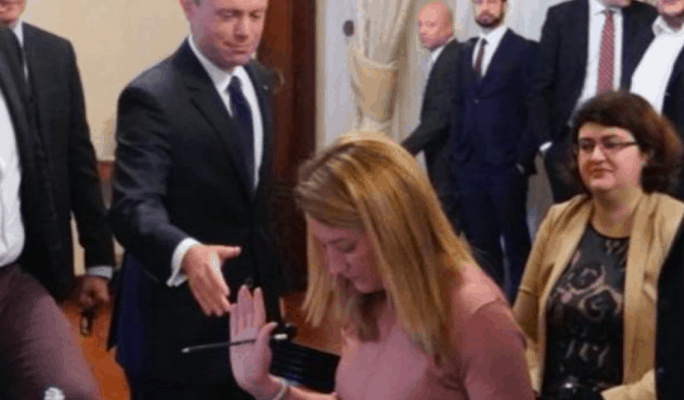 I generally disapprove of vicarious national pride. Often it brings about harmless displays of glum hysteria like the mornings after a Eurovision night. Sometimes it leads to madness like accusations of treason that are all too often bandied about.

Roberta Metsola has had more than anyone’s fair share of that. There’s a facile temptation now to say that her recent achievement of getting elected to the vice-presidency of the European Parliament makes us proud and is a good reflection of her country of origin. But that’s because we want a share in her success, when we really have none.

She was the one doing the work and she’s the one that got herself the unprecedented result. And given how Malta’s name has been dragged through the mud – by others, not by her – she has beaten some unlikely odds.

The fact is that apart from her obvious talents, during the last 4 years of disaster since the Panama Papers came out she managed to stay on the right side of things. It wasn’t as easy as it might look with hindsight.

When the scandals hit the world headlines 18 months before Daphne was killed, being on the opposite side of Joseph Muscat’s government was not the only consideration an MEP from an opposition party needed to make. Being perceived as taking sides against her own country is a sticky position for an MEP to find themselves in, especially when their country is a small-minded island with a Jungian unconscious that conflates anyone not born here with dreaded colonial masters.

That’s when all the misogynistic burn-her-at-the-stake trolls came out. Successful politicians like Roberta Metsola make it look like they don’t care when someone writes they want to incinerate them. But under that thick skin is a human being. Hard to believe for some.

Naturally, things intensified after Daphne Caruana Galizia was killed. The assassination itself crystallised the argument into good and evil. You either defended the killing or fought the killers and there was never a dilemma for Roberta Metsola as far as that is concerned. But things were made far more complicated during the hellish interregnum of Adrian Delia who was himself far more ambiguous. He created the absurd choice between loyalty to party and commitment to justice. Lining up with the latter became betrayal of the first. That can’t have been easy.

She charted a circuitous but safe route through enemy and friendly fire and outlived Adrian Delia relatively unscathed. Sometimes her decisions were rather enigmatic, sometimes positively infuriating. But they were always her decisions.

And there she is today, in a position of influence and political authority that is, I would rather suspect, far from an arrival for her. It is a platform for the next train she’ll be catching.