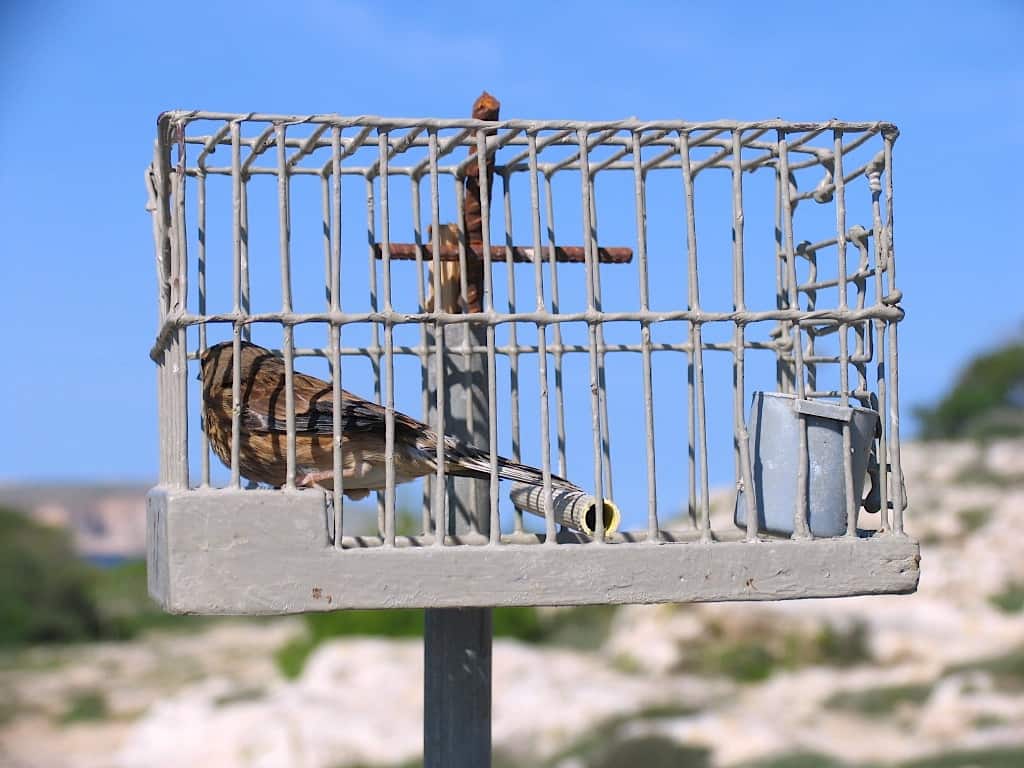 We only have the Kaċċaturi u Nassaba’s society’s version of what happened yesterday. They say a foreign couple held down a bird trapper and punched him in the face. In a separate incident a foreign couple – it is not clear if these are different people – set free a trapped bird and ran away from the scene.

The ‘Federazzjoni’ blamed Birdlife and CABS. Funny one that. For an organisation that often complains about the unfairness of it all when its members are branded with collective guilt, it pinned the blame for two incidents on organisations who are never known to have called for any physical resistance against hunters and trappers.

Every time some stork or flamingo or anything pretty with wings lands here, bets are placed on how long it will take for some anti-tank rifle to be trained on it to blow it to oblivion. The ‘Federazzjoni’ would be quick to disassociate itself from the “lone wolf” that did the killing, saying that the reputation of tens of thousands of law-abiding hunters should not be tarnished with the illegal behaviour of an individual.

That we are expected to accept. As we were expected to accept the “Federazzjoni” could not be blamed for the 2007 incident, when a bunch of hunters and trappers ganged up on journalists, physically assaulting them, at a “peaceful” march called by the ‘Federazzjoni’ itself. Darrin Zammit Lupi had to be admitted to hospital and Ben Borg Cardona had his camera smashed and the rest of his equipment stolen. The ‘Federazzjoni’ did not accept responsibility for its mob’s assault on free speech that time. 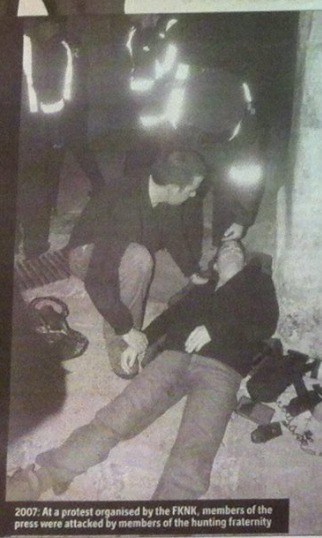 At that march, hunters chanted “Viva l-Lejber”, as they would.

Yesterday, the “assaulted” trapper was “trapping legally according to the rules on research,” the ‘Federazzjoni’ said. The detail was necessary to set the scene, as we all need clarity for the mental image of a victim-perpetrator relationship. It wouldn’t work quite as well if the ‘Federazzjoni’ said the trapper held migratory birds trapped in small cages and was using them as bait in order to capture other migratory birds in breach of international conservation laws. It would not work quite as well if they said this was an act of cruelty on the caged birds in his possession, which the trapper had every intention to extend to birds who until that morning knew nothing but flight.

Instead, the ‘Viva l-Lejber’ government they cheer on, created for their convenience the legal fiction which says that this gentleman was not actually cruelly trapping birds. On the contrary, he was a noble volunteer, a cog in the wheels of a grand scientific endeavour. The advancement of humanity absolutely depended on this man trapping more birds.

It’s not an entirely innovative ‘legal solution’, such as it is.  ‘Scientific research’ is how Japanese, Icelandic and Norwegian whalers continued to hunt minke and sei whales even after the moratorium on commercial hunting came into force in 1986. Apparently, they absolutely needed to hunt 17,000 whales between them, measure their stomachs, which is, of course, impossible without opening them up, and then sell the meat for consumption in a heroic effort “to avoid waste”.

Everyone sees through this. It circumvents the spirit of the whaling convention, undermines efforts for conservation, and all because of ‘traditions’ of hunting and eating whale, which you and I manage reasonably well to live without.

The present ‘scientific study’ is supposed to provide data on where the birds flying over here actually come from. The data would then be thrown back at the European Court of Justice that categorically ruled trapping should not be allowed.

We know little about who is conducting the research, what data is being collected, how many birds need to be trapped before the researchers can say they have a sufficient sample to draw conclusions, and, by inference, when will the experiment be over.

And there is very little evidence of enforcement of the rule that birds that are trapped are released immediately.

At this point, someone might suggest another ‘scientific experiment’. We would need to capture trappers in cages in order to examine their brain functions, what makes them tick, if other trappers would be attracted to them, and how the behaviour of trappers inside cages and outside them would change if their seasonal trapping activities were interrupted.

That, of course, would be absurd. As it is absurd to think that sabotage of hunting and trapping, let alone physically assaulting hunters and trappers is going to get anyone anywhere. But like ‘science’ and whaling, actively and aggressively disrupting hunting is not a local innovation either.

Famously, members of the Hunt Saboteurs Association in England go out of their way to disrupt fox-hunts, even the ‘sustainable’ variety where hunters declare they are chasing an artificial scent rather than an animal. Physical confrontations between supporters of hunting and its opponents have become in and of themselves regular Boxing Day traditions in the English countryside.

Here’s the rub. When the ‘Federazzjoni’ says their members trap ‘legally’, that doesn’t really mean much in a country where legal is anything Robert Abela says it is. The Labour Party will write anything into law to keep its voter support base happy. They will even write that trapping birds is legitimate because… science. They will do that even after losing a case at the European Court of Justice that confirmed the ban on the practice. They will write what is expressly forbidden in international law which makes the ‘legal’, absolutely and completely illegal.

The Labour Party will parcel out public parks and woodlands, and call them, without a hint of intended irony, “reserves”. The purpose of reservation would not be, as you would expect, to protect wildlife and growing things. It would be to protect those, equipped with firearms, that would terminate them.

Imagine the thrill for your average bird-trapper that has now been told this piece of rural park now belongs to him and any other activity (such as walking, running, cycling or eating) has been forbidden so that nothing would disturb his own choice of sport. Imagine the exhilaration in being told that you’re not merely trapping birds for fun, but this is your part in a major scientific experiment. Your ‘hobby’ has become a public service.

And imagine being told that in order to ensure your privileges are unaffected, and the experiment you are part of never ends, all you need to do at the appropriate time is shout ‘Viva l-Lejber’.

I don’t like it when people resolve their issues by punching others in the face. But how do you tell that trapper to wipe that stupid grin off his smug, bloodthirsty face?

Previous:GUEST POST: A corrupt deal, endorsed by a corrupt government
Next:When the going gets tough