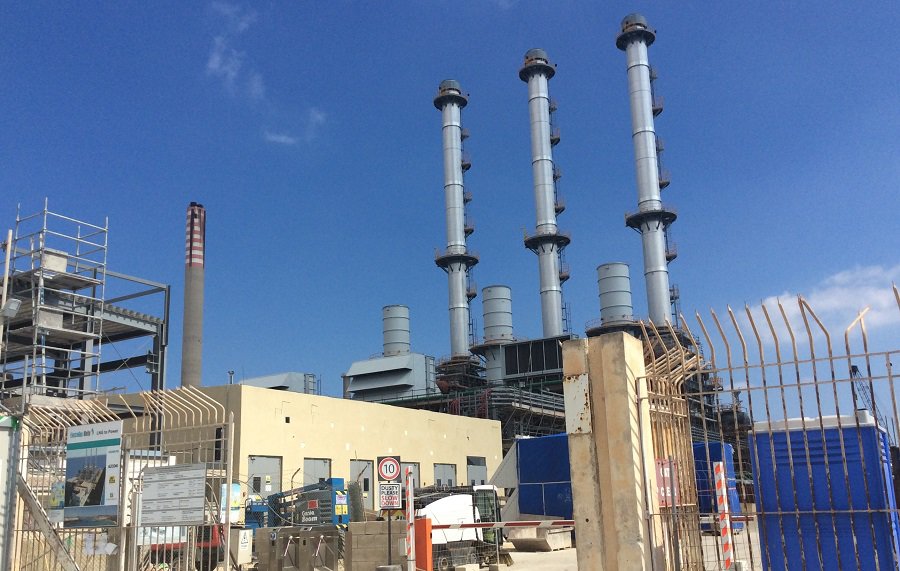 The National Audit Office (NAO) had issued a report on the Electrogas power station and indicated ‘shortcomings’. There had been a cheaper option, the NAO found. To many, this was and is a clear indicator of corruption. The evidence was damning but the government, at that time headed by the most corrupt political person in the world Joseph Muscat, was convinced that few, if any, persons would read the report.

The report stated that the €430 million government’s guarantee on Electrogas loan was ‘irregular and posed a significant risk that was just transferred to the taxpayers.’ The guarantee was issued in mid-2014 when the Electrogas Consortium was struggling to get funding. Electrogas bid to build a power station and enjoy a guarantee that Enemalta would buy all the energy they produce. They got the deal in spite of failing minimum requirements to get the public contract.

The NAO report also declared that the price per unit of electricity bought by Enemalta would have been 65% lower had the government stuck with the interconnector instead of building a new power station, with Enemalta losing €10 million over one year. Electrogas’s bid was assessed by – guess who – Nexia BT, the financial advisory company run by Brian Tonna, the person who opened Panama accounts for Konrad Mizzi, Keith Schembri, and someone more important whose name was given on Skype.

A leaked e-mail authored by Nexia BT said the two Panama companies were to receive payments totalling $2 million from 17 Black, a Dubai firm recently revealed as being owned by Electrogas investor Yorgen Fenech, the man charged with masterminding the assassination of Daphne Caruana Galizia.

The Auditor-General looked into whether Mr Tonna’s role in the selection process constituted a conflict of interest, as Nexia BT served as auditors for GEM, the company through which Tumas Group, Gasan Group, and CP Holdings hold their shares in Electrogas.

The NAO report corroborates a report published in The Guardian which claimed that Malta was paying €131 million per year for its gas, double the price for gas on the open market at the time. The report in The Guardian also revealed that €1.3 million were transferred to 17 Black, owned by Yorgen Fenech.

It also emerged, and this was confirmed in Court, that a presentation was given to the Labour Party before the election and the deal was struck before the 2013 election. The same presentation was then shown to the government after Labour won the 2013 elections. The corrupt Konrad Mizzi is on record saying that the selection process was a ‘rigorous’ one and ‘a model of good practices.’

A leak of 680,000 files from Electrogas shed new light on the secret energy deals signed by Joseph Muscat’s government. The files were leaked to Daphne Caruana Galizia months before her assassination and she was working through them at the time of her death. After her demise, the files were transferred to the Daphne Project.

The leaked documents show that details hidden from the public confirm that Malta was – and still is – losing tens of millions of euro from the new gas power station.

Energy experts told The Guardian that had Malta dealt directly with Shell it could have saved a lot of money. Instead, Malta is buying gas from the Azeri corporation Socar at a fixed price of €9.40 per unit. The gas which Socar buys is supplied to Malta by Shell. Had this not been a corrupt deal to put money in the famous three’s coffers, Malta could have bought directly from Shell eliminating Socar’s middleman profits.

One leaked document is about a $1 billion deal that Electrogas entered with Azerbaijan’s state-owned Socar, in which Malta has to import all its gas for 10 years. According to an NAO cost simulation, Enemalta could have saved €10 million over a 15-month period if it employed a better purchasing strategy.

The NAO report found that energy generated by the new power station cost an average of €50 per unit more than the Sicily-Malta interconnector and the difference did not include expenses incurred by Enemalta as a result of contractual agreements.

Last week Nationalist Party and Opposition leader Bernard Grech asked parliament to debate a resolution for the setting up of an inquiry to examine the decisions surrounding the Electrogas power station. His motion asked for a proper examination of the processes and political actions connected to the project, allowing the board to identify all individuals who were conscious of any abuses or legal breaches during the construction of the power station.

A number of allegations have been made connecting the multi-million-euro project to the assassination of Daphne Caruana Galizia. Grech noted how the PN has long warned that residents are paying for corruption in higher utility bills, with the contract binding government to Electrogas for 18 years. He said Malta was paying €91 million more for electricity.

The government did not support the motion. Parliamentary Secretary Clayton Bartolo tabled an amendment to the motion, which removed all references to a public inquiry and called on the Opposition leader to file a formal request for a magisterial inquiry on the strength of the evidence in his possession.

The prime minister said that the country’s institutions were working and he saw no need for the inquiry. Why is Robert Abela afraid of this inquiry? If the institutions are working some sort of action would have been taken following the NAO’s report. But nothing happened.

During the debate in Parliament, MP Karol Aquilina asked “which institution has come out to reveal information about 17 Black?” The information was only divulged by the Times of Malta and Reuters. He said this was a golden opportunity for government MPs to stand up and be counted or else face the music at a later stage, possibly in court.

Speaking with the press on Friday, Robert Abela declared himself against the ‘concept’ of public inquiries as they send a message that the country’s institutions are not working. Well, they aren’t, are they?

See the filth and the scandals coming out of the Daphne Caruana Galizia public inquiry on corruption in Castille. Were the institutions working then, Robert Abela? You didn’t do so many changes since January, did you? With his usual arrogance, Robert Abela called these inquiries (obviously referring to the Daphne Caruana Galizia one) as ‘shows.’ Our Prime Minister considers an inquiry about the assassination of a journalist, a daughter, a wife, and a mother as a “show”. Shame on you. The arrogance of the man is mind-blowing.

Robert Abela, now you can no longer say that nothing has happened under your tenure as prime minister and all the corrupt actions occurred when you were just a consultant to a corrupt prime minister. With the decision not to appoint an inquiry you are complicit in the deal, described as “riddled with irregularities” by the Auditor General.

Your decision will continue to cost the taxpayer more than €91 million per year. Add that to the €100 million that Chris Fearne confirmed the government will still be paying to Steward Health Care and that will make up to €200 million per year out of our taxes. All fodder for dirty pigs chomping on our money.

In a statement last Friday, #occupyjustice said that Robert Abela should be ashamed of himself. As the prime minister, he should be combatting corruption and promoting clean politics and the observance of the rule of law, not sheltering his corrupt predecessor and his ‘gang’ of corrupt friends.