Don’t be fooled by this. You’re still paying. 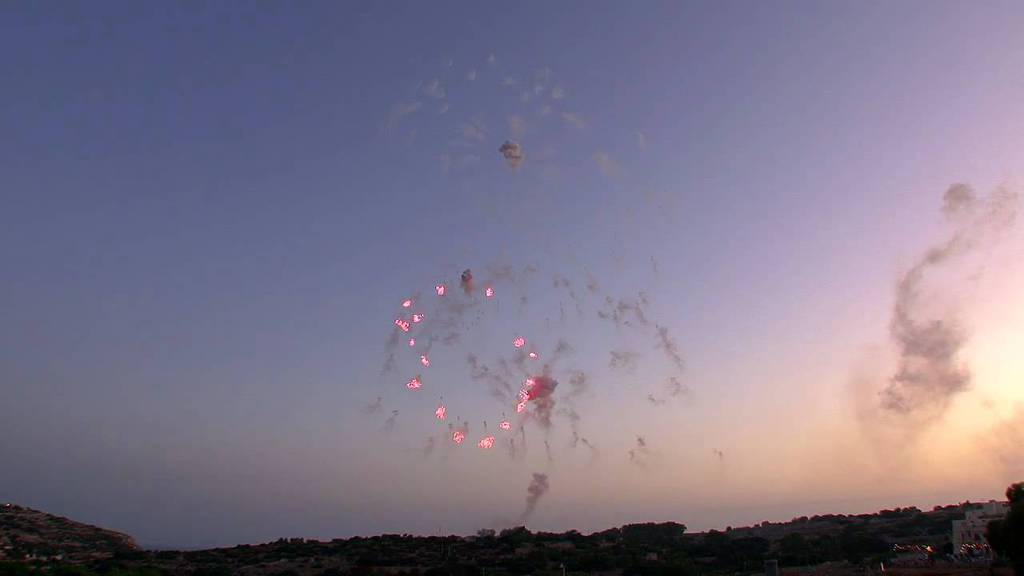 I enjoy a spot of fireworks as much as the next guy and I am in awe of the skills involved in putting together extraordinary spectacles. I live and work in Mqabba, the mecca of the national fireworks cult, so I get to see the best stuff, or so folks in Mqabba say.

If anything is good in Malta there has to be an excess of it. I live within ear-shattering distance of 13 festas and each festa uses fireworks for two weeks leading up to their particular big day and for a couple of days after that for good measure, which means that between June and September, not a day goes by that it doesn’t sound like the Germans are getting ready for another invasion.

You have to be here on the 15 August. Around 7 pm, 4 different statues of the Assumption emerge from their churches to a loud day-time barrage. None of the four Santa Maria villages wants to be the first to run out of explosions which means that every year we get an absurdly long series of explosions in four neighbouring villages, like four parallel battlefields or four interminable operatic octets out-screaming each other. Then for some 3 hours after that, depending on the weather conditions, the villages celebrate their festa smothered in a sepia cloud of sulphur and sundry sickly-sweet noxious gases that escape my elementary chemistry.

Still, fireworks have their practical utility. No one, not even my teenage children, gets to sleep beyond 8 am when the morning salute starts the hot summer day as it is meant to go on.

Let’s, for the sake of argument, say it is.

In a world where nobody interferes with the passions of others, the least the indifferent can insist on is that the practice is safe: that fireworks do not harm innocent bystanders. That in the manufacture, storage, transportation, display and disposal of the stuff, nobody gets hurt.

Safety costs money and it is imperative. We could all buy cheaper cars if they did not have to meet safety standards that are imposed on car manufacturers. But ‘cheaper’ is a secondary aspiration to ‘safer’. If you must have a car you have to wait until you can afford a roadworthy one.

Just because fireworks are somebody’s passion, it doesn’t mean that the entire country needs to cover the cost of their safety. The government yesterday announced they would be using proceeds from the selling of passports to cover an increase in the cost of safely transporting fireworks. The political idea is to hit two proverbial birds with one political decision. Fireworks enthusiasts are appeased because they won’t suffer a higher cost to pay for the transportation of their wares. The rest of us do not complain because the difference is not being paid out of tax money proper but from the government’s kitty from selling passports, which is supposed to be no skin off our nose.

This is still public money, however crooked its provenance. There still is an opportunity cost here. These funds could be used for a public utility, I don’t know, perhaps to change the showers at Mount Carmel Hospital.

But instead, the money is going to pay for transporting fireworks whilst mitigating the risk to the rest of us. The point is that higher costs for transporting fireworks safely may really have an impact on the activity. If it is more expensive to run safely there may need to be fewer fireworks. They may need to start firing their rockets a week before the festa day rather than two. Or perhaps they can start ‘burning’ at 10 am instead of 8.

This is not the sort of conversation that makes for friendly banter in my neck of the woods. And I can see why politicians would rather throw money at the problem than to have to tell enthusiasts they are free to fire their rockets as long as they make sure they have the money they need to do so safely. Which is what we’re told when we buy a car.

It’s not their money now, is it?