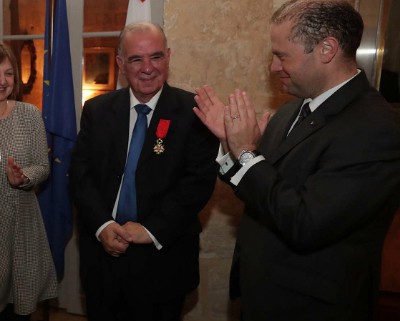 Yesterday’s decision by the industrial tribunal to award damages to John Bundy after he was unlawfully thrown out of his job as boss at the national broadcaster shows one thing at least. The board members hired to oversee the company were a bunch of amateurs who did not know the first thing about how to hire and fire a chief executive.

That’s what you get when cronies are hired to run public entities, instead of people appointed on merit.

The incident happened rather early in Joseph Muscat’s government. They really started as they meant to go on. And you, of course, get to pay the bill. John Bundy is being compensated for wrongful dismissal, which is only fair. But the people who wrongfully dismissed him face no consequence. Tax payers do. That’s not quite as fair.

Here’s another take-out from the tribunal’s decision yesterday. It turns out that when he testified in his own case John Bundy told the tribunal about things he had done that might have annoyed the PBS board and that had nothing to do with the reason they used when they fired him.

€5,000 in restaurant bills a year for a non-executive chairman of a small-town TV company. And that was before the CEO who was flagging the issue was fired. Tonio Portughese stayed on as chairman for several years after that.

Can we have an idea of the full restaurant cost over his tenure? Not that we’re going to get anything he digested back out of him. But we could at least ask why he didn’t use that money to start a restaurant review show or something.