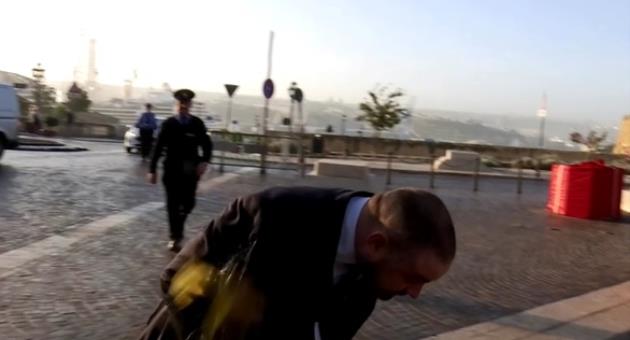 Take a closer look at Owen Bonnici’s ridiculously headlined article in yesterday’s The Malta Independent accompanied by an equally ridiculous photograph. It should not surprise you, perhaps, but the content is equally ridiculous.

I went back to the piece after a friend nudged me to, his sides still aching from the perverse trauma he felt he had to share.

There is no doubt that the newly hatched, just served, recently unpacked €95.5 billion EU Research and Innovation Fund is the biggest and largest programme in the whole world in its field.

I won’t bore you with a fact-checking exercise for the whole article but perhaps I should tell you that his very first sentence is factually way off the mark. The US Federal budget for R&D for 2021 alone is $142.2 billion. That’s down from America’s public spend on R&D last year of $156 billion.

But all this talk of billions is really immaterial on a Maltese scale. Owen Bonnici’s own figures say that between 2014 and 2020 Malta provided €32 million to finance research, that’s around €4.5 million a year. He also said that in that time Malta financed 160 projects which means that on average each project got around €200,000 of public money over a 7-year period.

This is not a criticism of the scheme. I’m breaking this down because now I want you to read bits of Owen Bonnici’s article and what he seems to be expecting to happen as a result of mixing in a petri dish €200,000 and a gung-ho pep talk from the former justice and former education minister. The gulf between his imagination and the universe he exists in could not be more yawning.

He really does believe his own words are the equivalent of a wizard’s spell:

…talking about the best of the best serves as a wonderful fire-starter for more researchers, innovators, entrepreneurs, and others to take a look at themselves and start believing that they can do things better than what they used to do and what others do.

Owen Bonnici spraying his shorts was the last missing ingredient in our national scientific adventure.

It is indeed a fantastic opportunity for Malta and its researchers to be able to form part of this family and this is a classic example of what punching above one’s weight means. But then again, all this noise from my end is more about the possibility for this beautiful island to ground its feet in the granules of future-time in research and innovation than anything else.

Ready to ground your feet in the granules of future-time? Let’s follow Owen Bonnici, shall we?

Malta is truly the most beautiful place on earth…

I’m going to stop you right there. Is this a scientific finding? How much of the Horizon 2020 funding went into establishing this? Move aside Ha Long Bay, the Colosseum, the Amazon rain forest, pyramids of Giza, the Taj Mahal, Angkor Wat and the Grand Canyon: there’s a metal junk-yard in Ħas Saptan that beats them all.

Hold on. That sentence goes on.

…and as we are voyaging towards the twin green/digital transition in the changed, post-disease world, we can make its economy stronger and its resilience much better by bringing our researchers and scientists closer to those unique and nation-changing funding opportunities.  In turn, this would give rise to a domino effect of new jobs, exciting careers and, why not, whole novel markets.

Can I have some of what he’s drinking? It looks like Owen Bonnici has it all figured out. But has he? Here are some zingers from his piece that will take away any tingling feeling of optimism you might be experiencing.

It is indeed a chain of cause and effect and one thing leading to another. That is why I took the very serious decision of jotting down three which could in a stretch of a single sentence. (Sic.)

You’d think that sentence, such as it is, was taken out of context which is why I always link the original article that I’m criticising so you can make up your own mind. Although that sentence is in the middle of the article, there’s no context for it. It landed there like a meteorite crushing into the Yucatan. He gives no idea what the “cause” is, nor the “effect” … let alone three of either. Or both?

All the information that sentence imparts is that after talking about science, Owen Bonnici fully expects it to happen on its own. Like cause and effect.

And he does not lack ambition.

All we need to remember is the largest, most ambitious scientific mission wo/man has seen, that which saw humans’ step (sic) on the moon back in JFK days.  That was a mission which looked pretty much impossible which science rendered it possible.

I can’t help pointing out that JFK had been dead 6 years in the year that “saw humans’ step on the moon”.

True, maybe every other mission which man/woman-kind can contemplate pales in comparison to the wonders of ‘Apollo 11’, but mission-based research can have a tremendous impact on our future and the future of our loved ones.  Imagine if through Horizon-funded research a green mantle falls faster on our Continent, turning rapidly, like a new environmental Midas, everything it touches into green-complaint (sic) pieces of existence.

Look up to the stars, Owen.

This missions approach has, like everything else facing the bright side of the moon, ups and downs.  But the biggest up is that the public at large knows that the billions allocated for research and innovations have a practical aim, a mission.  And science, as we know, can grab the ‘I’ ‘M’ from the world ‘impossible’ and wrangle with them until they break lose and fall on the ground into dark and obscure oblivion.

Oh, for crying out loud! He deserves another egg just for that one.

And yet another egg for this:

I really wish to live the day when Malta becomes carbon neutral, when putting petrol in a car becomes as extinct and rare as seeing your neighbour going to work in an Għonnella, when climate change is only the name of an unpopular NETFLIX movie and robots, AI, nano stuff and internet powered thingies are as common as political candidates’ leaflets piling up in cosy rubbish bins at the homes of our constituents in the thick of an election campaign or as a swarm of bees circling around a nest of honey.

I do recognise a bit of Owen’s statement. I’m a constituent of Owen Bonnici so my rubbish bin digests his ugly mug as a matter of course, along with other ugly mugs of utterly pointless time-wasters who couldn’t hire a half-decent ghost writer to save their sorry political lives, let alone ignite a Second Scientific Revolution by the force of words alone.

And in earnest of greater horrors ahead, Owen Bonnici assures us:

I intend to keep speaking about the success stories in the field because, in that manner, the public at large can conceptualise better what we are talking about and what our end game is.

Name one. Name one, Owen. Name one success beyond the school-book example of the man landing on the moon which had as much to do with you and your policies as an early draft of the ten commandments.

Welcome to the desert of the mind.

Previous:102 migrants rescued in Malta’s SAR; Malta not taking call from rescuers
Next:GUEST POST: Actually, we can handle the truth.