Finance Malta is an organisation that brings together commercial interests in the financial services industry and the government to promote Malta as a financial services destination. They have their work cut out for them. They have to convince the world this is not Panama, although what the rest of the world hears about this country suggests that it is.

The government appoints half the board of Finance Malta. Carlos Zarb is one of the government-appointed directors. His qualifications? Just one. He’s a Laburist. 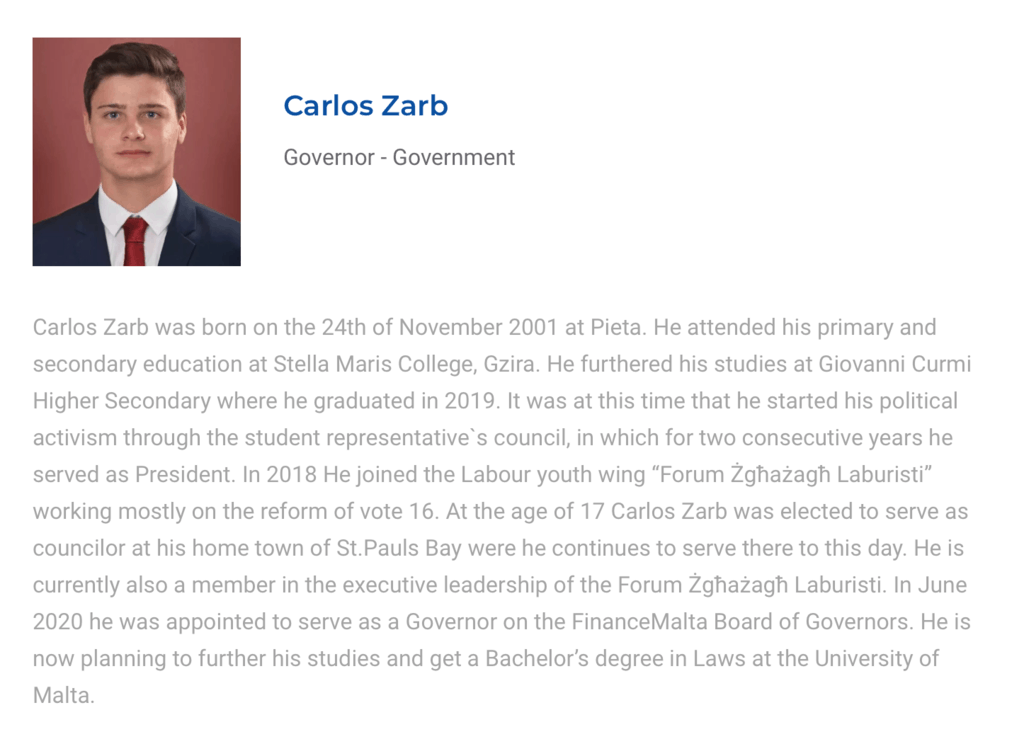 Carlos Zarb is a teenager. That’s not a metaphorical description of his intellectual faculties. He was born 19 years ago. He failed his, let’s call them, ‘O’ Levels and did not make it to the Junior College. He’s now caught up with his missing exams and he’s hoping to join a university course next year.

Otherwise, his curriculum says he’s a committed activist of the Labour Party youth wing. And that’s it.

Carlos Zarb reminds me of the Blackadder episode when Pitt the Younger pushed his Even Younger brother to run for Parliament. Blackadder asked with exasperation who would come next. Pitt the Toddler? Pitt the Twinkle in the Milkman’s Eye?

Now I’m sure Carlos Zarb is a great guy and all that but is there really no one in the country, no one in the employ of the policy-making departments of the government, that can add more value to the marketing organisation that is selling Malta’s finance industry to the rest of the world?

You know how we have come to accept that in between two equally qualified options, Labour would always pick the Laburist first. This takes that to the extreme where a candidate for a post needs show no qualification except that of being a Laburist.

How do you spell meritocracy again?