Going beyond square one 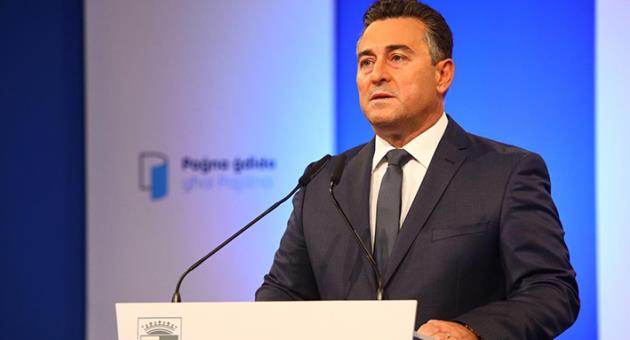 The first entry on the first day of this blog was an analysis of the 2017 election written two days after the result came out. Labour was in the throes of irrepressible celebration. And the taunts of vindication were everywhere. The trolls were all over the place. Daphne’s lies and Simon’s lies strengthened us, they were saying. Daphne is Labour’s secret weapon, they squealed in delight. The more you throw at us, the jubilant on the steps of Pilatus Bank shouted, the more we win.

Many within the Nationalist Party, in fits of uncharacteristic humility, swiftly accepted this narrative and made it their own. “We must remove the blogger from our Party,” Adrian Delia campaigned that summer as if she had ever been there.

In my analysis of June 6, I attributed the election results to more mundane causes. The PN’s campaign against corruption made many who publicly switched to Labour in 2013, publicly switch back to the Nationalists in 2017.

But while that was happening in plain sight of everyone, the PN was losing to Labour’s war in the streets. Labour was better equipped to campaign at a micro-level and used mass micro-clientelism as a tool to secure vote switching.

They did it effectively and it secured them electoral victory in the midst of what in the civilised world would be the political disaster of the corruption scandals exposed in the previous 18 months.

It should therefore come as no surprise that polling confirms that here we are, on the eve of another election, and the PN’s fortunes have not improved much over that election loss.

In the years 2017-2021, the PN should have worked to address its past failure to mobilise a network of communicators throughout the country. It should have energised its veterans and engaged a new generation of committed activists. It should have exploited dissatisfaction with corruption in politics to touch the raw nerve of indignation within young people.

I’m not promising it would have succeeded. But we’ll never know because they never tried.

Instead, the PN spent most of these last four years consuming itself with Adrian Delia’s simplistic plan of making the PN look like Labour. That ‘solution’ is the product of a misreading of the political outcome of the 2017 election.

The Adrian Delia analysis, such as it was, was that in 2017 voters showed they preferred a corrupt prime minister (Joseph Muscat) over a squeaky clean one (Simon Busuttil). Factually, that’s not incorrect. They did vote for one over the other. But the cause, I argued in June 2017 and I continue to argue now, was not that the electorate leaned towards Labour having weighed the content and packaging of the policies of either party. Anyone who actually considered the matter openly declared they were voting PN.

The case was rather that Labour was and remains the more organised party on the ground; the party with the better reach to bring a favourable vote out; the party that knows better how to use its reserves of currency to persuade voters to stick to them.

Instead of building an army of committed campaigners, the PN’s leadership went into an all-out war with the ramshackle rump that still stuck to it. I’m often reminded of a scene at the PN club in Mellieħa one particularly tense Sunday morning. The committee there thought that a visit by Adrian Delia would be divisive and the club should remain closed. Instead of living up to the home-grown wisdom of his party’s local campaigners, Adrian Delia used the spare keys and opened the club anyway, describing himself as some sort of Joshua bringing down the walls of Jericho.

The club was full of his rent-a-crowd followers but there was barely anyone who could find their way to Mellieħa without getting lost twice.

The PN kept polling ever more abysmal numbers as it haemorrhaged votes it had kept together even at its lowest point: the June 2017 election.

Bernard Grech’s election in October 2020 turned that round in record time. Now we’re at a point where people who voted for the PN in June 2017 are prepared to vote for it again if an election were to happen tomorrow. But that’s just not good enough, is it?

It is some sort of achievement of course that political Armageddon for the PN has been miraculously averted. But the PN’s achievement amounts to falling back to square one. It is back to the number of votes it could secure without the need for a street-mobilisation network.

None of these people needs to be mobilised. These people go to vote of their own accord, either out of loyalty or out of conviction, however enthusiastic or reluctant it might be.

But they do not amount to half the voting population.

People who follow closely the events of the day, active citizens motivated by their conscience and the interests of the community, often wonder why we need political parties. Why can’t we just choose responsible and conscientious candidates as our representatives and hold them to account?

Fair point. But here’s one reason why we need political parties. Because you can’t contest elections merely on policies and the quality of your candidates. And to be fair both our parties grossly neglect both those requirements. Nor can you run elections merely as a media and packaging factory house, though the PN has tried that, initially successfully, since 1996.

To win elections you need organisation. You need an army in the streets. You need conversations between neighbours. You need people talking and wanting and asking and getting.

And the PN has not remembered to do that.

Daphne Caruana Galizia had read my article of 6 June and she linked it on her own blog. The headline she had chosen was “this is why the Nationalist Party lost the election”.

Previous:The heinous painting of the attic
Next:Are we going to party?