You might think I’m asking for it. Think again.

Newsbook revealed this morning that the parliamentary committee that reviews reports by the commissioner for standards is tomorrow due to discuss a report after a complaint Repubblika made about an advert run by Carmelo Abela.

It was a full-page advert taken out in newspapers, half of which was taken up by a vanity glamour shot of Carmelo Abela himself, emblazoned with the slogan “towards a better quality of life”. The advert didn’t specify whose life. 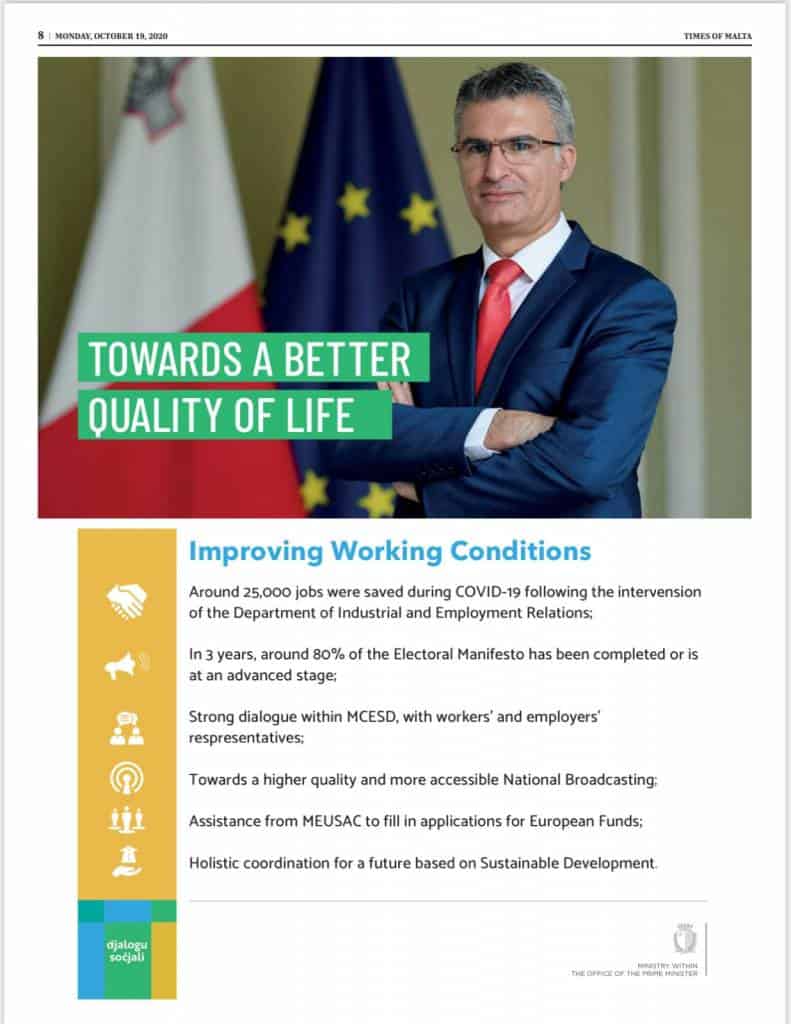 At the time Repubblika told Commissioner George Hyzler that if Carmelo Abela wanted his dimple chin all over newspapers he should bloody well pay for that. Instead, a faded image of Malta’s coat of arms at the bottom of the advert, considerably less pronounced than the dimple on Carmelo Abela’s chin, means we get to pay the bill instead.

If I’m going to pay to gawp at someone’s face, it’s not going to be Carmelo Abela’s. And last time I had to spend money to admire Sarah Michelle Gellar I was 17, before the Internet and real-life had set in.

I understand politicians need us to be aware of their existence and I understand it’s an expensive thing to do. But that doesn’t mean they can call us on reverse charges. (And you thought the reference to Sarah Michelle Gellar would make me sound old).

I also understand that as a taxpayer I may have to make a contribution towards the cost of politicians to campaign democratically. It’s not because I like to. But because I’d rather have to pay myself than only see politicians that enjoy the support of hidden millionaires. But if tax money is going to be used by politicians for their self-promotion, the money needs to be spread fairly among politicians of all hues.

Instead, we have a number of offences to decency here.

Second, advertising by the government needs to be driven by some objective need to inform the public. Therefore an advert saying that you must take the covid vaccination or you’ll make other people sick is a legitimate expense. An advert saying that looking into Carmelo Abela’s dreamy eyes if you can get past his chin would improve the quality of your life is just so much bullshit.

As is this other presumably tax-payer funded ego trip by Ian Borg. And so many adverts you’re likely to see as the general elections get closer.

The message to the committee in parliament that decides these things then is, can we have some standards, please?

Previous:The evolution of a lie
Next:Joe Cuschieri. He’s still there.