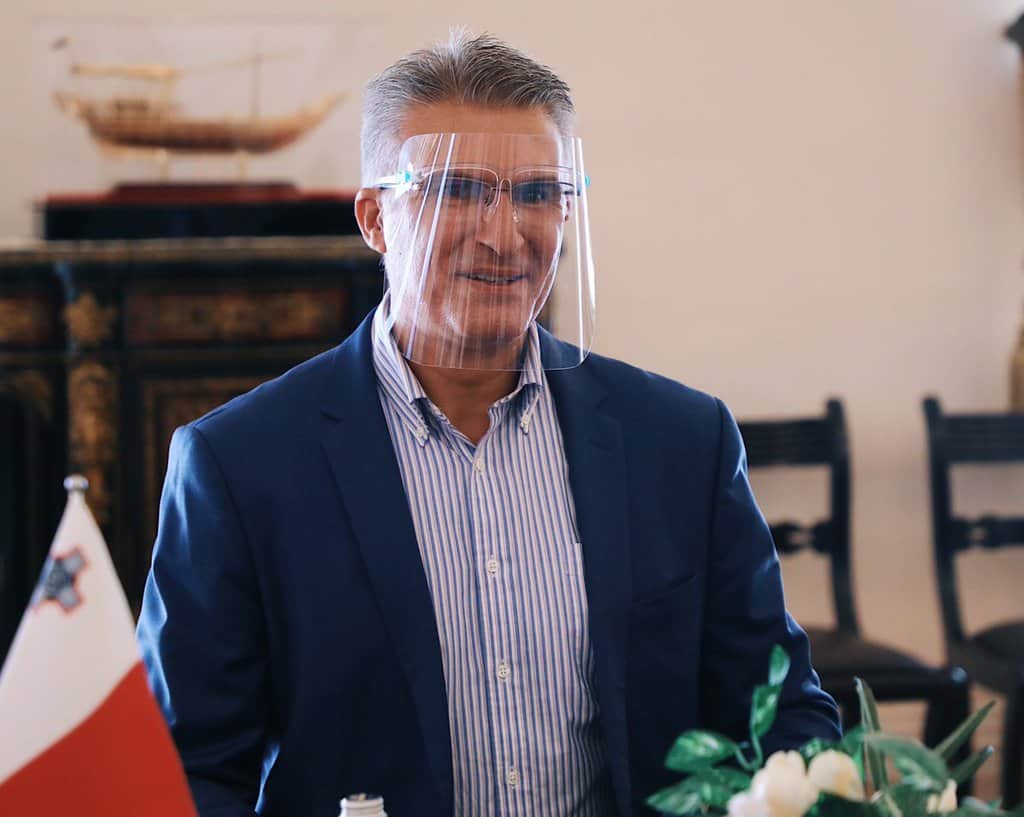 Repubblika reported Carmelo Abela to George Hyzler for spending public money on government-paid adverts sporting little more than a glamour shot of himself.

The Labour participants of the committee George Hyzler reports to are protesting that Newsbook had seen the report. They said it was leaked to Newsbook when it should have been a confidential document. And that, they said, was a reason for them to miss the meeting where the report was supposed to be discussed.

They already postponed a prior appointment when they objected to the fact that the PN was represented on the committee by Karol Aquilina. Karol Aquilina is the brother of Robert Aquilina, the president of Repubblika that made the complaint. This, the Labour Party representatives said, amounted to a conflict of interest. The PN replaced Karol Aquilina and yet no meeting is being had.

Now, I don’t know what Newsbook has seen. I don’t know if someone leaked the report to them. I hope they don’t take this as deflating their journalism, but the report they wrote yesterday did not really need them to see George Hyzler’s report to give them the information that they published.

It’s quite simple really. The procedure is in the law. When the commissioner for standards in public life does not send a copy of his decision to the complainant, it is because he has decided to send it instead to the parliamentary committee that reviews these things. The law says that the commissioner only sends to the parliamentary committee reports in which he finds wrongdoing and is recommending to the committee sanctions against the subject of the report that cannot be swept away with a simple apology.

That procedure, which is there for all to see in the law, meant that the moment the report went on the agenda, everyone was implicitly informed that Carmelo Abela was in trouble.

Needless to say by waxing melodramatic about what they say is a leak of the report they confirm, if any doubt persisted, that Carmelo Abela was toast.

Just how much trouble is he in? Perhaps I should explain. “Breaching ethics” is punishable by political slaps on the wrist. Carmelo Abela shouldn’t have spent his Ministry’s money to run a personal vanity campaign. The committee can haul him in and demand an apology and if it truly becomes embarrassing he may be forced to resign from the Ministry.

But if it gets that far there’s something far worse waiting for Carmelo Abela. The police would have to dig up the criminal code and have a discussion with prosecutors on whether Carmelo Abela can then be charged in court for misusing public funds.

That’s really the same charge they had filed against Giovanna Debono’s husband Anthony, though they failed to prove their case there. Presumably, it’s going to be what they slap Toni Bezzina for because, they say, 9 years ago he used public works employees for a three-hour job to whitewash a 12 square metre room in the attic of his local party club. For Anthony Debono’s case, they needed a witness the court did not believe. They will need witnesses against Toni Bezzina.

The work to prosecute a case against Carmelo Abela has been done for them by George Hyzler, waiting to be sealed and delivered at a meeting of the parliamentary committee set up by law. Labour will probably filibuster until parliament is dissolved and an election is called.

Understand this. They may find ways of obstructing the course of justice – political and legal – until an election comes and everything is wiped clean. But that won’t change the fact that Carmelo Abela (and, I hazard to guess, other government Ministers) misused public funds for personal propaganda.

It’s 2017 all over again. For as long as Keith Schembri and Konrad Mizzi were protected, sheltered from political resignations and criminal action held back because Peter Grech and Lawrence Cutajar would not dream of touching people in political office, the Labour Party could say this was just about “allegations”.

Now we know, in the case of Keith Schembri, those “allegations” could materialise into criminal indictments. We knew it then too but Labour covered up for him for as long as it could.

I despair when I realise people don’t see that when this happens the Labour Party proves it has learnt nothing through this crisis. I speak of the Labour Party because they are the ones being tested again and failing. But any political party that knows or has reason to believe that people in its ranks have committed wrongdoing and continues to dodge bullets hoping they’ll continue to be missed is complicit in creating the air of impunity that is causing this.

And this happens while the Labour Party, using the spare face it has stuck to the back of its head, apologises for the “mistakes” of the “few” that it did not manage to continue to cover up.