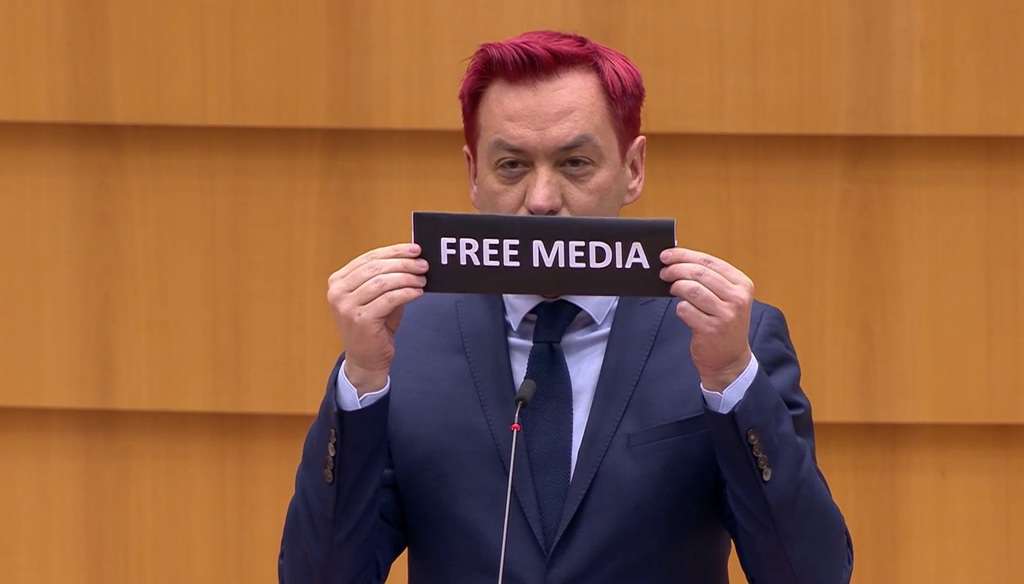 As parts of the independent press are getting switched off in Europe, Malta should be on the lookout for any symptoms of the spread of this contagion.

The situation was and remains bleak in Malta. We’re 81st in press freedom rankings. PM Robert Abela wanted to shut down the public inquiry into Daphne Caruana Galizia’s assassination. TVM, the newsroom you and I are funding, isn’t publishing any investigative stories about governmental corruption. Maltese journalists are facing contempt of court charges for revealing links between murder suspect Yorgen Fenech and senior government officials. The list goes on.

However, I’m optimistic that things can get even worse. I’m currently following a master’s degree in journalism and one of my tasks was to look into the deteriorating media situation in Hungary – just 8 places below us in the press freedom ranking.

Hungary is led by the infamous Viktor Orbán who heads the ruling Fidesz Party. Hungary, like Malta, is plagued with rule of law problems.

In March, during a European Parliamentary debate on press freedom in Hungary European Commission VP Věra Jourová sounded the alarm about the independent media “switching off” in Europe.

I spoke about Hungary with Jamie Wiseman who is the Advocacy Officer for the International Press Institute (IPI). He told me that the Hungarian model used to attack the press is being exported to other EU countries. So far it’s been spotted in Poland.

It’s important for us to know about it as Malta isn’t immune to any such models.

The four tactics used by Fidesz

Fidesz divides the journalistic community. Journalists it disagrees with are publicly attacked. Foreign journalists are branded as anti-Hungarian. This creates a hostile climate.

Fidesz goes after public service media. Staff are gradually replaced with party loyalists. This change is done over time so as not to arouse suspicion. Eventually, the media outlet becomes incredibly biased and acts as a mouthpiece for Fidesz.

The third tactic used is state capture. Fidesz’s allies are placed in positions of power in all sorts of entities such as councils and competition authorities. These bodies then block certain moves by independent outlets. This state capture financially weakens the media in preparation for the fourth element.

Wiseman said that this model is designed to operate in grey areas of the law to avoid EU action. He suggests that the EU should counter what’s happening by basing the EU funding a country receives on its commitment to safeguarding European values.

‘We didn’t really think it through. We just jumped in.’

After a long career reporting from her office in central Budapest, Veronika Munk put down her pen and closed the door for the last time as she led 80 colleagues in resigning en masse in protest against government interference with the media outlet Index.

“My colleagues and I didn’t really think the whole thing through. We just jumped in. As soon as we finished our termination period, we started organising Telex,” Munk told me. She’s now Telex’s Editor-in-Chief. It’s an independent news website that has grown to be one of the largest in the country within less than a year. It attracts around 600,000 daily readers.

Nevertheless, the job means harassment, scapegoating by the government, and a cut in wages – the reality of what it means to be an independent journalist amid Viktor Orbán’s crackdown.

‘Orbán takes questions once a year’

I also spoke with a young Hungarian journalist Gergő Illés from the smaller news website Azonnali. He told me that independent journalists have only one opportunity every year to ask questions to PM Orbán at an annual press conference.

Illés says that information about current affairs in Hungary usually comes from the pro-government media empire KESMA. This is a conglomerate of hundreds of outlets loyal to Fidesz which aren’t allowed to ask critical questions.

The answer to whether or not Malta will succumb to a similar fate depends on our ability to detect and fight against threats to the local independent media houses.

Christoph Schwaiger is a journalist and the host of Repubblika’s online current affairs programme.

Previous:“No one in the country is convinced that all involved have been arraigned in this case.”
Next:GUEST POST: The fall of the ‘moviment’