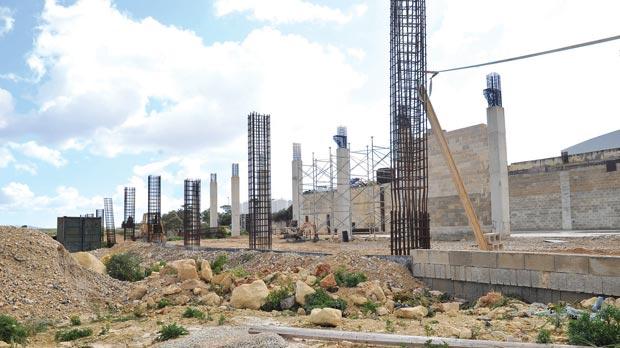 The edifice Charles Polidano, iċ-Ċaqnu, built opposite the Lufthansa hangar has been empty for years. It is the most visible of a whole range of buildings he constructed in Ħal Farruġ without permits and in breach of planning rules. Some estimates say that in Ħal Farruġ there are some 64,000 square metres of land underneath buildings developed illegally.

A chunk of buildings he constructed without bothering to ask has been “sanctioned” yesterday. The justification that iċ-Ċaqnu put forward for building a residential block opposite Lufthansa wasn’t very complicated. He needed it.

He needed to justify building his office block twice as high as the limit allowed for that sort of thing. And the excuse was that across the street there’s a tall aircraft hangar. There was no suggestion that iċ-Ċaqnu repairs aeroplanes in his office.

The buildings have been there for years and no one seriously expected that the illegalities would be reversed. It is ironic that the more environmentally harmful and egregious a planning offence is, the less likely it is to be reversed. Much of that is practical. If you dig out a pond in the countryside it should be easy to backfill it. If you replace pristine countryside with a concrete monster, you’re never going to go back to pristine countryside.

This sounds like a justification for doing nothing about major planning outrageous. It isn’t. It’s an argument to move quicker, and act firmly with offenders immediately the offence commences. There are heaps of past enforcement notices and actions on the site. But clearly, they haven’t been of sufficient deterrent because the buildings are still there and the past offences of their construction have now been laundered.

Surely, however quick and efficient construction is, there’s a point before too much damage is done, that one realises that iċ-Ċaqnu is spoiling another 10,000 metres of countryside in his sprawling Disney park from hell. Isn’t there?

Previous:I’ll sit this one out if that’s ok
Next:France Inter: “An investigation too far”