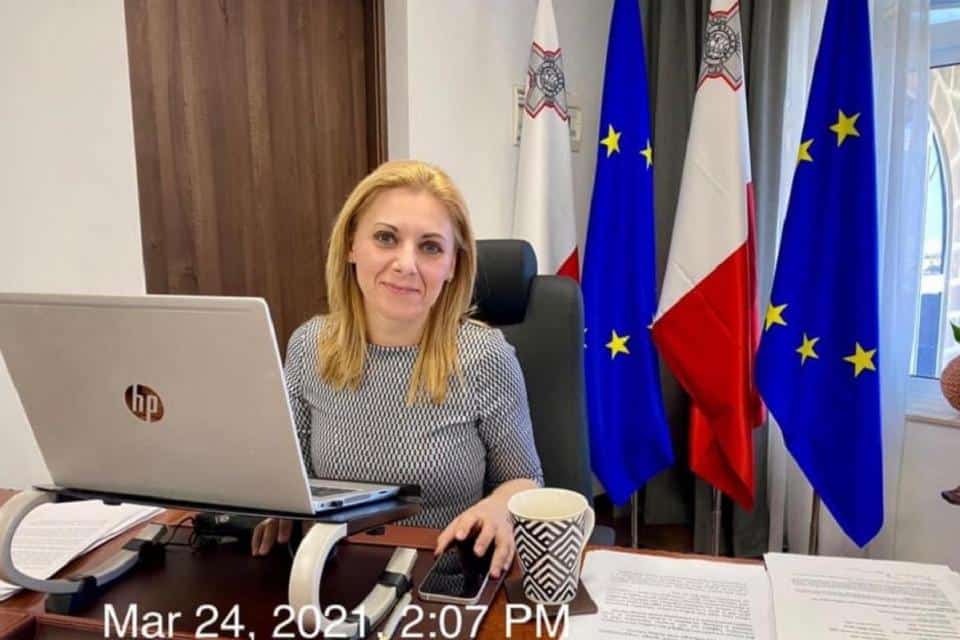 Justyne Caruana, brought back from political limbo having resigned because of her toxic marriage with disgraced Deputy Police Chief Silvio Valletta, is back in the wrong sort of news.

Soon after she was re-instated, the prime minister ordered her to cancel a contract she gave to Daniel Bogdanovic, retired footballer, and described in the press as her very special friend. For clarity, this wasn’t a private contract to get her roof painted. This was a contract given by her Ministry for Daniel Bogdanovic to do what far more qualified employees of her Ministry are paid to do anyway.

So – and here’s the nice bit – Malta Today ably reports that police charges were issued by Inspector Josef Gauci. Josef Gauci’s brother, Steven Gauci, is a staffer in Justyne Caruana’s Ministry. She handpicked him for the job. Him? Steven? Josef? You never really know with these guys what’s business and what’s pleasure; what’s the borrowed robes of State and a little roadside comfort.

Please stop! These guys make me pine for a desert island in the South Pacific where I could live with a coconut tree, a burst football called Wilson, and an imaginary friend I’d name Friday because that’s my favourite day of the week even on a desert island.

If someone from the writing team at The Bold and the Beautiful came up with a storyline like this, they’d fire them for stretching their audience’s imagination too far.

Women scorned and gaslighting men are a fact of life, I grant you. But the exhibitionism of this spectacle is not merely undignified and awkwardly comedic. It hurts our eyes and ears. Why can’t these people live out their Kardashian fantasies without inflicting it on us? How bored do they think we are?

Why can’t we get on with our lives without having to spend time looking away from the very serious existential problems we are facing as the blessed few chosen to live on din l-art ħelwa to wonder about what fresh incestuous, drug-infused, money-grabbing hell is hitting us next?

These guys have redefined the term ‘scandal’. Scandal implies shock, disillusionment, a loss of innocence, a sinking feeling of surprise that someone you thought highly of has fallen short of some sort of standard: yours, theirs, somebody’s.

There are no scandals anymore. Just another day of futile, hollow drama. The abortion of common sense.

Times of Malta reported that Justyne Caruana dropped the stalking complaint against her very good friend’s ex-wife. It changes nothing except that it adds another futile layer of drama to the whole charade. This is exhausting.

Previous:Truth and Justice: Ann Demarco
Next:Here’s something that really matters