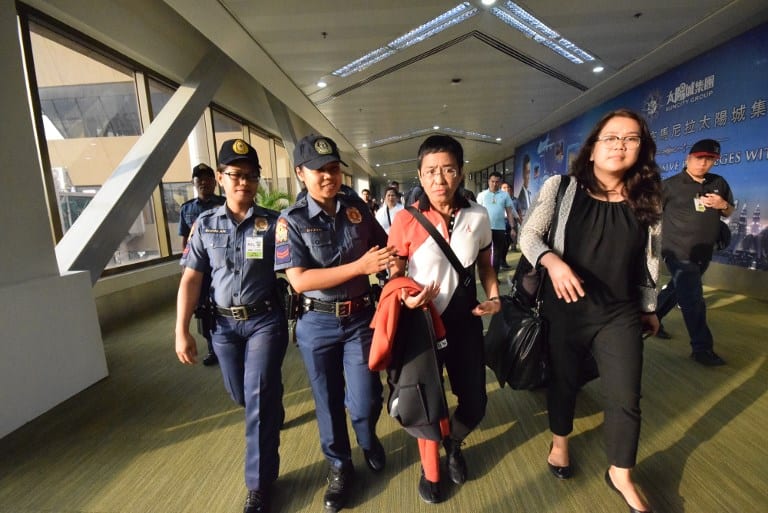 This is the first time in my life that someone I have once met and spoken with has won a Nobel prize. I don’t expect that will ever happen again. Maria Ressa has been awarded the Nobel peace prize jointly with Russian journalist Dmitry Muratov.

The Nobel prize committee said the pair has been awarded the prize as representatives of all journalists who stand up for the ideal of defending freedom of expression.

It is a very timely award and the Nobel committee joins the global effort to push back on encroachment of free expression. Significantly another nominee for the award this year was RSF – Reporters Without Borders, that also campaigns for the protection of journalists and free speech.

When I met Maria Ressa three years ago, she spoke to me about that other representative of the work of journalists to protect free expression and people’s right to know. Ressa has faced legal harassment, trumped up criminal charges, and persecution in the form of tax audits and fake investigations. She spoke to me about a journalist whose battle for free speech culminated in her killing four years ago: Daphne Caruana Galizia.

If you like, do please read the post I had published the morning after I had met Maria Ressa.

Well done, Maria. Yours is truly an inspiring example.