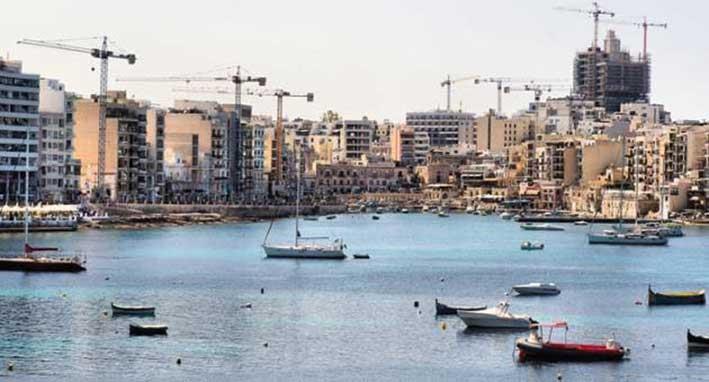 There was another proposal by the MDA. It seems like they made the suggestion because of all the ongoing pressure on people in possession of wads of cash. It’s not just banks that are rejecting anyone walking in with a bagful of cash to buy property. Notaries are under a lot of pressure by regulators as well. Everyone is nervous about the FIAU’s clampdown. The holiday is over.

Contractors, or at least some that must be on the MDA’s mind right now, are sitting on piles of cash they don’t know what to do with. The process of converting cash into concrete, a standard off-the-shelf money-laundering and tax-evading technique, is becoming tougher to resort to.

When property deals were completed in cash you never needed to ask where the money came from and where it was going. Almost universally that meant that no tax had been paid when the money was earned. It would almost universally mean that no tax would be paid when it would be spent, including on the materials and the works of the construction project they would be spent on. And, in some cases at least, this created the opportunity to launder proceeds from crime and corruption into the construction system.

The MDA doesn’t want the party to be over. They’re finding it tough to launder their money so they proposed today for the government to do it for them against a fee of 5%. They are asking for an amnesty. Their plan is to show up at the Finance Ministry with bags of money, give 5% over to the government in exchange for a certificate they can then use to deposit the rest of their unexplained cash in the bank, no questions asked.

Not only is this in and of itself money laundering. At 5% it is relatively cheap. It is very cheap. Casinos, twisted property dealings, restaurants-as-fronts, and all classic money-laundering operations would cost far more than 5%.

Trust the guys at the MDA to find an opportunity in every crisis. As someone once said chaos is a ladder.

If the government were to open up a window for this sort of amnesty, allowing unexplained wealth to be cleaned out in one fell swoop, we’d be institutionalising financial crime. The MDA, bless them, do say they would expect the government to start enforcing anti-money-laundering laws after this one-time amnesty. We promise we’ll be good tomorrow, they say.

We’re all expected to accept that they came up on all this cash without any wrongdoing. Let’s do that. Let’s for the sake of argument assume that all the cash they have is hard earned from their blood, sweat, concrete, and tears.

The least they could have done is have the decency to admit that they’re as a bare minimum guilty of avoiding tax. They could have offered to surrender 35% of the cash in hand in lieu of avoided tax, penalty free, interest free.

Isn’t that what happens to the rest of us? If we’re in employment our tax is taken away from us before we’re even paid the money we’re being taxed on. And if we’re self-employed and we fuck up or our accountant fucks up and we’re late paying taxes we have to cough up the full amount and try to negotiate down the penalties and the interest we would have accumulated for paying late. Or we go to prison.

When we dutifully pay tax on time we take out of our pockets, money we could otherwise use and reinvest for our own profit. People could avoid taking out loans to cover their investments if they had all they could hold on to extra untaxed cash.

Much of their wealth today then is not just there because they didn’t pay tax but also because they re-invested and profited again from the money they should have paid in tax.

And now, they turn to us to persuade us they are making some glorious sacrifice by giving up 5% of all the cash they have trapped. They owe far more than 5%.

That’s nowhere near all of it. The cash they’re stuck with is just what’s passing through their cupboard under the stairs. Consider all the unpaid taxes they have already laundered in hard concrete in all the development they’ve done while they could still get away with operating mostly, if not entirely, outside the documented market. They’re not offering to pay 5% on that. They got away with it and we’re not to say anything about it.

Now here’s the thing. Political parties are still not financed by the state. The MDA is asking for a get-out-of-jail-free card they promise to use one-time only. Will this prove to be the last time they use their power, wealth, and influence to live up to the “wrong perception” that they are able to pull the strings of political parties?

They sure have upped the stakes this time. Until now their expectations were that planning laws, or occupational safety laws, or even tax laws, apply to everyone but them. Now they want an exemption to anti-money laundering laws when they’ve been for so long such a big part of the problem.