Thin numbers in a square It would be obtuse to behave as if the growing feeling of apathy and indifference is not there. Once again a widespread feeling of acceptance and submissive inevitability keeps many people who shouted angrily in the streets just months ago, at home, their TVs plugged into the Matrix, escaping from a reality they cannot change.

We’ve been here before. Hours and days after Daphne was killed thousands flooded the streets, fuelled by anger but harnessed by hope that their presence and their voice could amount to a response to the evil and the corrupt.

Weeks and months later most of those voices fell silent. They did not change their opinions about the injustice of impunity, corruption, even murder. They felt instead their opinions no longer needed expression. The seething anger could no longer be tempered with hope for change. You either allowed the acid of frustration to consume you or you soothed it by looking away to think of something else.

Until, two years after Daphne was killed, the flickering candle kept alive by a handful of activists, burst into a huge flame that consumed Joseph Muscat’s authority. It felt like an arrival, a vindication for the days, weeks, and months of braving insults and government suppression, keeping a protest going, meeting monthly on cold winter nights, hoarse voices shrilling above the din of Christmas shopping and festa band marches.

December 2019 felt like an arrival but it wasn’t. The power structure of the Labour Party ruthlessly pruned itself, discarding wood wrongly perceived to be the vital trunk of this tree. It pushed Joseph Muscat aside, untethered Chris Cardona, Keith Schembri, and Konrad Mizzi, with excisions that should have been fatal to the power edifice they took credit for.

But the Labour Party and its huge network of dependents, its funders, its beneficiaries, its intermingling interests, did more than survive. They thrived.

Opinions about it have not changed. The anger and frustration of people who want more for their country than the dripping fat from shady, corrupt deals, and the profits from laundering money embezzled by tyrants or extorted by mafiosi, has not abated. What has withered instead is the hope that anything they can do can change anything. Once again the challenge is seen as greater than anyone’s ability to overcome.

I think back to 1 May 2018. Daphne had been dead for 6 months. Labour organised a mass meeting outside City Gate and supporters held banners with the hashtag #JOSEPHMUSCATPROJECT. The banners mocked the work journalists in Malta and in many other countries were doing to continue Daphne’s investigations. On stage, cheered as heroes, almost gods, Joseph Muscat and Chris Cardona raised their hands imperiously. 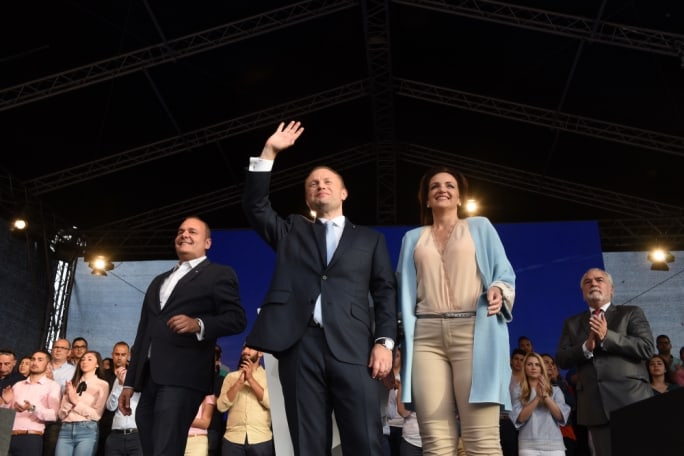 The Daphne Project’s investigations would show how Daphne had been right. But that came much later. At the time, it felt like no voice could speak louder than those thousands cheering Joseph Muscat. Certainly not the voice of someone who was dead.

On that day, activists put together a short film of a young woman visiting the site in Bidnija where Daphne had been killed, her lone voice barely audible over the valley’s wind. The film embraced the overwhelming odds of the truth spoken by someone alone being heard over the lie screamed from the tops of lungs of a host of tens of thousands.

We’re there again. A few, symbolically one, isolated, symbolically in Bidnija, chased out of our city by the unanimity of support for the status quo. The opinions of those who used to be present to support us have not changed. The promise of reward for their convictions, however, is further than ever.

It would have been reasonable for people who consider the killing of a journalist as a result of impunity generated by government action or failure to act, a political injustice that should be punished by political change and the loss of popular support for the responsible ruling party.

The confirmation of the Labour Party in power at the first election after Daphne’s killing is as unjust as it is inescapable. The ultimate political jury in the trial of those entrusted to protect our democracy – the electorate – acquits those guilty of harming it so egregiously, like no one ever had before. Labour’s acquittal is a fresh wound inflicted on top of the unhealed wounds caused by the assassination.

And the acquittal comes after so much had been achieved to document the government’s responsibility. We now understand why after resisting for so long Labour agreed to have a public independent inquiry. It knew all along any independent inquiry would find them responsible for the killing of Daphne. They also knew they could make it so that people would not care.

Grey listing by the Financial Action Task Force? Are they bothered?

The most recent and perhaps most elegant symbol of the chilling indifference to all the sacrifice, all the marching, the shouting, and the protesting, the writing, and the speaking, not to mention, in Daphne’s case, the dying, is Konrad Mizzi. 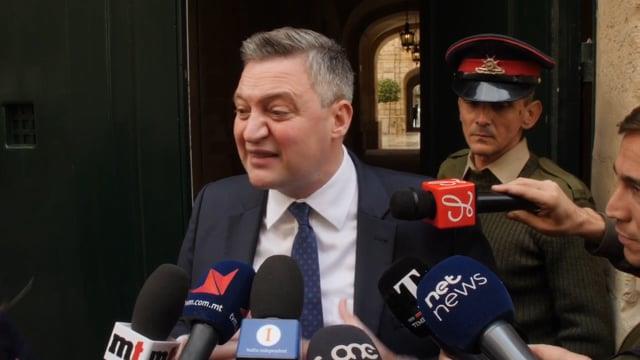 His name was the first to emerge in the scandal that killed Daphne. All those years ago, through that picture of a little lamb to be cooked for Sai Mizzi Lang’s Easter lunch, Konrad Mizzi’s actions were the first to be exposed. His New Zealand trust, that the lamb had been a metaphor for, was the get-away car, the first of a chain of discoveries that would expose the massive swindle Daphne had been killed for discovering. 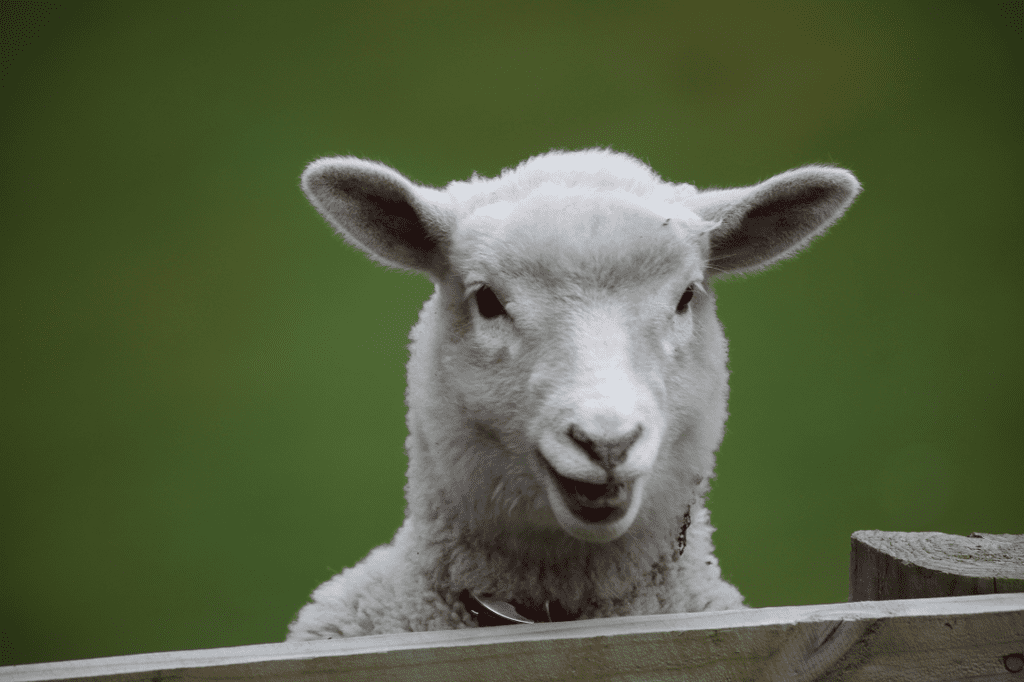 And yet there Konrad Mizzi is, sipping his cocktails in the sun, contemptuous of Parliament to which he was elected, supremely confident, comforted by the impunity that has already been indicted for killing a journalist.

The picture of Konrad Mizzi standing tall, smirking, gaining weight like he didn’t have to worry about it, utterly indifferent to what anyone might think or say about him, is as surreal as melting clockfaces.

In the face of all the hate on 1 May 2018, you wondered what a protest for truth could do. Now, armed as we are with evidence of the truth, corroborated independently by a global financial oversight agency and by a home-grown independent inquiry appointed by Joseph Muscat, we are not lost in the face of mindless hate. Not just that rather.

We fought for an inquiry and we smelt victory when it was launched. Justice filled our nostrils when the inquiry ruled. And now we find the air we breathed filled our lungs with nothingness. We feel like we have invested every ounce of strength we had into the strategy of finding justice by reason, evidence, patience with institutions, and loyalty to the law. And that has brought us here. And here is nowhere.

I remember Christmas of 2017, some months after Daphne was killed. The few of us left in that square knew why so many had left to go on with their lives. The ones who left accepted there had been nothing more that could be done. They could now move to battles they could actually hope to win, not that there were many of those left. And yet that Christmas of 2017, some activists remained in the square, stubborn, perhaps rightly accused of detachment from a reality they refused to accept. It was providential they stayed there. Their irrational stubbornness meant they were there to be met by thousands two years later who took to the streets to remove Joseph Muscat.

It’s cold and lonely again. The reality check that matters to most is the perpetuated injustice of the next election, as overwhelming as the screaming crowd crying “Joseph! Joseph!” that 1 May 2018. But some are stubborn enough to stick around. Some will hold on to the truth while many will try to stop thinking about it to let themselves sleep at night. Some will stick around. Because this can’t be over until it’s over.