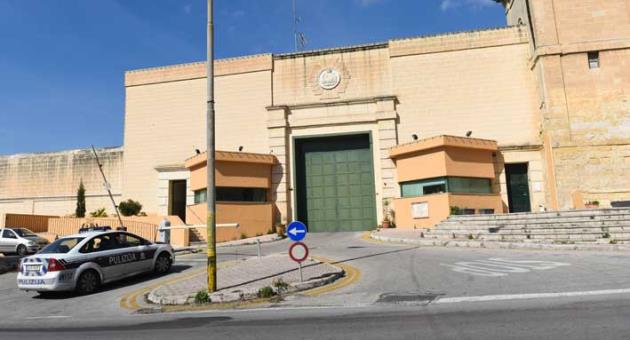 The fact that Yorgen Fenech has been under arrest for nearly two years and is awaiting a trial for his life faced by a mountain of evidence to sustain the accusation that he is an accomplice in the killing of Daphne Caruana Galizia does not mean justice is near.

There has only ever been one other murder trial in Malta’s history that this can be compared with. Providentially the attempted assassination in that other case failed and the victim survived and was able to testify against his assassins. That was the attempt on Richard Cachia Caruana’s life, at the time Prime Minister Eddie Fenech Adami’s personal assistant.

That process was polluted by a misdirection campaign led by then Leader of Opposition (and leader of the Labour Party) Alfred Sant using all the resources available to the Labour Party at the time. Super One yes, Facebook trolls no.

In court, Anġlu Farrugia represented one of the assassins, Ian Farrugia, acquitted even though his handprint was found on the car against which the victim was held while he was being stabbed. Manuel Mallia represented Meinrad Calleja, acquitted of the charge of complicity even though the witness for the prosecution, who admitted wielding the knife, testified that the accused commissioned him to do it.

Yorgen Fenech is working for the same outcome: acquittal.

If his case is perceived for what it is – the killing of a journalist out of greed and the preservation of illicit and corrupt profits – a jury would decide on the basis of the evidence against the accused.

If the case is perceived as a partisan soup of hidden motivations, things might turn out differently.

This is why on a constant and regular basis Simon Mercieca writes about the prosecutor in the case against Yorgen Fenech. And about the lead police investigator. And about the magistrate hearing the evidence. And about journalists covering the case. And about Daphne’s family. And about their lawyers. Enough people need to doubt the motivations of the people standing in court as prosecutors, witnesses, and relatives of the victim, for acquittal to be likelier.

This strategy has been proven to work. Malta’s size is such that the selection of a jury from within the short list of eligible isolated islanders that live here will yield jurors contaminated by the prejudices they bring in with them.

Not all of us are like this, but many people are Laburisti or Nazzjonalisti. That characteristic is indelible like the colour of their hair or the neighbourhood they grew up in. Of 9 jurors, are there 4, 5, 6 regular followers of One TV? Are there 1, 2, 3 hard right Nationalists from the Ċensu l-Iswed camp? In other words what is the likelihood that a narrow majority of jurors might walk into the courtroom disliking the victim in this murder case more than the alleged perpetrator?

I read someone’s comment over the past couple of days that the phone spoofing that is going on might be an escalation because the election is close. He meant to suggest the victims are seeking attention for their partisan motivations which is the product of the classic logic that when in doubt, the victim of a crime must be blamed.

And yet, this commenter could have been right for reasons he did not intend. The fog of election campaigning galvanises the innate prejudices of tribal belonging that are so widespread in this country. Much like the village of origin becomes more important in festa time, party affiliation grips our ability to be rational even more as election fever sets in.

This is truly a febrile time. It is a fertile time to sow doubt, galvanise, mobilise, and ride the irrationality of tribal loyalties and prejudices.

This is the best time to sow in the minds of enough people who will eventually be selected as jurors that the real victim here is Yorgen Fenech. This is the ripest time to prepare jurors to perceive Yorgen Fenech as being in the dock because he is a fall guy, because investigators would rather pin this on him than on the “real” culprits, because a certain bunch of hysterical Nationalists need his conviction for their nefarious political ends.

In the process, they are preparing to undermine the quality of the evidence against Yorgen Fenech. Consider the ongoing spoof calls and messages being sent around. They’re not just mind-fucking the targets of these messages. They are mind-bending potential jurors.

Over the past few days people reported receiving phone-calls with the caller ID showing the number of police headquarters. You can hear Yorgen Fenech’s lawyers say it already. If people could fake calls made from the police itself, why should we not believe that all the calls Yorgen Fenech is supposed to have made that implicate him in crime were also fake and fabricated to put him in the frame?

The police are investigating the ongoing campaign of calls from fake numbers threatening journalists to “Stop writing about Simon Mercieca, Alex Dalli, and Yorgen Fenech”. But we must be realistic. The people perpetrating these crimes know their stuff. They use readily available technology to make it impossible to find who they are.

So, no, I have no evidence to back up any claim that someone is responsible for what is going on. What is clear in any case is that the campaign serves the interests of Yorgen Fenech on at least three levels.

Firstly, it intimidates people who work on his case possibly limiting their ability to function or their willingness to take further risks confronting a person with enormous resources, highly motivated to do what he feels he must to avoid a sentence of life in prison, and accused of already resorting to murder to get his own way.

Secondly, it reduces the credibility of the people who work on his case as can be attested by the backlash they suffer when news emerges of how they’re being targeted since blaming victims comes so naturally to people.

And thirdly, all this will come in handy at trial in order to discredit the very real evidence against Yorgen Fenech that emerges from his phone and computer records.

Did you need another reason to understand this isn’t anywhere near over yet?