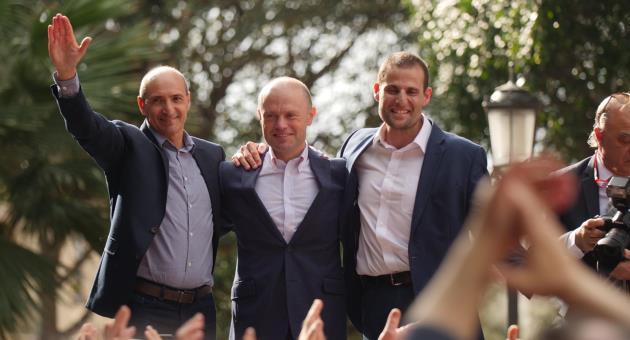 Rapporteurs for the Group of States Against Corruption (GRECO) said “further progress is necessary to demonstrate an acceptable level of compliance with the recommendations.” The rapporteurs gave Malta an 18-month deadline for improvements and asked for an update from Malta by March of next year.

Malta has done nothing about recommendations to develop an integrity strategy for top government executives, improving the definition of the role of the Commissioner for Standards, draw up rules to regulate lobbying and oblige officials to disclose their meetings, improve rules to regulate conflicts of interest and introduce deadlines to resolve incompatibilities in the rules of senior officials.

Malta has also been found to have done nothing about recommendations to improve obligations on persons of trust declaring their wealth and to allow the Commissioner for Standards to check these declarations and declarations by ministers and MPs. No progress was achieved in empowering the police with the tools they need to investigate corruption and the recommended increases to the power of the Standards Commissioner have also been left on the shelf.

The only two recommendations implemented properly by the Maltese authorities are new rules to reduce conflicts of interest in the police and better training programs for the police in prevention of corruption.

Malta has still far to go on all the other “partly-implemented” recommendations. Malta still must properly implement recommendations on persons of trust, training senior government officials to fight corruption, reform the Freedom of Information Act, and open new laws for public consultation.

More work is also needed to improve financial control in government. GRECO also expects more progress in criminal investigations and prosecutions of politicians or public officials in cases of corruption and for investigations to start based on suspicion, not conclusive evidence. GRECO has taken note of legal proposals being discussed within the government and is urging “further steps to address this recommendation in its entirety without any further delay”.

Progress is also slow on police communications, on a proper anti-corruption strategy for the police, on improving meritocracy in police promotions, and on regulating police officers do when not on duty. GRECO is also expecting more progress in equipping the Independent Police Complaints Board so it can do its job properly.