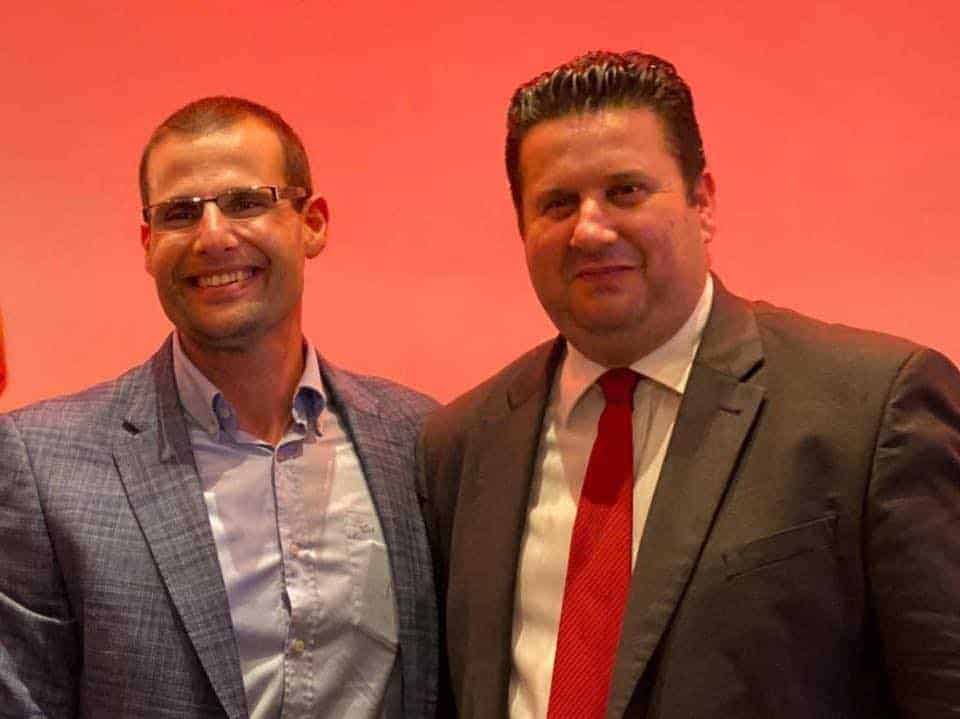 The government will do its utmost to diffuse the significance of the most recent finding of the Commissioner for Standards in Public Life. The case concerns a supplement, a 32-page centrefold, inside the Labour Party’s Sunday newspaper marking two years since Robert Abela’s election and soft launching the Labour Party’s election campaign.

The bottom-line cost to the public purse was of €17,000, which is very little compared with the millions wasted on cronies. The government will say it isn’t a lot of money and to underline that, they’ll spread it thinly among the 18 ministers who signed off on the expenditure through their 18 separate budgets making each sin a venal €900 or so.

As waste of public funds goes, this does not make for great drama.

As breaches of ethics go, it’s more serious but we’ve seen so much worse being brushed off and allowed to go on that a self-congratulating advert for Edward Zammit Lewis’s wank bank is also not going to keep many people up at night. Though the thought of Edward Zammit Lewis wanking might.

I think it’s significant to recall how the breach occurred. There’s a general rule that says that ministers must remember at all times they’re more than political candidates. They’re officials of the state. They also must remember that if they want to publicly worship themselves they should have the decency to pay for the sacrificial goat they’re going to slaughter and the incense they’re going to burn. These false gods tend to charge their congregation.

Like many ‘general rules’ in this country that concern restraints on the conduct of politicians, the rule about not spending public money on personal promotion was observed in the breach. Repubblika decided to act, waited for the first obviously egregious example of the awful practice, and reported Carmelo Abela for buying out full page ads in the newspapers presumably for his wank bank. The Commissioner agreed that was against the rules but Carmelo Abela’s colleagues defended the minister saying the rules did not explicitly forbid public spending in personal advertising so they acquitted him.

Edward Zammit Lewis was Carmelo Abela’s chief lawyer for the defence. Zammit Lewis accepted Abela’s behaviour was out of order but argued no one can be punished for breaking unwritten rules. Which is of course absurd. Minister’s code of ethics does not expressly forbid them from exposing themselves indecently to the Strangers’ Gallery but can we agree that if one of them does it there should be some consequence?

In any case Commissioner George Hyzler wrote clear rules, asked ministers and MPs if they had anything they wanted changed and none of them did, and proceeded to tell them these were the rules he expected them to stick to.

Come election fever, they ignored the rules and spent public money for their own partisan propaganda. George Hyzler found 18 ministers in breach but he singled out Edward Zammit Lewis for the iron curtain self-praise and ‘tal-ajkla jew tal-iljun’ partisanship contained in his advert.

Still, €1,000 spent by the justice ministry on an advert featuring Edward Zammit Lewis grinning stupidly and glorifying his political party on a newspaper owned by the same party, though unethical, are still nearly inconsequential in the scheme of things.

This, I submit, is important for reasons outside the remit of the Commissioner for Standards and that therefore do not feature in his report and will barely feature, if at all, in the debate that is to follow in the Parliamentary committee.

In my view, the bigger issue here is that by their own admission in their responses to George Hyzler, ministers confirm there are no rules on how the government spends money on advertising. These are not the sort of rules the Commissioner for Standards can impose because these are rules that are less in the realm of ethical conduct and more in two realms of equal but different importance: first the realm of careful and responsible expenditure of public funds, and second the realm of free expression and free information and the restraint the state must exercise in acting in a way that disturbs it or distorts it.

First, responsible public expenditure. Granted the government must inform the public on what it’s up to, and granted it must spend money in the process of doing so. In that respect it should behave like any advertiser in the commercial world, in that it must spend its advertising budget as a limited resource that must be allocated in the most efficient manner. When spending €100 in advertising space, the advertiser will look at the best return on its buck. Are the readers of the chosen medium the right audience for the advert? Is the medium the means to reach the greatest number of relevant people?

The difference from a commercial enterprise is that a smaller business might rely on intuition on spending money in the most efficient manner. Government requires structure, objective rules against which actual expenditure can be audited. The fact they admit they don’t have rules means that their spending decision-making is not based on efficiency but on altogether different considerations.

Consider these €17,000 spent on KullĦadd to celebrate two glorious years of the Robert Abela era. (You’d be forgiven to wonder if this was an absolute monarchy or a shadow of a Kim regime but yes, here we get 32-page supplements to ‘celebrate’ the ‘successes’ of a prime minister in office for two years).

There aren’t many regular readers of KullĦadd that need to be persuaded that Robert Abela is the dog’s bollocks. On them any money spent to deliver that message is wasted. If the government spent €17,000 on KullĦadd readers to encourage them to sign up for MCAST evening courses, or to remember to vaccinate themselves and their children the government would be doing its job. But spending €17,000 to tell them what we know they already think is a grotesque waste.

The issue is graver because this is also about free expression and information. Malta’s government is still Malta’s biggest advertising spender, certainly in the domestic advertising market. Where the government takes its money can decide the difference between the survival of a medium or its bankruptcy.

The discretion ministers enjoy, without the inhibition of any objective criteria in assigning advertising expenditure, allows them to reward friendly media and punish media they perceive as hostile. They can use your money, public money, to influence the content that you get to read and drive out of business content they don’t want you to read.

They can curate the information you become aware of and for depriving you of the knowledge that you need to judge them properly, they send you a bill.

If they can continue to do that they won’t mind a slap on the wrist for spending €900 on an advert in KullĦadd. They won’t mind being made to reimburse the puny expense. They know they can get that sort of promotion on the media their party owns for free anyway. What’s losing an advert in KullĦadd compared with their power to take your money where their influence lies?

Previous:It’s a mistake to call this a mistake
Next:Malta deemed “High Risk” country for media freedom by EU-funded monitor