Joe Giglio has been in politics for too long 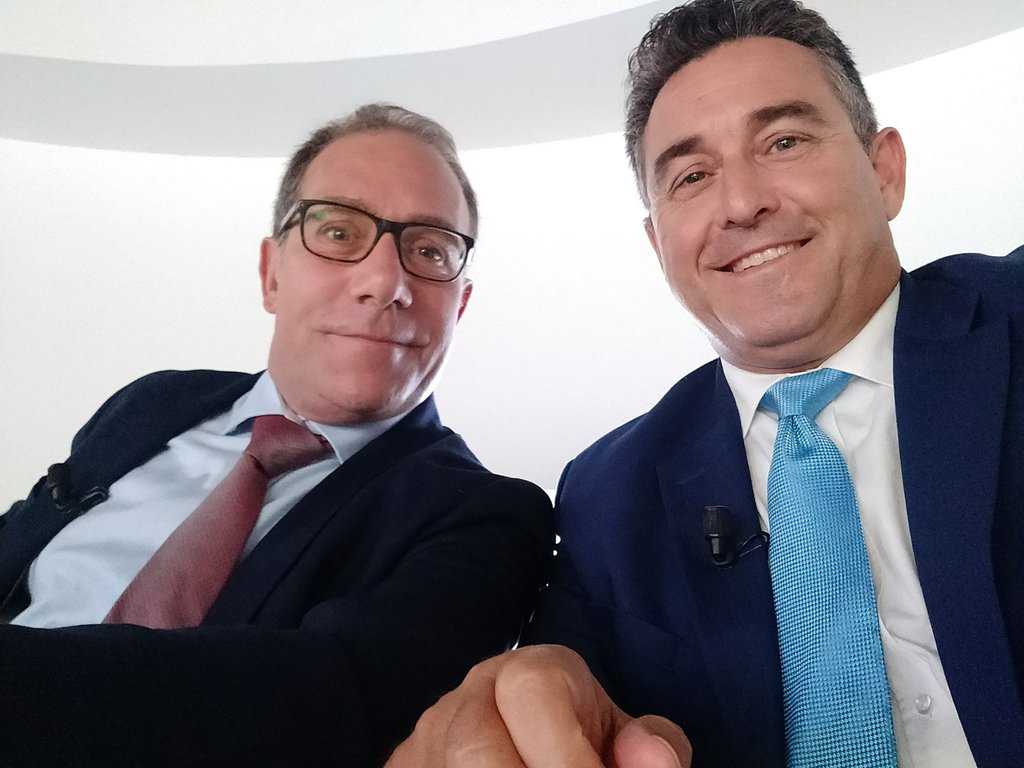 There he was dismissing “NGOs” with that tone of slimy sarcasm and aloof superiority courtroom litigators hone in, the same tone his colleague once used to speak of the disposal of a “biċċa blogger”. These people step into politics late in their lives thinking that getting their ugly face printed on banners next to the logo of a political party means that they’ve achieved some divine status and everyone else should shut up in their majestic presence.

While Joe Giglio was saying how useless NGOs are and how great it is to be a politician, activists from Moviment Graffitti were doing something useful in the process showing the country what’s what.

The PN did not distance itself from its home shadow minister. Bernard Grech did not comment that Joe Giglio’s time in politics has expired. He did not warn Joe Giglio to restrain his professional activities to avoid a conflict of interest with his political role. He hasn’t complained about the attention seeking antics of primadonnas. Bernard Grech has not given Joe Giglio a 24-hour deadline to substantiate his claims or bugger off.

I’m not saying all this because I think NGOs are “higher” than political parties, to use Joe Giglio’s feudalist hierarchical terminology. I say this because the PN has become so completely dysfunctional, so unable to make a contribution to national discourse, so weakened by its contradictions, that it would be half blind to criticise an inept police leadership, an incompetent attorney general, a partisan civil service chief, an inarticulate Parliamentary speaker, not to mention a prime minister whose rare ventures in public awareness are in the periodic emergence of dug up family photos that he posed for with hardened criminals, and accuse all of those for causing our democracy to become an unfunny joke, and to then ignore the absurdity of Malta’s main party of Opposition.

I am happy to advocate for the utility of NGOs in democratic life. I do so all the time. But that does not mean I can at any time be indifferent to the fact that the criminals who control the Labour Party are unopposed by the Nationalist Party.

Ali Sadr Hashemi Nejad flew Joseph Muscat and Keith Schembri to his wedding party. But he hired Joe Giglio to persecute Maria Efimova. Julia Farrugia Portelli filmed an endorsement for the passport selling business to Chetcuti Cauchi Advocates but when the firm had its license suspended because of a video showing them hawking passports to someone saying they worked for a passport-seeking criminal, they hired Joe Giglio to represent them.

As had happened with Adrian Delia, and you know, also with Bernard Grech, a few witty turns on TV, some impressive lawyerly quips and hey presto Joe Giglio became an instant vote catching front bench politician, a just-add-water asset for the PN. We should all be grateful when people who have been successful in their pre-political lives drop what they’re doing to serve the public. But the operative word there is that they drop what they’re doing.

If politics is just a part-time thing they do on the side while they serve the interests of what makes them money, all we get is what we got today: a politician who speaks of a woman who, he alleges, raked up a large extras bill in her hotel room on a work trip, using adjectives like “malicious” and “not credible” to describe her. But he has nothing to say about the people she pointed her fingers at and was proven right time and time again, starting with Ali Sadr Hashemi Nejad and the rest of Joe Giglio’s paying clients.

Yes, we’re biased. We defended Maria Efimova when the Republic of Malta argued, thankfully unsuccessfully, in front of Greek courts that she should be dragged under arrest to Malta to answer for a €1,000 credit card bill. Joe Giglio can indeed say we’re as biased in this issue as he is. Except that we didn’t raise a bill to charge Maria Efimova for our arguments in her case. She couldn’t pay her way out of preventive custody let alone pay us. We raised money to help pay her lawyer to combat as best she could the persecution Joe Giglio’s clients and their puppets in the government were inflicting on her.

I bet Joe Giglio never had an issue raising an invoice to Ali Sadr Hashemi Nejad and all his other millionaire criminals he provides his noble services to. I’m sure there was enough spare cash from Ali Sadr’s activities in bank fraud, dodging international sanctions, laundering blood diamonds, and pumping embezzled funds stolen from the poor people of Azerbaijan. I bet Joe Giglio didn’t need to ask if some of his fee was paid out of Keith Schembri’s deposits at Pilatus.

Now Joe Giglio, without ever retiring from the business he conducted “meta ma kontx fil-politika” wants the public to stop wasting time with NGOs because he’s just walked in to regale us with his insight on who is malicious and not credible and who isn’t.

This afternoon at Repubblika we noticed a bit of a blip in membership applications, people telling us they’re applying to join us with their right hand while they resign their membership in the PN with their left.

You know what the tragedy with that is? It’s that people feel they need to choose between a political party and an NGO when in democratic life you should need both for entirely separate and equally important reasons. The PN just doesn’t want to do its job anymore.

The tragedy is that while our politicians collect retainers from the criminals that have captured our country we are denied the basic right of hoping politicians work for us instead of for the guys who butter their bread and hog our beaches.