Solve one problem. Create another. Ignore the rest. 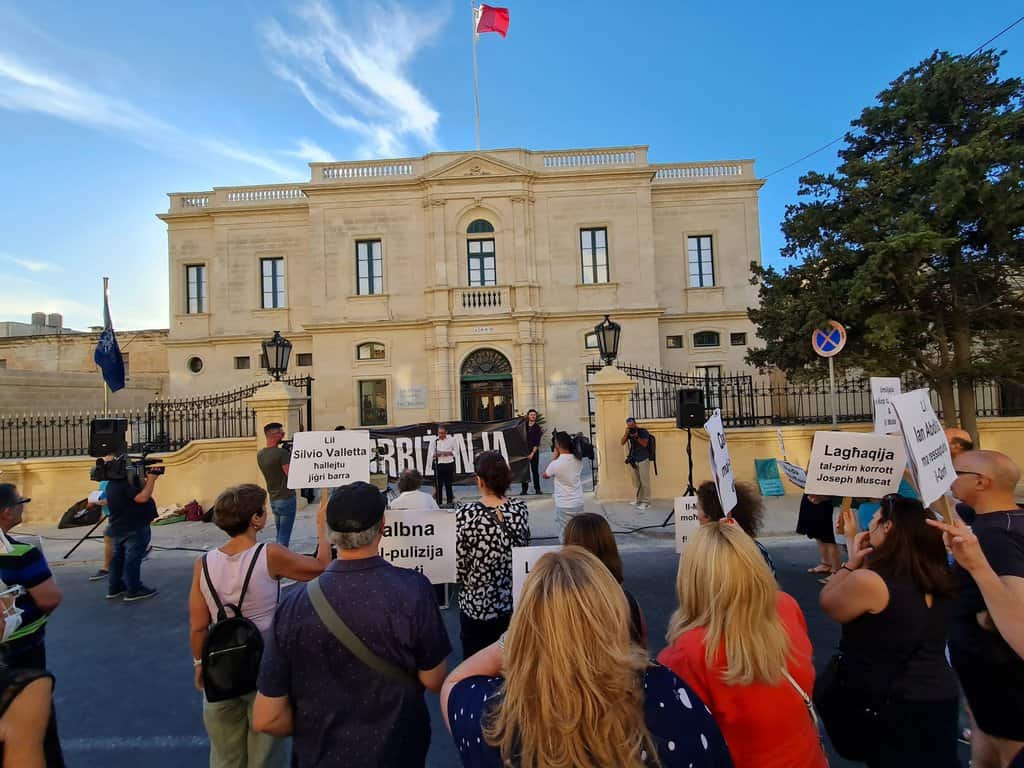 Today the government announced the appointment of a new ‘Independent Police Complaints Board’. You’d be forgiven for not knowing it existed before the shocking scandal of how the police allowed Joseph Muscat’s buddy Iosif Galea to go on holiday with the former prime minister despite an outstanding European Arrest Warrant issued against him by the German authorities.

Then it turned out that clarification was no clearer than mud. This would not be an inquiry with the power to investigate the case properly. This was a standing board set up as part of the law that sets up the police with extremely limited powers of investigation. Read more about why this is a farce here.

One of the members of the board was Michael Cassar, who himself used to be police commissioner, one of the revolving door police chiefs hired by Joseph Muscat. Michael Cassar had famously gone on sick leave one particularly disturbing afternoon when the FIAU leadership handed to him a report with evidence of Konrad Mizzi’s corruption and money laundering. Michael Cassar preferred to cut his police career short rather than investigate and charge a government minister.

Despite his presumably debilitating illness that prevented him from continuing with his full-time job, he was placed on this “Independent Police Complaints Board” because of course a former police chief can be independent of the police. No intuitive cover-ups likely there.

This case was a particularly egregious conflict because the impunity enjoyed by Iosif Galea, not to mention the princes of brimstone under whose wing Iosif Galea sheltered over the years, John Dalli and Joseph Muscat, did not start being enjoyed under Angelo Gafà’s headship but under the leadership of his predecessors as well, including Michael Cassar’s.

The “independent” board is set up for a period of time set in the law to give them visibility of their term and relative security from the risk of being fired as part of some cover up. Michael Cassar was appointed together with the rest of the board on 18 December 2020 and his term was due to expire on 31 December 2022.

Today the government announced the appointment of a new Board with a term of office now due to expire on 31 December 2024.

The composition of the board is otherwise unchanged. The chair is still Judge Franco Depasquale, and the other member is Captain Reuben Lanfranco. Michael Cassar has been replaced by Judge Geoffrey Valenzia.

They did not announce that Michael Cassar had resigned – did he? – which makes the appointment of his replacement, in theory, out of order. Presumably, they have a resignation letter by Michael Cassar tucked somewhere just in case a pedant like me complains. It would be inconceivable for them to ask him to write one now and backdate to before today’s announcement.

Even if they do have a resignation letter on file, the law says that anyone appointed to replace someone who has resigned from the Board shall only remain in office for the remainder of the term of the person they are replacing. That’s not what they’re doing.

That’s how independent this board is. The government clicks its fingers, ignores procedures, and moves things around despite what the law says, rather than in line with it.

Now the appointment of Judge Geoffrey Valenzia is not without complications and potential pitfalls and conflicts. Judge Valenzia is one of those retired judges that gets appointed to positions the government needs to fill. He is in the government’s favour, and he’s kept busy with government activities and government payments.

He heads the Guardianship Board which is not likely to raise conflicts with the work of the police board he’s just been put on. But he is also Commissioner for the Security Services which means he handles complaints about the conduct of that service as well. Things might prove complicated in this Iosif Galea case because any proper inquiry would quite possibly find that the effort to help Galea stay out of jail may have needed a helping hand from the MSS as well.

Of course, despite this change in the composition of the board the biggest problem with this non-inquiry remains. The “Independent Police Complaints Board” is not allowed to see any document which you and I would not also have a right to see under the Freedom of Information Act. And the way the Freedom of Information Act is applied in this country that’s not even documents you would expect any ordinary citizen would have a right to see when the authorities make a mess of things.

You see, if they’re going to help crooks escape justice, they’d rather do it without the inconvenience of the glare of your scrutiny.

Previous:Hands off our representatives
Next:Joe Giglio has been in politics for too long