Look busy. Do nothing. 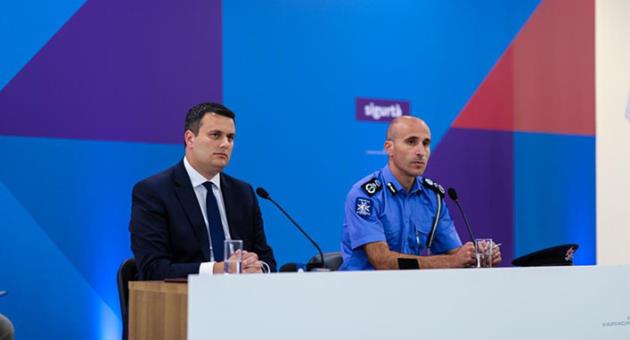 The police have told Times of Malta that the “investigation” into how Iosif Galea was allowed to travel out of Malta with Joseph Muscat despite a German arrest warrant they knew about for months would be “independent” and headed by a “retired judge”.

The retired Judge is Franco Depasquale. This is not going to be a discussion of his personal integrity or competence. That’s irrelevant because it doesn’t matter if he had the wisdom of King Solomon. What defines what he’ll be doing is in the law within which he must operate and that’s going to be very limited.

What the Independent Police Complaints Board can and cannot do is defined in the law. It can “expeditiously inquire into and report on any matter regarding the conduct of the Force,” which is fantastic.

But here’s what it cannot do.

By extension the Board won’t be allowed to see any document that if disclosed “would divulge any information or matter communication in confidence by … an authority of a foreign government.” It would be unlawful for the Board to even look at the German arrest warrant at the heart of this issue or any supporting documentation that came with it.

The Board won’t be allowed to see any document that if disclosed would “prejudice the conduct of an investigation of a breach or possible breach of the law”. This incident indeed happened in the context of an ongoing investigation. After they heard Iosif Galea was arrested by the Italians, the police issued a European arrest warrant against him because they said they wanted him here. There’s a suggestion that the arrest warrant issued by the Maltese police was a desperate attempt to protect a Joseph Muscat associate from arrest and prosecution in Germany. The Board won’t be able to confirm whether the Maltese investigation into Iosif Galea was in any way pertinent or serious.

The Board won’t be allowed to see any document that if disclosed would “prejudice the fair trial of a person,” which in principle is fair because everyone is entitled to a fair trial but in this context can and likely will be used as an excuse to withhold from the Board any information it might need to understand why Iosif Galea was allowed to travel.

In fact, put simply all the excuses in the law that allow the government to refuse reasonable questions put to it by the press and the public under the Freedom of Information Act are applicable in a mandatory manner on the so-called Independent Police Complaints Board. They cannot know more than you or I can.

Now all this can be helped. The government could have appointed the very same Judge Franco Depasquale to inquire into this incident under the Inquiries Act, instead of his capacity as Chairman of the statutory board set up by the Police Act. While inquiring into “the conduct of public officers, or of officers or servants of a statutory body,” (and no exception is made for the police) a Board set up under the Inquiries Act would be entirely able to review documents that above are ruled out from the visibility of the Independent Police Complaints Board.

The Board would still need to respect anyone’s right to a fair trial of course, and they may have to be circumspect with what they include in their final report, but they can look at the evidence and then make up their minds.

In the meantime, they should also consider leaving ex-cop Michael Cassar who sits on the Independent Police Complaints Board and in this case will be asked to investigate the investigation that has some history from the time he was police chief. It couldn’t be more awkward.