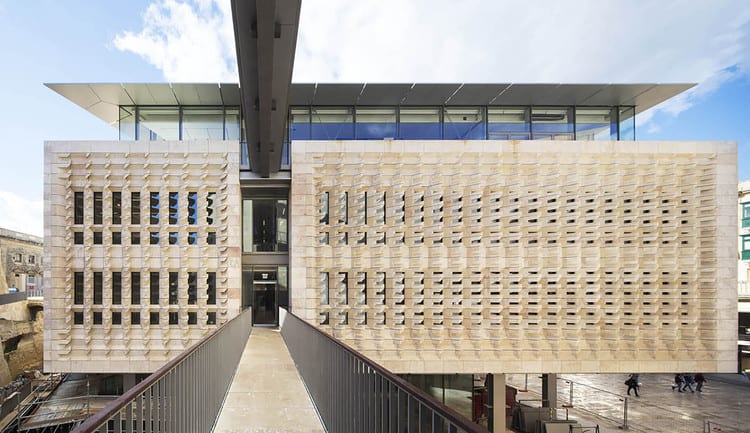 This is not a website where you come for happy reading. It’s almost always dark, critical, sometimes even flirting with being cynical. So, here’s an exception.

Yesterday the government produced a candidate to run the Planning Authority, a den of iniquity if ever there was one. He was grilled by Opposition MPs Karol Aquilina and Adrian Delia, two MPs that inhabit different planets.

Karol Aquilina asked the candidate if he had ever witnessed wrongdoing at the Planning Authority and the candidate, after some hesitation, recalled a time several years ago when he was offered a bribe which he had declined.

He admitted he had told no one at the time what had happened, and he faced tough questioning after that from the Opposition MPs. His unsatisfactory responses prompted Karol Aquilina to turn on government MPs and strongly recommend to them withdrawing the candidate’s nomination. The government MPs at first attempted to defend their nominee even throwing in the classic tu quoque that when the incident the candidate had admitted to had happened there had been a Nationalist government in power. As if that has anything to do with anything.

At length, the government, in the person of Stefan Zrinzo Azzopardi, withdrew the nominee’s candidature displaying some extraordinarily rare albeit painfully reluctant deference to Parliament. This morning the Minister is looking for someone else and will, presumably, conduct some closed room grilling himself to avoid surprises when a new nomination is discussed again in Parliament.

Parliament yesterday set a standard and it set it higher than what has heretofore been expected, rather than lower. I would say this is a standard I would personally have failed but that’s no reason for me to suggest that only standards I can meet are desirable.

This is what Parliament is for: scrutinising government decisions and raising standards of behaviour in public life. This is why Parliament and government are distinct. This is how this is useful and not purely symbolic or ceremonial.

I think some people deserve some credit here, for doing their job, it is true, but too often people don’t do their job in this country. The Opposition MPs asked the right questions. The Minister deferred to Parliament instead of doing what they always do which is use their majority to get their way, right or wrong.

And the candidate deserves some credit as well. He failed his job interview and that must sting. On the eve of the apex of his public service career he stumbled for being honest about a moment in his life he had always remembered as a whiff of temptation he had resisted. He must this morning wonder if it had been better for him to have lied about the incident and simply said yesterday that he had never taken any bribes, which would have been the truth.

He should not regret being honest. A hurdle in the steeplechase of life has grown a foot even as he was attempting to leap over it. Civil servants in this country now have his example when faced with a situation his younger self did not know how to handle. If someone offers you a bribe don’t simply decline. You must rush to report them. You never know who might ask you about it later in life.

For the gentleman who walked deflated out of Parliament yesterday this is no consolation but thank you for being honest. It doesn’t happen often these days.