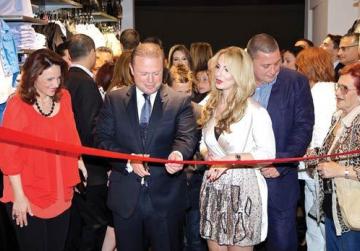 I will start this appraisal of the accounts of the Dizz Group by referring to an article I wrote for this blog in November 2020 regarding the audited financial statements for the year ended 31 December 2019.

In that post I explained how the value of two adjoining sites in Mrieħel’s ‘The Hub’ shot up by 700% in one year. The sites were granted for 65 years to the Dizz Group by the Government Property Division in May 2016 when Joseph Muscat was prime minister. The price was €0.5 million plus an annual ground rent of €18,000 revisable every 5 years. These plots were gradually revalued to €6.3 million up to 31 December 2021.

This means that the Group owned by Diane Izzo and her spouse Karl Izzo, ambassador to Montenegro, and intimate friends of the Muscats, were given an opportunity by Joseph Muscat’s government to make a mammoth unrealised profit of €5.8 million over a period of 5 years on a still undeveloped site, while at the same time making an accumulated operational loss of €7.2 million on the whole group of companies.

During the year, the Group received €1 million as a Covid Malta Enterprise Wage Supplement.

The accumulated loss of the Group on 31 December 2021, amounts to €7.2 million, whereas its share capital held by Diane Izzo and Karl Izzo, amounts to €7.7 million. This shows that the company is operating on the margin and may soon need to have recourse to additional credit facilities to maintain its going concern.

The problem is that the Group needs to start building up reserves, like a sinking fund, to cater for the maturity on a staggered basis, of its bonds amounting to €18.2 million due in 2026, 2028, and 2030. This can only be achieved if the Group starts moving towards a profitable situation, which, at this stage, does not seem to be very likely. Otherwise, the Group will have to consider rolling over its matured bonds, but again, this depends on investors’ perception of the group. There seems to be low appetite for the bonds issued by Dizz.