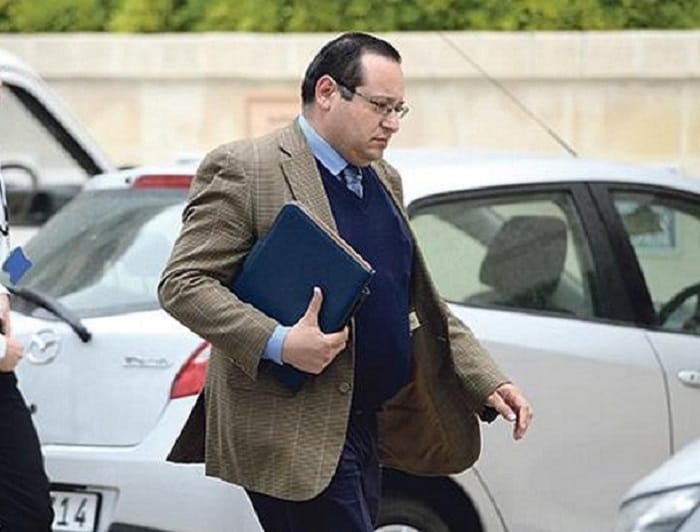 Privacy laws exist to protect private people from the abuses of a government or authorities or people of power with access to information given to them for other purposes. Let’s take the obvious example. You tell your doctor you have a sexually transmitted disease you probably didn’t get from your husband. You must tell her because you need the care. You can’t live in fear she might call your husband with the information as you walk out of the clinic.

These things we have understood for far longer than we’ve had today’s data protection laws.

We need all this because you’re the little man (or little woman) and you need to be protected from things being done to you just because you find yourself in an unequal relationship with your government or with some company selling you something and you’ve had to share with them information that is personal to you and only belongs to you.

They do this all the time. Remember Owen Bonnici defending Jason Micallef’s bullying of protesters against their government as an expression of his freedom of speech? The protection of freedom of speech is there to allow ordinary citizens to speak up and confront the powerful, not to give the powerful a license to bully people with whom they already have an inherently unequal relationship.

When Angelo Gafà said that “data protection laws” prevented him from answering questions on whatever happened to Ian Abdilla he was being disingenuous. Ian Abdilla is no little man. I’m not making a joke about Ian Abdilla’s waistline because who am I to talk?

I am, though, saying, that as an Assistant Commissioner of Police, bearing a medal for service, heading what was then the Economic Crimes Unit, Ian Abdilla amounted to anything but the fragile Joe Citizen whom the law has in mind when it wants to protect privacy.

You see the questions being asked of Commissioner Gafà are about what consequences Ian Abdilla has suffered for his actions when he was Assistant Commissioner. Those actions are not a private matter. The fact that he tried to hide them does not make them private. If you argue that way you would then have to say that an armed robbery in a bank is protected by the same code of privacy that shelters an ordinary, lawful withdrawal of money by the owner of the account. You should not hit the front pages if you make a lawful withdrawal of your money from the bank. But you can’t expect your privacy to be protected if you try to withdraw other people’s money using a gun.

Crimes, unlawful conduct, neglect of public duty, complicity in the impunity for major criminals, partisan disloyalty to the obligations of a public servant, none of these are private matters.

The Daphne Caruana Galizia public inquiry did not breach Ian Abdilla’s privacy when they grilled him in open court. Nor did they breach data protection law when they publicly skewered him in a public report. Ian Abdilla was mighty uncomfortable, no doubt. He squirmed and squealed like a stuck pig. The actions he committed in secret – hiding files, suppressing investigations, opening doors to Yorgen Fenech and other criminals like a butler in a Gothic novel – he wished remained secret. But he had no right for them to be.

In fact, his secrets were outed, not because the state breached his right to privacy but because he was the state, his actions were the actions of the state, and the state is ultimately accountable. To the little man (or woman).

Ian Abdilla is still accountable. His suspension from the position of power he held does not in and of itself absolve him from being held to account for what he did when he was still in it. And he hasn’t yet given account of his actions, nothing proper anyway.

With time I have come to know many police officers and the sense of vocation of some of them, their public spiritedness, their instinct to do the right thing, is almost cartoonish in its limpid sincerity. Even so it must be difficult for any police officer to serve the full force of justice on another police officer.

Whatever Angelo Gafà’s intentions, that may include sparing the government more embarrassment, watching the police chief restrain his evaluation of someone who used to be his direct superior by referring to a law that is simply irrelevant in the circumstances was like watching all over again the institutional omertà in the evidence given by several senior police officers and public officials that had driven the judges on the Daphne inquiry apoplectic with frustration.

It is perverse that he uses privacy laws to hide institutional failure. Privacy laws were meant to do exactly the opposite. When these concepts were first drawn up it was precisely to empower ordinary Janes and ordinary Joes to be able to access the dark recesses of government secrecy and to understand what secrets about the government was hiding. Data protection laws were never meant to give reasons to the government to avoid answering questions. It was meant to make the government more transparent.

Angelo Gafà could have had perfectly legitimate reasons to refuse to answer questions about Ian Abdilla. He could have said he did not want to prejudice an ongoing investigation if there had been such a thing. Instead he mobilised a tool that is supposed to empower citizens as a weapon against them.

We are approaching a year since that report was published and Malta’s institutions have spent the last 11 months finding excuses to do nothing about its findings. The excuses are ever more colourful, ever more hollow, ever more impressive in the yawning gulf between what they claim and what they mean.

The inquiry said this country needs healing from the wounds inflicted by all the lies, all the cover-ups, all the gas-lighting, all the excuses that justified pervasive wrongdoing by institutions. One of the biggest sources of harm was the police force, its lies, misdirection, and false excuses.

‘We can’t tell you what happened to Ian Abdilla because data protection.’ Clearly, nothing’s changed.