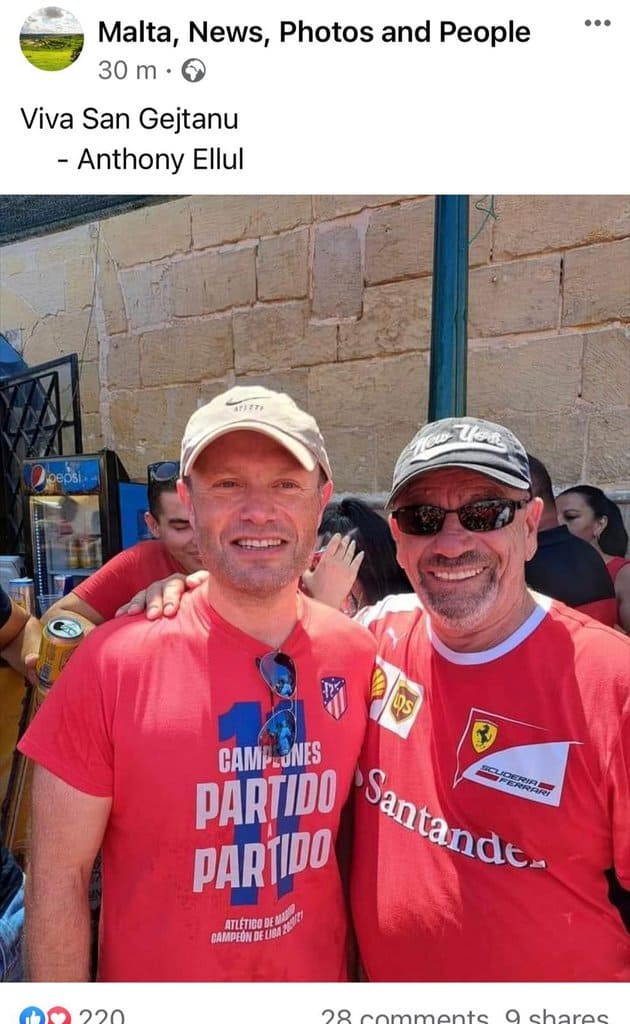 In the 7 years he was prime minister Joseph Muscat never showed up at a marċ ta’ San Gejtanu.

He’s now a people’s man again because he needs those crowds at his back to scare public officials from doing their duty and prosecute him and his cronies. He showed up at San Gejtanu yesterday and didn’t do so alone. He rang up his old gangsters and marched down the street like Don Fanucci at the festa.

Once, that judge, was heard in a recording say that when his party was in trouble he sought out a “pulizija Laburist” to settle the issue.

In times of trouble, it is nice for some people to know there’s always an ‘imħallef Laburist’ to resort to.