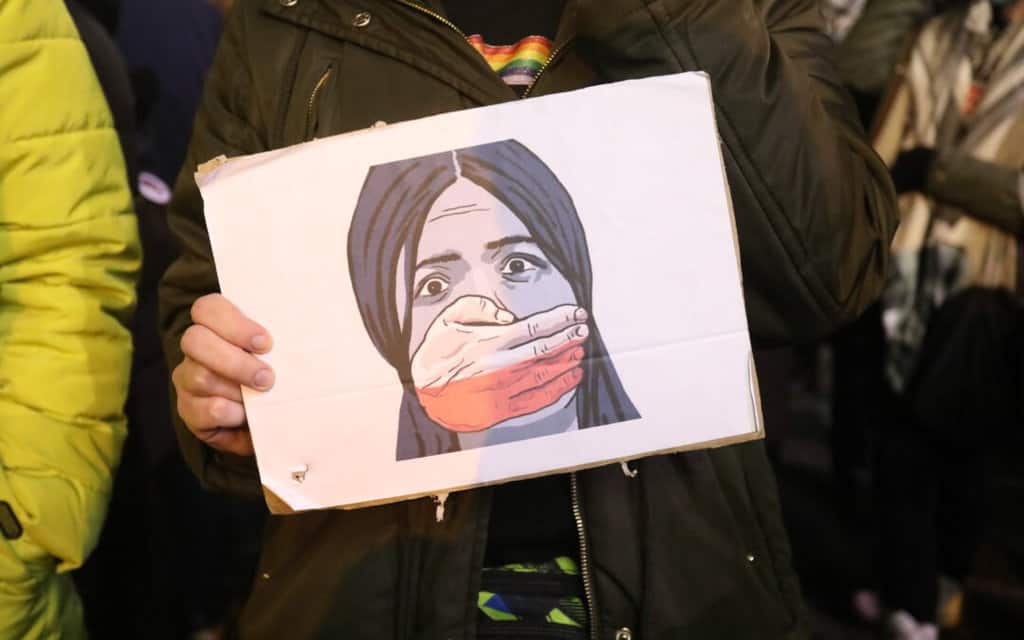 I don’t know who to blame for a bunch of young people deciding they’d rather stay home than speak at a mock Parliament on a controversial subject. Seen from the outside the youth parliament is one of those yearly depressing rituals meant to reassure us that democracy is functioning, and inter-generational dialogue is a thing. It normally goes by unobserved as platitudes are exchanged about subjects that on the surface breed unanimity.

The choice this year was much spikier. Abortion is a polarising topic with people placing themselves in rhetorical Solomonic situations of impossible compromises. You can’t half abort a foetus. You can’t half agree with abortion or half disagree. At least that’s how the enthusiastic participants in this debate tend to see it. It is a subject deprived of nuance, a zero-sum game where all empathy is invested on one side and denied the other.

Times of Malta reports that KNŻ recognises that someone from within, leaked a list of names of young people who planned to speak in support of a right to choose abortions. It also reports that that ultamontane, reactionary, retrogressive Simon Debono published the list on social media like a hitlist of dead women walking targeted for some auto-da-fé.

One might argue that had the leak not occurred and had the list not been published, the students might have shown up and made their point. They would have made their point in public, introduced by name, their face in plain sight. They would have expressed their views only to face just the sort of retribution they got a taste of with the anticipated publication of their identity and their intentions.

The issue isn’t that they have been ‘outed’ as pro-choice as it were. They planned to do that themselves. The issue is that the vehemence of online fury is too much for many people and they saw just what outcome was ahead of them.

That outcome would be too much for me. I’m big, hairy, and ugly. I have inches of insulating fat under my thick skin. I’ve been called all sorts of things and by and large more people dislike me than there are people who could say they know me. You would think I’d be used to it. But for me the online hatred is too much. And people hate me because I speak unfavourably about their political heroes. Imagine how they’d speak about me if, rightly or wrongly, they decide my politics kills babies.

I’m reminded of those hand-written signs hung up on band club bars “Diskors dwar Politika Mhux Permess”, ‘no political conversation is allowed’ probably first stuck up there after a bar brawl. Having seen the inside of a few Labour Party clubs there are the ubiquitous pair of signs, one in English saying, “Tourists Are Welcome” which translates as ‘spend your money here’ and perversely “Dan il-Każin Jaqdi Laburisti Biss” or words to the effect of ‘members only’.

This is not exclusively Maltese. Political polarisation is heightening everywhere with the brittle lines of consensus across political divides crumbling to the ground and any sense of mutual comprehension dissipating.

It happens across generations as we saw yesterday young people who, if I may be permitted in their absence to interpret their calculations, decided that the aggravation of the hostility they would have to face had they chosen to speak their minds was just not worthwhile.

It does not show that they are any less convinced about their point of view or that they’re too weak to publicly stand up for their opinions. It’s that, I hazard to guess, they have little hope of persuading anyone who does not already agree with them with any argument they might provide. And then what’s the point? What’s the point of all the aggravation if you can’t sway even one person to one’s cause?

For this really is the death of the conversation, any conversation: the fact that its participants are at its end exactly where they were when it started. That no one can be shown reason because they choose to denounce it before giving at a glance. Because in this ocean of overwhelming currents all we have, to recognise ourselves, is the comfort of our own convictions to which we cling as we would to dear life itself.

Well before aborting foetuses, we delight in aborting humanity.