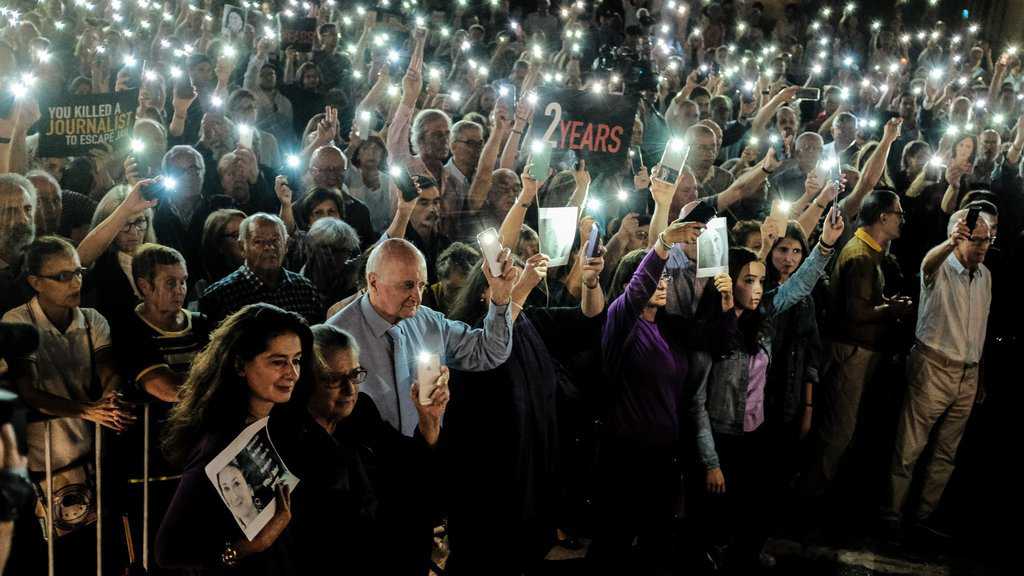 Late this morning the government announced that within one hour the Justice Minister will be delivering a “press conference on Bills for the strengthening of protection and freedom of the media”. The announcement after the government ignored a letter signed by over a hundred journalists, academics, and free speech campaigners calling for public consultation.

We’ll find out whether the government intends to consult the public at all this afternoon.

In the meantime, the parents of Daphne Caruana Galizia expressed public support for the call sent to the government to open its plans for reform for public consultation. This is their statement:

The letter signed last week by over a hundred editors, journalists, academics, artists and others calls on the Prime Minister “to immediately publish the advice you have already received from the experts whom you appointed and, before you present any legal proposals to Parliament, to publish the government’s intentions for open and effective public consultation.”

We wholeheartedly back the signatories of the letter, particularly their call for a process of reform that is transparent, effective, and fully open to public scrutiny and participation.

It is disturbing that, despite the findings of the state-appointed public inquiry into the circumstances of our daughter Daphne’s assassination – the reason why reforms are crucial – the government has to be reminded that “every citizen has the right to participate in reforms which, supposedly, are aimed at protecting their fundamental rights.”

Nothing will ever bring our daughter back, but Malta has an opportunity to redeem itself for its failure to protect her life by reversing the conditions that made her murder possible.

Our country needs truly effective reforms if it is to be capable of protecting journalists and safeguarding everyone’s fundamental right to be informed. The government will not achieve this by drafting laws in secret, nor by presenting legislation to parliament before it has thoroughly passed the test of public scrutiny and consultation.

The process of reform is as important as its outcome. The government must recognise this explicitly and act accordingly. Reforms should be implemented transparently, preceded by a period of public consultation that should not be rushed for the sake of political expediency. Our daughter – and our country – deserve no less.