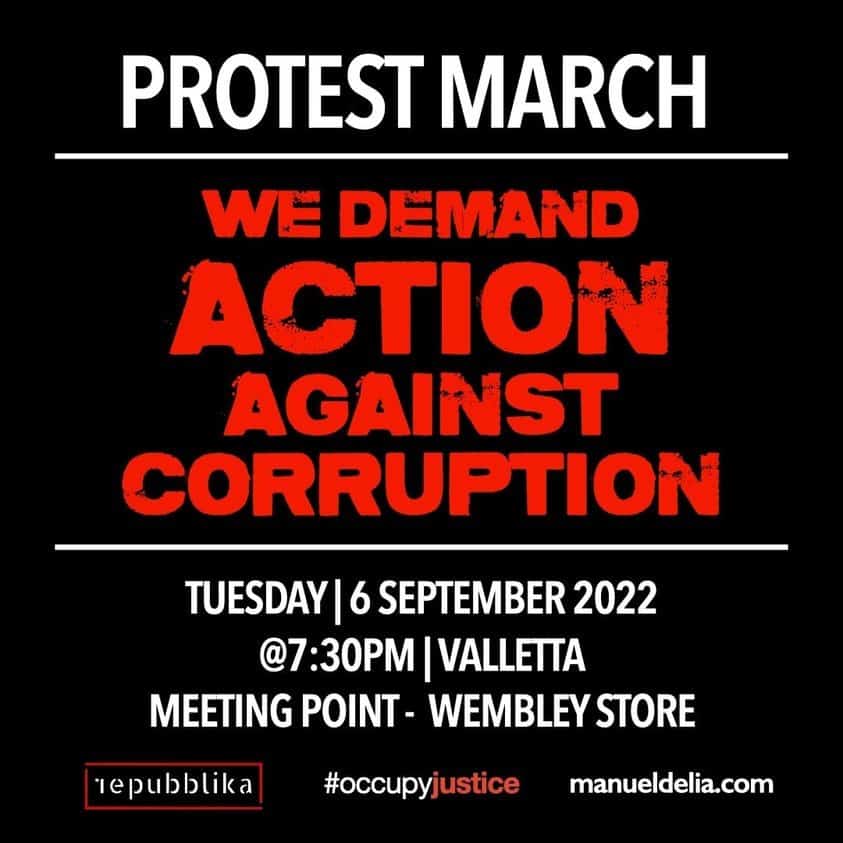 Statement by Repubblika, #occupyjustice, and manueldelia.com:

WE DEMAND ACTION AGAINST CORRUPTION

Day after day, Maltese and Gozitans learn about new facts involving corruption. Despite this, impunity still reigns supreme. A class of politicians and their cronies are considered untouchable by certain sectors of our institutions.

This is totally unacceptable. We refuse to tolerate the fact that in our country, a certain class of people continues to be considered as above the law. We refuse to listen to any more empty chatter. We demand action.

The Police Corps and the Attorney General’s Office are still instruments of impunity for politicians and their cronies, just as they were when they were led by Lawrence Cutajar and Peter Grech.

Angelo Gafà and Victoria Buttigieg have gone so far as to refuse to take any action against the Pilatus Bank clique, despite the fact that they were ordered to do so by the inquiring magistrate.

This morning, Maltese and Gozitans learned of new facts which explain the circumstances by which Joseph Muscat and Konrad Mizzi burdened the Maltese people with a corrupt Electrogas contract.

Repubblika, Occupy Justice and manueldelia.com are calling a protest under the caption: “WE DEMAND ACTION AGAINST CORRUPTION” next Tuesday 6 September at 7.30 pm in Valletta. The protest will start in front of Wembley Stores in Republic Street.

When the demonstration will reach Great Siege Square, the President of Repubblika will repeat word for word the order given by the inquiring magistrate to the Police Commissioner and the Attorney General – an order that was blatantly ignored.

We appeal to Maltese and Gozitans of good will to join us on Tuesday night in our effort to rid the country of corruption.