No need to be rude 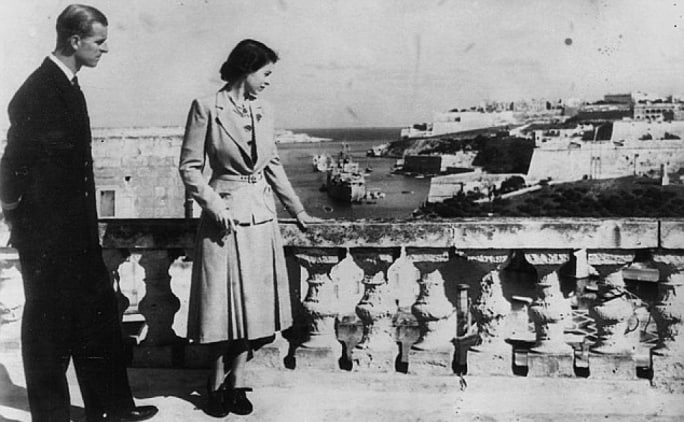 I’m a republican. The notion of divine right, even when cited symbolically without an intention to be literal, is abhorrent to me. The idea that someone is qualified to do a job, any job, by being born to it, is as inimical to my understanding of the way things should be as original sin. The concept of power assigned to someone to the end of their life, no matter how short or long, is completely alien to me.

I’m not going to sweeten that by platitudes about how dignified, shrewd, and admirable Elizabeth Regina was not least because my opinions add nothing to the ocean of at times schmaltzy, almost always sincere, adulation coming out of British TV coverage of her son’s first days as king. Like many people, I can’t get my eyes off it.

Yesterday, I spent the better part of 6 hours watching a hearse with a draped coffin drive through the Highlands of Scotland, watching people clapping without hearing them, listening the same repeated ditties about when someone met the Queen and not recognising her asked her to take a photo of them with her security guard because she told him he once met the Queen.

So please, this is not about what I think about royalty, monarchy, Elizabeth, Charles, or even BBC coverage that sounds as anachronistic in its flowery deference as the heralds in mediaeval wear shouting proclamations that seriously insist that God has taken time out to choose a new king for his people.

This is about not being rude, which is the least that should happen.

Elizabeth II, not by birth, nor by the grace of God, but by lawful and free choice of the sovereign government of independent Malta, was this country’s first head of state. She ruled between 1964 and 1974 personifying the state of Malta that had not been independent of foreign rule for something approaching 3,000 years.

You could say, and I would likely agree, that choosing her was a nostalgic legacy of colonialism, glossing over its dark and exploitative legacy and focusing instead on the glamour. Or you could say that choosing Elizabeth as Malta’s first head of state was a sincere attempt at finding a national symbol that rose above the deep partisan divisions that even then tore the country apart and that recalled, for most people at least, the shared sacrifices of the Second World War, one of the founding memories of Maltese national identity.

But I think Elizabeth II deserves remembering in Malta less for her manner of being appointed its first head of state but for her manner of being removed from the position. One of the requirements of democratic life is not just that you get to choose your leader. If that were so, the Papacy would be democratic. A requirement of democratic life is that people are free to remove their leader.

Ten years into her reign over independent Malta, Malta’s people, through their Parliament, choose to abolish the monarchy and choose to be a republic instead. They asked Elizabeth to stop being Queen of Malta and that is what Elizabeth did, without fuss and without drama. We never got our way when we asked rulers to quit before then. Just 7 years later an electoral majority was not enough to convince our own Maltese-born government to relinquish power.

I’m not saying we should be grateful because the Queen didn’t order soldiers in the street to fire on a republican movement. God knows there were episodes like that in the history of the empire.

I am saying that in those 10 years Elizabeth smiled through the independence of Malta, signed without complaint all laws adopted by its government, and waved through Malta’s decision to renounce her and become a republic. I am saying many people of that generation held her in high regard just for being her and behaving the way she did as we made our first baby steps as a sovereign nation.

It wouldn’t have hurt us to fly our flags at half-mast for a day when she died and for our government to say a few polite words of remembrance.

It didn’t hurt the United States of America who fought a war of independence against the armies of her ancestor to gain their independence and fought another war to retain it. Incidentally that ancestor was the same king our own ancestors asked to become King of Malta when nobody forced them to.

It didn’t hurt India who was one of the richest countries in the world before the arrival of the British and had become one of the poorest by the time of their departure. Elizabeth was never Queen of an independent India as she had been ours. Her father had been its Emperor when it was still under colonial yoke. And yet India too flew its flags at half-mast in mourning at her passing.

I subscribe to republicanism, and I share the urge to confront our colonial past with honesty and without nostalgia. I was born too late to get fuzzy about the Windsors in any case.

But that’s no reason to be rude.

I’m no fan of some of the Heads of State who followed her, but that doesn’t mean I can’t stand to attention and bow my head for a minute or two as they make their final journey.

We’re still in time. Perhaps the government might consider officially mourning Elizabeth today week on the day of her funeral.