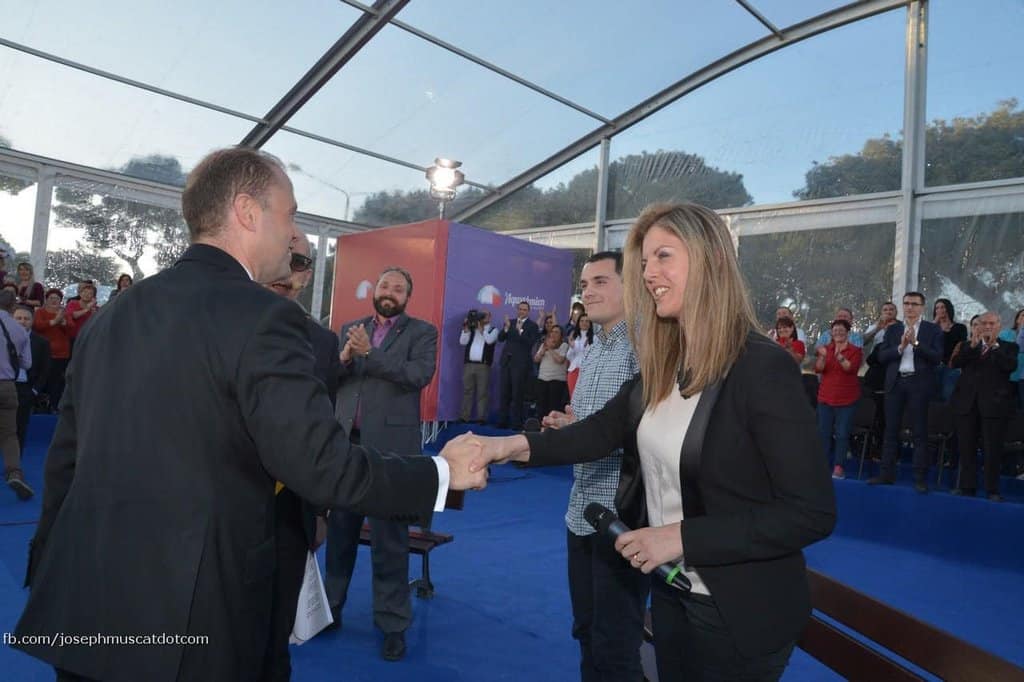 On the eve of the 2017 election, called a year ahead of time officially because of Daphne Caruana Galizia’s reporting about evidence in the possession of Pilatus Bank that Joseph Muscat’s wife received illicit payments from Azerbaijan, Nadine Lia publicly spoke at a Labour Party event in the presence of Joseph Muscat. She trivialised the reports about what was happening at Pilatus Bank. She said “Mistakes happen. So what?” She passed judgement and proceeded to endorse Joseph Muscat for re-election.

Here’s a video released by Repubblika today that sums it up.

She now insists she is not conflicted when deciding on a challenge filed by Repubblika against the police commissioner insisting that the conclusions of an inquiry concluded almost 2 years ago are implemented including re-examining the alleged payments to Mrs Joseph Muscat.

That is one reason the magistrate is conflicted. While filing a constitutional complaint claiming that Nadine Lia’s insistence that she continues to hear the case is a breach of our right to a fair hearing, Robert Aquilina gave other reasons why she should back out.

Her father-in-law, Pawlu Lia, represented Keith Schembri in a libel suit against the allegation that he is corrupt. Keith Schembri held an account at Pilatus Bank as did one Chen Cheng exposed as the owner of Macbridge, a Dubai company identified by Keith Schembri’s own accountants as the source of unexplained funds directed at his Panama company.

The same Pawlu Lia also counts as his clients Joseph and Michelle Muscat, the latter alleged to have received payments through Pilatus Bank. On Joseph Muscat’s behalf Pawlu Lia drew up the terms of reference of the Egrant inquiry.

The magistrate deliberately attempted to discredit the evidence presented by Repubblika and she refused to ask the police and the attorney general to verify Repubblika’s claims.

Nadine Lia has a direct interest in Pawlu Lia’s law firm. Her husband works there.

So far nothing has persuaded her to let someone else decide this case.