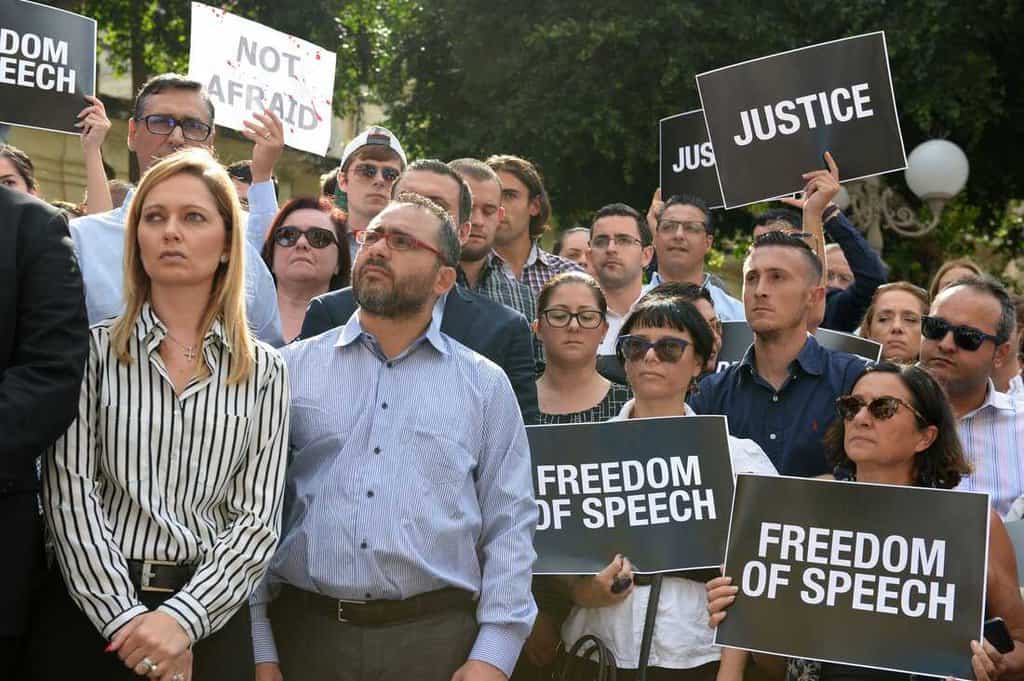 The third amendment to the constitution the government published yesterday rejigs the constitutional principle of free expression and, interestingly, the drafters resort to a universally respected source: the Universal Declaration of Human Rights.

Indeed, the new text that establishes the right to free expression is nearly identical to the Universal Declaration.

Except is the operative word here. The Universal Declaration establishes the principle. The Maltese constitution lists a pile of exceptions and reservations that empower the government to legislate limitations on free expression.

The changes are subtle but a close look at the drafting betrays the thinking of the authors. Consider, for example, how the colonial text imposes a limit on free expression in the interest of “defence” which limits the restrictions on matters of engagements or relations that are external to the country, particularly in times of war. That’s a reasonably narrow restriction.

There’s a new reservation, which is a reworded version of the colonial original, that limits free expression “for the prevention of disorder or crime”. That’s different from the original “in the interests of public order” because the interests of public order are only threatened with disorder. The prevention of crime is much vaguer than that. What circumstances, what journalistic investigations into crime and collusion with political power, will switch on the state’s newly acquired power to stop journalists from doing their work?

There’s another new exception to free expression: “for preventing the disclosure of information received in confidence”. Perhaps mine is the most negative reading of this clause possible, but who can read it differently when they know how this government has treated whistleblowers. Who can read it differently when this amendment harshens the colonial gag on civil servants by specifically empowering the government to make laws to restrict the freedom of expression of public officers “for the purpose of maintaining confidence in the public service”.

What is this? If you ask me this is a threat of prison for any civil servant who is a witness to a crime committed within government. This is the warning to Jonathan Ferris writ large and inserted in the constitution. This is a constitutional reversal of the principles in the EU Directive on whistleblower protection. It is a direct threat to the sources of journalists from within the government. The government is giving itself the power to make laws to punish anyone from within government that dares speak to anyone outside it in a way that puts it in a bad light.

The alternative is to give this bill a positive reading in which case the best-case scenario is that this text was drafted by incompetent people, so incompetent indeed that even I, incompetent as I confess, I am, can see it.

But we’ve been here before. We’ve had 10 years of laws rushed through Parliament without consultation, without explanation, without publicly written expert opinions, sold to us as liberating improvements to our rights and freedoms and then used against us. The whistle-blower protection law, the removal of the statute of limitations on corruption, the right to resort to judicial review of the attorney general’s decision not to prosecute: these are but three examples of laws that sound good but have had the opposite effect of what they were declared to be meant to do.

And, I fear, this morning’s newspapers have just hailed constitutional amendments that promise to protect them but carry in their belly the seeds of an even more suffocating environment for media in this country.

There should have been one tell-tale sign. Why did the government refuse to discuss these drafts, refuse to listen to anyone before taking them to Parliament where they will be rushed through quicker than you can blink? Because a rapist rarely takes a long time.

Previous:(3) The amendments to the Constitution threaten rather than protect free speech
Next:Malta in the dock over passport sales: Commission asks European Court to ban practice