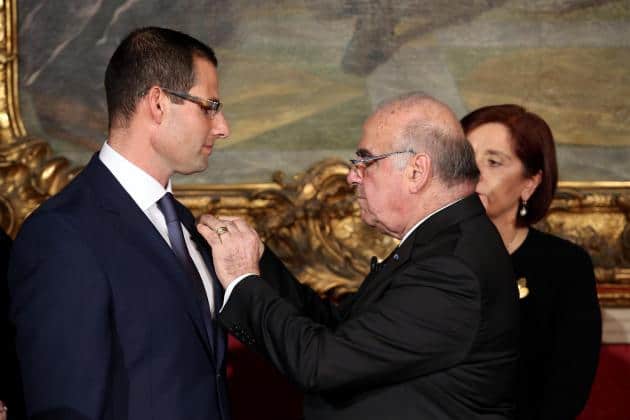 Robert Abela swept away his interviewer’s suggestion that he may consider nominating Lawrence Gonzi as the next president. The interviewer asked if the PM would consider “making” Gonzi president. Robert Abela should have seen through the trick question but it was too smart for him.

It is for parliament to choose the president, and now, after recent changes, the choice needs the approval of at least two-thirds of the members which means that the president is meant to be chosen by consensus across the political divide.

Robert Abela failed to point that out to his interviewer. If he had any respect for the institution of parliament first, the presidency second, his proper response would have been to refuse to anticipate what parliament might decide. It is perfectly conceivable, at law, for parliament to choose someone the prime minister does not approve of. Not to allow for that possibility is arrogant and holds parliament in contempt.

I am not making a case for Lawrence Gonzi to make president. That discussion is for another day. If Robert Abela was a fan of the idea his proper response to the question should still have been to refuse to anticipate parliament’s desires.

In the old system, the system that led to the election of all presidents right up to the incumbent, the government did not need opposition support in the choice of president it made. Now it does.

The situation at the Ombudsman’s office and, it is reasonable to expect, in the office of the Commissioner for Standards in Public Life, shows just how the intent of the constitutional requirement of a two-thirds majority agreement on the choice of who fills these positions is being utterly perverted.

The idea of the two-thirds majority requirement was meant to force our institutions to choose people on whom both parties, not just the ruling party, can get behind. That way institutions that are meant to mitigate the near imperial powers of the prime minister are not inhibited by the mere fact that they are his appointees and serve at the pleasure of the politician they are supposed to keep in check.

The way the new two-thirds majority requirement was introduced also provides for a so-called solution to what happens when the two sides of parliament fail to agree on a new choice. The rule says that until they find someone they agree on, the person in office whose term is due to expire stays on.

This is proving to be disastrous. Government and opposition have failed to agree on a choice for a new ombudsman months after the current holder of the office was due to retire. Anthony Mifsud is stuck there in a limbo with no apparent end. He has long since lost any motivation, his staff have been in suspension floating in a transition with no resolution. That’s just how the government wants it. The position is nearly vacant, certainly weakened, unable to fulfil its function of keeping it in check.

The government can bring about these vacancies constructively, by frustrating the intent of the law and nominating people it fully expects the opposition to disagree with. We are not privy to the nominations made by the government because the process is not open and not transparent at all. But let us imagine the government seeks the opposition’s agreement to nominate, say, Karl Stagno Navarra as Ombudsman, or Emmanuel Cuschieri as Commissioner for Standards in Public Life, or Franco Debono as Chief Justice, it would be clear then that the government would be acting in bad faith indirectly but emphatically acting to leave the positions vacant.

While Anthony Mifsud lives out his slow near-retirement as ombudsman for life, the government took no risks with the Office of the Commissioner for Standards. George Hyzler might have proven a bigger problem for the government had he been kept in office while the two sides of Parliament failed to find someone to replace him with. As commissioner for standards and in contrasts with Anthony Mifsud as ombudsman, George Hyzler was perfectly willing to fulfil his duty of being a nuisance to the government, and was right up to his resignation positively pubescent in his dynamism. Apart from his undoubted eligibility, it is reasonable to think the government decided to promote George Hyzler to Luxembourg to leave the place he occupied conveniently (to them) empty officially because the government and the opposition have failed to agree on a choice to replace him.

Robert Abela’s response to the reporter may have said in so many words that he disagreed that Lawrence Gonzi would make for a good president. But the words he was speaking without saying were that Robert Abela cannot ever see himself approving a nominee to the presidency that the Opposition would be comfortable voting in favour of.

After all there’s a ‘solution’ to that problem. George Vella forever.

If we were to acknowledge Robert Abela’s concern that Lawrence Gonzi does not have the credentials to unite the country, the question he should be asked is whether he thinks having George Vella as president beyond the date his current term is due to expire is a solution that would unite the country instead.

We don’t like Lawrence Gonzi, right? So, let’s have Joseph Muscat’s political godfather as our president. Forever.