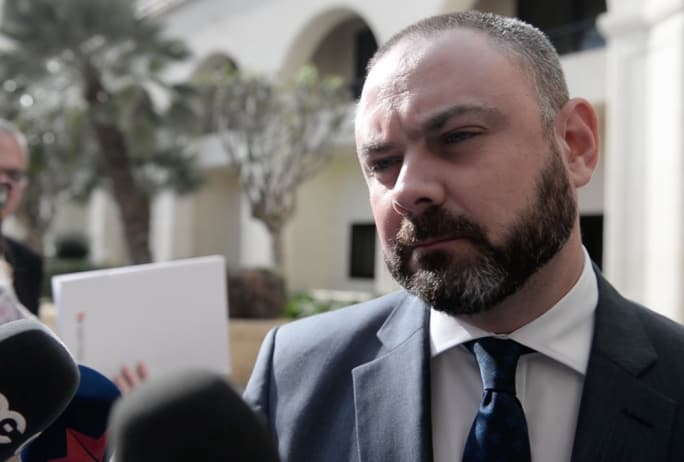 Another Joseph Muscat acolyte has slept on a bench in Kordin, one more in a list far shorter than it should be. Sigmund Mifsud, Labour Party election candidate, was such a Joseph Muscat man that one time he organised a concert by the national orchestra curated to perform Muscat’s favourite songs. Because this is North Korea. With palm trees.

Sigmund Mifsud has been charged with tampering with evidence in a sexual harassment case within the state-owned company he ran because he’s handy with the trumpet and doesn’t mind Joseph Muscat tea-bagging him between Bach and Satchmo.

Owen Bonnici suspended Sigmund Mifsud pending the outcome of the criminal proceedings against him. Do not for a moment be tempted to admire Owen Bonnici for doing better than Byron Camilleri who refused to suspend prison director Robert Brincau after he was charged with threatening to kill an ambulance driver while pointing a service weapon to his head.

The director of the national orchestra and the director of prisons are governed by the same ethical rules but in identical circumstances they were treated differently by two ministers of the same government.

Sigmund Mifsud is having breakfast in Kordin this morning. Try, for a moment, to imagine the conversation he’d be having with Robert Brincau.

The heading of this post sets the agenda. Leave aside Sigmund Mifsud for a moment and focus on Owen Bonnici because he has some questions to answer.

When was Owen Bonnici first briefed that Sigmund Mifsud misled his board of directors about his actions in this sexual harassment case? When was Owen Bonnici made aware that the orchestra board had been informed that the alleged perpetrator of the abuse had been fired when Sigmund Mifsud had instead retained the individual concerned on the orchestra payroll?

Has Owen Bonnici inquired about a public service position to which Sigmund Mifsud could be redeployed so that he would be retained in employment in spite of his conduct in allegedly covering up sexual harassment in the company he was appointed to run?

This is important. You don’t need to be “the most feminist government in history” to have a problem with mediocre demigods systemically harassing women for their sexual kicks and getting away with it. But it should help if you were.

Criminal proceedings are nowhere near enough. A government agency here is suspected of systemic sexual harassment, discrimination against women, and institutional complicity to cover the abuse up to the point of pushing professionals out of their careers. We have here clear reasons to suspect institutional failure if not institutional abuse. This is the subject of a parliamentary inquiry where ministers and officials are made to answer these and other pointed questions.

If not, our state is sending a signal to women they have long been aware of: that if they are to have a public service career and to pursue their passions as a service to the community they need to be prepared to go through what one courageous victim of Owen Bonnici’s department refused to submit to. At the cost of her career.