LONG READ: Stuck in the middle with you 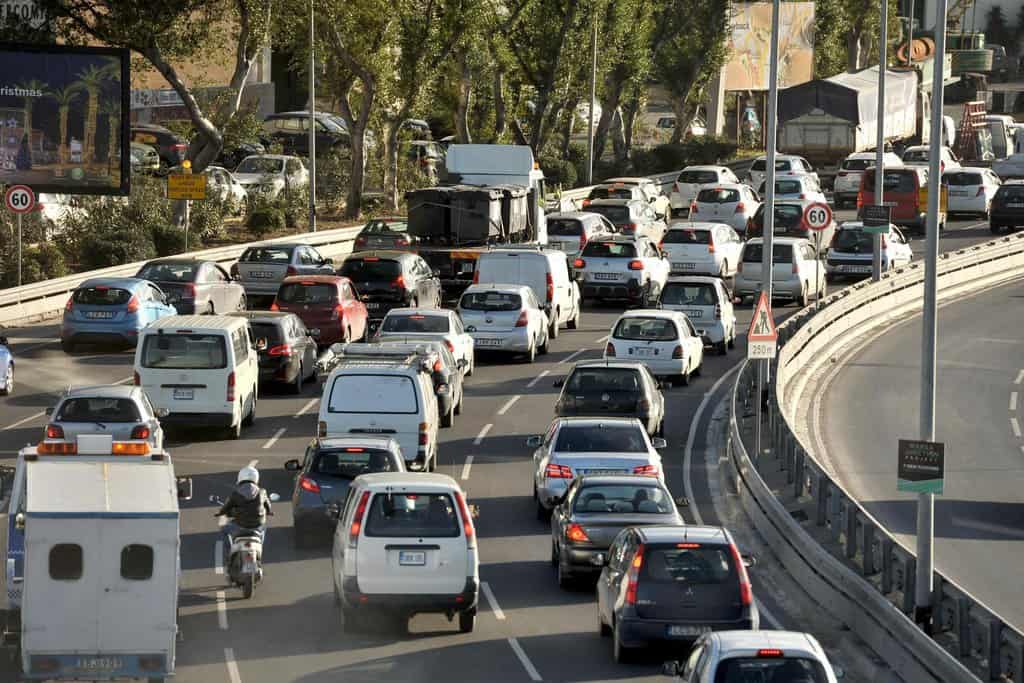 In September 2013, I had been out of government for 6 months. My last job in government was as head of secretariat for the transport minister. I wasn’t myself the transport minister but after him I was perhaps the face best known for the hiccupy bus reform. Until then, and for a long time after, I was known as “Delia tal-Arriva” named after the bus company that operated the first public transport contract of the reformed service, branded like any nameless water heater as a Geyser.

I was at work in my new job in Harare when I got a call from someone who said they were a Super 1 journalist. In the intervening 6 months, the new Labour government kicked Arriva out and replaced them with the operator that is still in business today. The Labour Party-employed reporter asked me to comment on how I felt about being proven so useless now that traffic congestion had been so radically reduced and traffic flow improved since the new bus operators came in.

I could have told that reporter that she was being hopelessly naïve, that one could be optimistic about traffic congestion in September only to be traumatised when the schools open in October, that avoiding a future of paralysing gridlock on our roads would require much harder work than replacing the owners of the bus service. But, I felt, it was not for me, a veteran of a former government that had just lost an election, to wag my fingers at a new government newly entrusted with the job. So, I said I had no comment to make and in any case I couldn’t judge what the conditions of traffic were in Malta from my office in Harare.

“In where?” the reporter asked. “Harare. I’m in Zimbabwe.”

Gleefully, Super 1 reported that while the Labour government was saving Malta from the traffic jams of the dark days of Nationalist incompetence, Manuel Delia had run away to Zimbabwe. Their thinly veiled racism came through in the slimy implication that I was hiding in the jungle feeding on human body parts. On top of being “Delia tal-Arriva”, I had become “Delia taż-Żimbabwe”. A racist would understand why that is meant as an insult.

After that phone call I remember thinking back at a conference for tourism ministers I had attended some months before the end of the government I worked for. The conference was moderated by Michael Portillo. People with shorter memories would know him for his fantastic train travelogues on the BBC. But he introduced himself as having once been the next prime minister of the UK. He had been a threat to John Major who dealt with him politically by giving him any politician’s “last job in government”. He appointed him transport minister. A few transport ministers in that room chuckled nervously.

“Being transport minister,” Michael Portillo quipped, “is the only job in government where when people are late for a meeting with you, you have to apologise to them.”

Everyone knows better how transport, particularly road transport, should be improved. But few popular solutions ever make things any better. It is restrictive to stop at defining mobility, the ability to move from one place to another, as a right. Rights are unlimited. If we have a right to life, say, the privilege of living cannot be reserved to a limited number and denied the rest.

It is perhaps more proper to think of mobility as a resource. Think of a pool of water. Everyone may have the right to drink but if there are more people whose thirst needs quenching than space around the pool, the issue becomes how to draw up rules to give everyone a fair chance of surviving. It becomes necessary for someone to hold back the profiteers from hoarding water and selling it at ruinous rates to the thirsty. It becomes necessary to prevent people from fighting on the water’s edge so that the strongest, rather than the neediest, get to the water first.

Someone has to establish rules and enforce them to ensure justice at the pond. That’s why we have governments, to take violence away from everyone else, to ensure fairness, and to give the weak as much of a chance as the strong.

Let’s take this watery analogy to our roads. This is a crowded place. Our roads groan under the weight of hot glaciers of crawling cars, our streets are dammed by cranes, concrete mixers, lifters, and delivery vans, our village squares and city streets are buried like junkyards for parked cars. We wade in a quagmire of metal, smoke, and fury. It costs us time, money, and sanity. It never gets better.

Newer buses didn’t improve things. Not even free buses did it. Wider roads, slingshot flyovers, brightly lit tunnels, underground car parks, none of that has made things any better. If anything, the situation gets worse, and we are falling in greater despair as we find no way out.

Like anyone else I struggled to sympathise with university students complaining about parking rates, since revised downwards, introduced by the commercially operated car park just outside the ring road. Seen in isolation the students sound entitled, indulging their first world problems, like petulant, privileged, hopelessly unrealistic princes.

Don’t see it in isolation. Whether you pay for parking or you don’t, getting to university is a veritable nightmare. I was there this year for its first week of business manning a Repubblika stand for freshers’ week. The 20-minute journey from my home took nearly two hours, a quarter of which spent crawling down the slip road off the highway to the bus junction outside the university’s car entrance.

I needed the car because I was carrying a car-boot full of advertising material but I couldn’t for the life of me leave it anywhere nearer than Swatar, over a kilometre away through winding foot passages to avoid the mortal danger of the highway that gashes through Msida like a deep wound.

This is everyday life for thousands of people all over the island, anywhere east of Mosta, north of Fgura, and south of San Ġwann. If only we could throw a little bit of money at the problem, pay some more to use the road or to park the car, and the problem goes away.

But no money can mitigate the fact that we live on an island with more cars than road space, and more space wasted on roads and on parking than can be considered liveable. There are too many of us around this pond of water for all of us to be able to drink whenever the mood takes us.

So, someone in authority needs to do something about it. That is why we have a government. So far the authorities have danced around the problem. They have built decking around the pool of water and rolled out umbrellas to shade us from the sun. They’ve built wider roads and spinning fly-overs and removed the price on bus tickets and presented these very expensive trinkets as solutions to the traffic problem.

And they did that because they know something they don’t want to admit. Addressing the traffic problem properly cannot be done without bad news. They need to start taxing car use, prohibitively, forcing people into less convenient choices when moving around. They need to restrict car use, limiting access for vehicles in favour of access for people walking or cycling. They need to impose limits on multiple car ownership and obviate the viability of the use of cars in central areas, including residential areas. None of this is easy. None of it is anything near popular.

When congestion charging was timidly introduced in Valletta the political backlash was massive. Since then, Labour has all but abandoned it still charging rates that had limited impact when the scheme was introduced nearly 15 years ago but are not even a nuisance today. Park and ride schemes introduced 15 years ago have become nearshore extensions of the overcrowding inside towns. The long-term benefits of the shaky bus reform of nearly 15 years ago have been abandoned in favour of the old practice of giving bus operators a license to drop services without consequence to them in spite of the pain caused to passengers. The residential parking schemes to discourage long-term commuting introduced nearly 25 years ago have been abandoned or suppressed, prioritising cars lying dead for days on end over the mobility of the people who would use that space to live.

Although I criticise authorities for a lot of things I still feel now that I shouldn’t be the one to wag my fingers at the authorities for failing to implement solutions for traffic congestion when I had my chance until 2013. We started a few measures, residential parking schemes, congestion charging, passenger-focused bus services. None of them worked as well as they were meant to, and none of their objectives have survived the populist desert of the transport policies of the Labour government.

I’m not wagging fingers even if I’m frustrated that people appear surprised that ‘doing nothing’ to restrain car use has brought us in the hell we’re in right now. I’m frustrated people don’t realise it will get worse unless the authorities introduce unpopular and painful measures that will force people out of their cars and into less obviously convenient ways of travelling, starting with their feet.

If we are to have an extinction rebellion it shouldn’t be to complain private car parks are too expensive. It should be to drastically reduce the use of motorised vehicles merely to move about.

The only transport minister who is doing their job right – who is, to borrow a phrase from that Ian Borg, getting things done – is an unpopular minister doing properly their last job in politics.