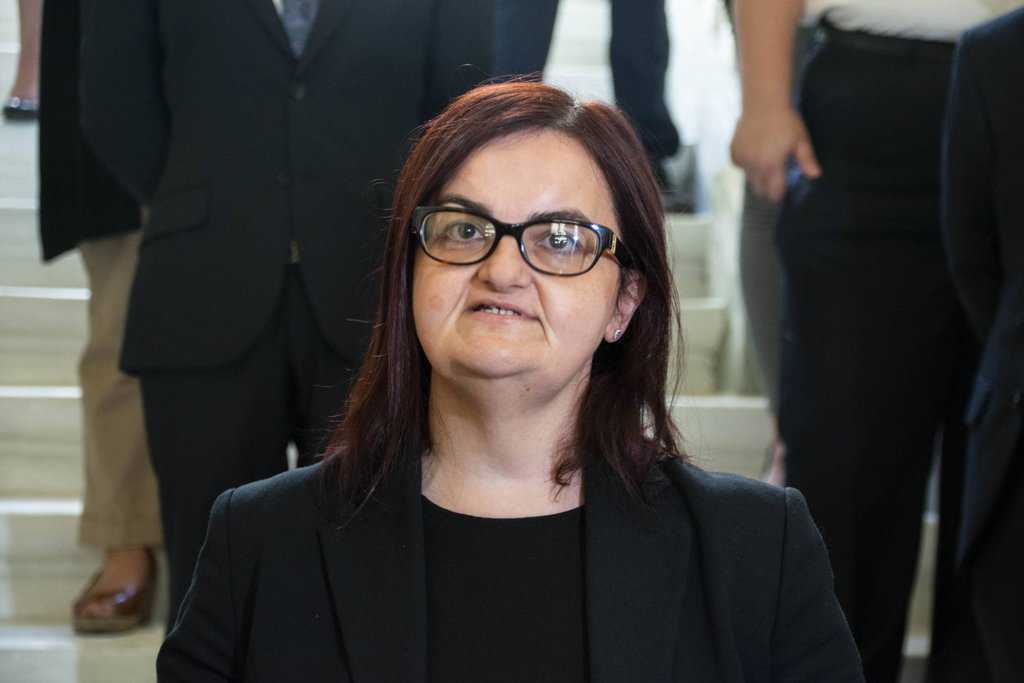 The attorney general, Victoria Buttigieg, will tomorrow morning have to take the stand and answer Repubblika’s questions on her decision not to prosecute Ali Sadr Hashemi Nejad and other people indicated by a magisterial inquiry for having committed crimes at and through Pilatus Bank.

In another piece after another decision on another front of this complex battle Repubblika is fighting I explained this morning why this case is important and why state officials – the police chief, the magistrate who is married to the son of Joseph Muscat’s lawyer, and the attorney general – have thrown themselves body and soul between Repubblika and the justice it is seeking.

It is important because it’s important. It is also important because we are charting new ground here, we are pushing upwards the rights that Maltese citizens are entitled to but which the power of a government keen on protecting criminals in its ranks seeks to encroach on.

One of the observations made by the Venice Commission – the Council of Europe agency that examines how the laws of countries comply, or not, with the normally expected standards for any democratic country – in 2018 was that the attorney general in Malta had disproportionate powers that are vulnerable to abuse.

The attorney general is the official of the state who decides whether and when a person who has committed a crime is prosecuted. In respect of that decision the attorney general is entirely autonomous and reports to no one, not even to the government minister that appointed them to the post.

The maxim is that everyone is equal before the law. The attorney general is obliged to uphold that principle and is absolutely not given a license to create inequalities according to their likes and dislikes or how inconvenient a prosecution might be to Joseph Muscat and the Labour Party.

This was going to be a radical change for Malta, about as radical as the other change the Venice Commission suggested and which Malta eventually adopted after Repubblika forced the matter in the courts, that Maltese prime ministers no longer gets to choose who is made a judge and which one of them is promoted.

Note that both changes – judicial autonomy in appointing and promoting judges and judicial review of prosecutorial decisions not to prosecute – have exactly the same intent: to ensure that the judicial system functions freely of the influence of criminals in political power.

Note the context of these Venice Commission recommendations: made in the aftermath of the killing of Daphne Caruana Galizia when everyone and their sister realised that had the judiciary – and particularly the attorney general – done their job properly and served justice to Joseph Muscat and his gang of corrupt crooks, Malta would not have failed in its sacred duty of protecting the life of the journalist who was exposing that wrongdoing.

Under pressure from the Venice Commission, the government adopted changes to the law empowering someone who passes a number of legal tests to contest in a court of law a decision by the attorney general not to prosecute.

That law was badly written. Not because its authors were not up to the task. They certainly had several legal templates from other jurisdictions they could have followed. They wrote it badly to create as many windows as they could imagine for the attorney general to jump out of if anyone quite as crazy as Repubblika decided to contest an attorney general’s decision not to prosecute.

Consider the case in which Repubblika has tested this new provision. Repubblika knows that a magisterial inquiry has identified people for prosecution in the Pilatus Bank case. Under normal circumstances there is no way Repubblika should come by such information because magisterial inquiries are secret affairs as is the communication from a magistrate concluding the inquiry to the attorney general.

The act of the filing away of a case in spite of recommendations by a magistrate to commence prosecutions is also a state secret.

How can you challenge the attorney general in court for a decision you never know they have taken? That was the fundamental flaw the authors of the amendment to the law introducing judicial review to a prosecutor’s decision not to prosecute put in the system just so it cannot work.

Well, Repubblika came to know things it shouldn’t properly have ever found out – the conclusions of the inquiry – and challenged the attorney general in court for never having done anything about it even after those conclusions were drawn up.

The question stands. We do not live inside Victoria Buttigieg’s head. Has she or has she not decided not to prosecute Ali Sadr Hashemi Nejad and other sundry crooks identified by the inquiry?

Only she can answer that question definitively. That is precisely the question she has done everything to avoid replying. The so-called reasons she put to the court to avoid testifying tomorrow prove in and of themselves the bad faith of the government when they drew up a law that inherently contains the facetious excuses she is making.

I paraphrase, of course, but her logic, such as it is, is that Repubblika has no way of knowing she has decided not to prosecute Ali Sadr Hashemi Nejad et alia. Ergo, Repubblika have no right to contest a decision they cannot know exists. Repubblika is asking her to show up in court to answer whether it does, but since Repubblika don’t know the answer to the question, the AG has argued, she should not be made to answer it.

Aha, said the judge today. If we are to know whether Repubblika has a right to challenge your decision, only you, dear Victoria Buttigieg, are in a position to tell them (and the court) whether there is a decision to be challenged.

And so, she’s been ordered to come to court tomorrow.

What happens to the Pilatus case after that remains to be seen. But something important has happened today. Try as they might to write a law they meant to be useless, Repubblika and its crafty lawyer, one Jason Azzopardi, have found a way of still putting that law to use in the interest of justice.

I bet Edward Zammit Lewis and that Owen Bonnici do not feel as clever as they thought they had been when they wrote that law. No bets on how Victoria Buttigieg must be feeling.