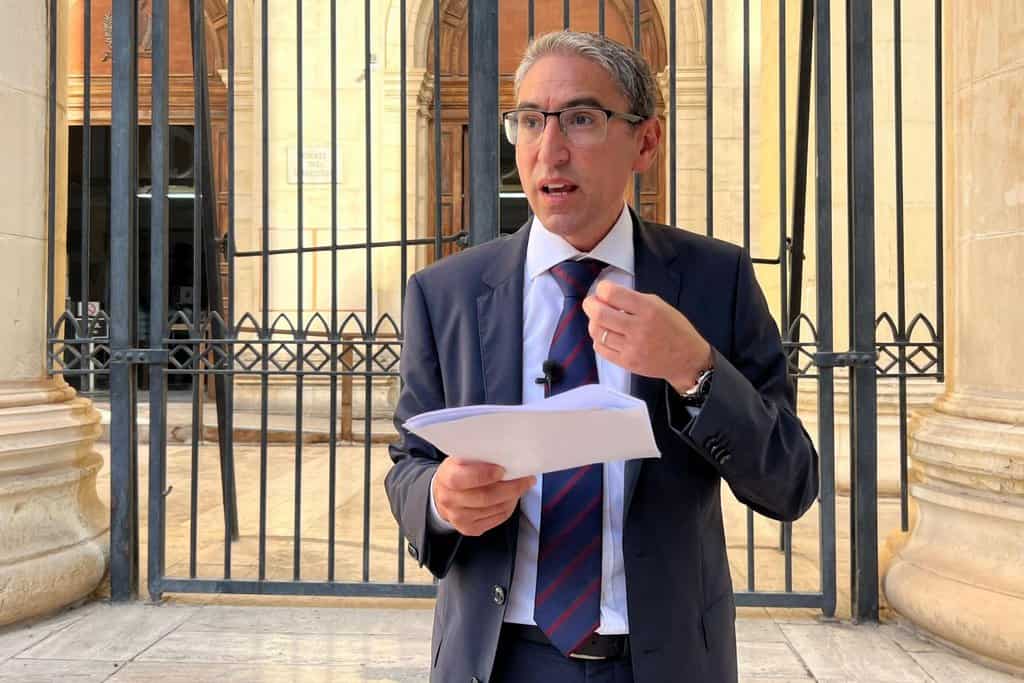 I was still writing my commentary on a decision by Judge Christian Falzon Scerri who overruled the attorney general’s plea to be exempted from testifying in the case brought by Repubblika for a judicial review of her decision not prosecute Ali Sadr Hashemi Nejad and other crooks from Pilatus Bank, when we heard that Attorney General Victoria Buttigieg had filed another plea for an exemption.

We found out because we were seeing a copy of the judge’s rejection of this last-ditch attempt to dodge this particular bullet. I haven’t yet seen a copy of her plea so this is a bit like hearing just one side of a phone conversation, but there’s a lot that can be gleaned from the judge’s response because there were some significantly bristly verses in his final decision.

Firstly, the judge said that this last-minute plea to be excused from testifying had no argument that he had not already heard before. If there’s no new argument why should he change the decision he’d taken earlier that very day?

Then the judge slapped back at an accusation we can presume the attorney general faced him with. No, the judge said, I can’t see how I’m breaching the Constitution of Malta and the European Convention on Human Rights.

I don’t know in what way the attorney general felt the judge’s decision was unconstitutional though there are some hints in the judge’s response. It sounded like Victoria Buttigieg argued that being forced to testify in a case reviewing her decision not to prosecute Ali Sar Hashemi Nejad (and others) would prejudice the presumption in front of an eventual criminal court of the innocence of Ali Sadr Hashemi Nejad (and others).

Hogwash, the judge retorted. For the avoidance of doubt, I paraphrase liberally but the sense is there. The judge patiently explained to the attorney general that the principle of the presumption of innocence is not compromised if the attorney general were to say that they thought someone was guilty of a crime. Because that’s what the attorney general does. They are a prosecutor. Nay, they are the chief prosecutor of the land. By definition, prosecutors charge someone with a crime because they believe them, on the basis of the evidence in their possession, to be guilty of the crimes.

I’m taking the time to explain this even though it sounds obvious. If the presumption of the innocence of people who should be accused of having committed a crime be extended to prosecutors, no one would ever, ever be prosecuted. Can you imagine a prosecutor in a murder trial saying ‘ladies and gentlemen of the jury, the person in the dock is innocent and I accuse them of no crime’?

I shouldn’t be impatient and consider it beneath my dignity to explain the obvious, even if it might feel comical to do so. The judge certainly didn’t think it was beneath his dignity to take the time to explain. He patiently illustrated it to the attorney general, with diagrams painted by numbers if you will grant me temporary poetic license, as if he was speaking to secondary school students on a field trip to the court building during careers week.

Victoria Buttigieg was due another revision class from her barely thumbed dusty copy of “Basic Legal Principles for Idiots”. You can’t invoke the Human Rights Convention in your defence, the judge reminded the chief prosecutor of the land, because human rights law is meant to protect citizens from you not the other way round. I repeat I haven’t seen Victoria Buttigieg’s plea but seeing in its rejection this specific put-down forces me, against any good judgement, to feel embarrassed on Victoria Buttigieg’s behalf.

You see, it is not Repubblika’s core mission to create circumstances that demonstrate so devastatingly the inadequacy of some of those who hold very high office in this country. It becomes very hard to be an organisation that is so loyal to the republic that it calls itself Repubblika to play a role in demonstrating in ways only devious criminals like Darren Debono it-Topo could be capable of, just how bloody useless some of this republic’s officials are at the job they are paid to do.

The circumstance we would much rather be in as an NGO who calls itself Repubblika for reasons that are anything but accidental would be to sit behind the officials of the republic, rooting for them, cheering them on, supporting them, and protecting them as they fight criminals on our behalf.

Instead, to protect their hides, Joseph Muscat’s army of compromised, corrupt mediocrities appoint someone like Victoria Buttigieg because they’re far less concerned with their nominee’s ability to do her job on behalf of the republic as they are with their nominee’s willingness to cover their sorry arses.

Today, we would like to think, Victoria Buttigieg will comply with the doubly, trebly confirmed instruction to testify. As the judge took pains to point out in his personalised lecture on elementary law addressed to the attorney general, the court has yet to hear us. We’re far from a decision that agrees with us on our claims about what the attorney general should have done with respect to Pilatus Bank and that determines that we are right and the attorney general is wrong. We’re going to do our best to make our case as cogently as possible. We’ve always known the path was long and we want nothing better than to walk it.

But, it needs be said that if we do get Victoria Buttigieg to answer some of our questions today, in and of itself that would be an achievement, a considerable one and certainly one the brains behind Victoria Buttigieg’s appointment to a job she was eminently unqualified for never expected would happen. We’d have established the principle that the people who work for the republic are also accountable to it.

It goes with our name.