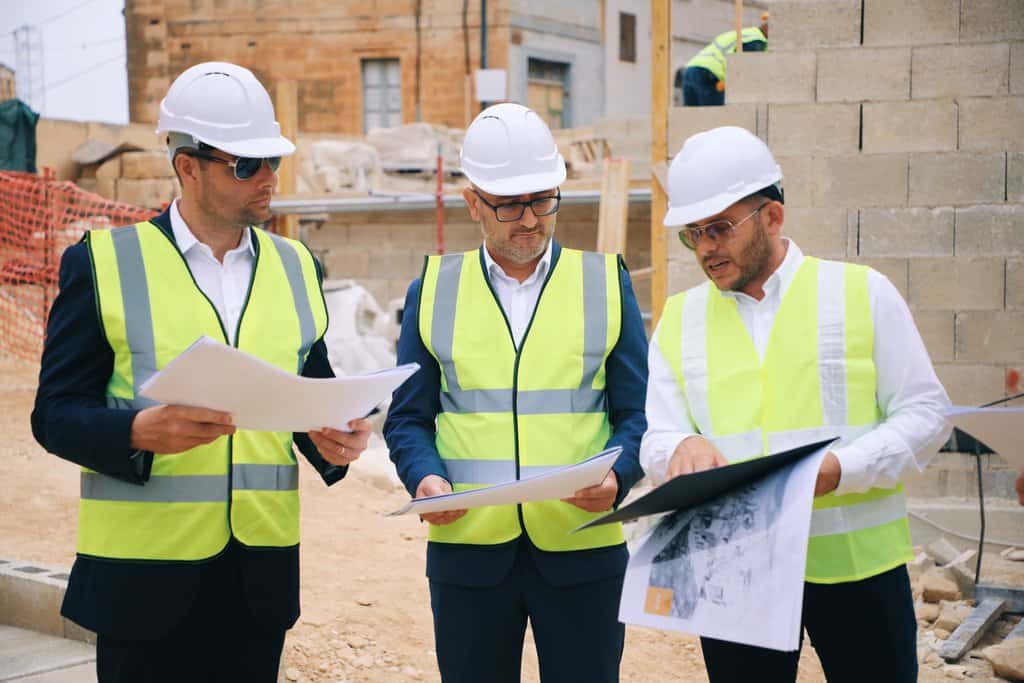 Each one of those deaths was followed by a magisterial inquiry to gather the evidence which would explain the causes of those deaths and to assess whether someone is culpable and must face criminal proceedings.

Who can be responsible for a death on a construction site? An accident is an accident is an accident but there are rules meant to prevent them. If the victim alone ignored the rules nobody else can be held responsible. But failures by site managers, owners, employers, and contractors also cause deaths. Or someone in the chain of controls could have neglected their duty whether it was their duty to implement measures or their duty to ensure that someone else implemented those measures.

Magistrates have the job to gather the evidence and where the evidence points to someone’s responsibility, to recommend criminal action against them. As with almost anything in our justice system magisterial inquiries into deaths on construction sites take ages to be completed. How can we avoid another death this month if a report on a similar accident that happened two years ago is still being compiled preventing us from learning the lessons we need to avoid repetitions or preventing us from taking irresponsible employers out of their business and into prison?

Considering all those deaths at work over the years the government was and remains under pressure to appear like it’s doing something about this. So, they are. There’s a bill in Parliament that seems to be intended to speed things up by avoiding the need to duplicate separate investigations by a magistrate and by the Health and Safety Authority which is the agency responsible to adopt and enforce the rules on safety at work. Instead of having separate investigation when someone dies at work or when someone is gravely hurt the magistrate conducting the inquiry is, according to this new law, to include someone from the Authority in their investigation.

Does this solve the problem of delays in concluding? Hardly. Or not at all. The fact that a magistrate is conducting an inquiry does not stop any other authority from doing their job at the same time. Which means that an OHSA inquiry can and should be happening in parallel with and separately from the magistrate’s inquiry. Which means that if the two processes are merged, a single outcome of two lines of inquiry is likely to take longer than the current reality.

Also, there’s another serious problem here. The way the law is drafted makes OHSA officials co-investigators and co-authors of the inquiry alongside, not under the authority of, the magistrate. We’re trying to mate a horse with a tiger.

Magistrates have no boss except the law and their conscience. OHSA staff do have a boss. That’s the minister, who appoints the board and the CEO, and who is entitled to answers to the questions he asks the authority, and who is empowered to give instructions to the authority.

There’s nothing in the new law that gives the officials working with the inquiring magistrate anything like the sort of autonomy the magistrate enjoys when investigating a wrongful death. There’s nothing that protects them from a minister asking them questions about what’s happening in their inquiry either. On the contrary the law under which they are given a job obliges them to answer the minister’s questions.

What happens when the line of inquiry finds that the Authority they work for has been negligent in enforcing the law thereby leading to someone’s death? What will the OHSA officials do, pursue justice without fear of the obvious consequences to their livelihood or protect the political interests of their boss?

There are, no doubt, problems with our magisterial inquiry system. The magistrate’s role is ambiguous because they’re not a judge in these proceedings, nor are they investigators proper. That ambiguity needs addressing. As does the enormity of the delays that come with the process.

The change proposed to Parliament achieves none of that and attacks instead the one great benefit of having magistrates conduct criminal inquiries: their complete independence from the executive and the fact that their role is never in the mix of what is being investigated, unlike regulators whose failures can be the cause of the very deaths they must account for.

The government could have addressed the problem of delays by hiring more magistrates to focus full-time on inquests, perhaps providing a few with specialised training on occupational safety laws and standards. But, it seems, the government is loath to increase the effectiveness of the judicial branch on which it has little to no control.

Consider that at one point the government hired one of its own MPs and a disgraced former minister, Manwel Mallia, to run the OHSA a person as autonomous from the interests of the Labour Party as a finger is autonomous from the hand it’s attached to. The Labour Party is deeply motivated to scupper the process of apportioning responsibility, particularly criminal responsibility, when people die on construction sites. The potentially accused, the suspects in these bloody and oft repeated crimes, are the funders of the Labour Party. They cannot keep the business of having a political party going if their funders are in jail.

There is one other reason why this law is dangerous, a reason we are now familiar with as the government publishes reams of these one-page laws that nibble at the constitutional safeguards of this democracy, such as they are. This law is yet another encroachment of the executive branch on the few institutions that exist outside it. It is another barely perceptible stab in this death by a thousand cuts. As encroachments go it feels minor but once the first compromise on judicial independence is secured all the bigger ones that follow will rest on this pleasant precedent.

Before you know it, magistrates will be forced to sit in silence as they watch a government appointed official question you in court and decide on your fate.