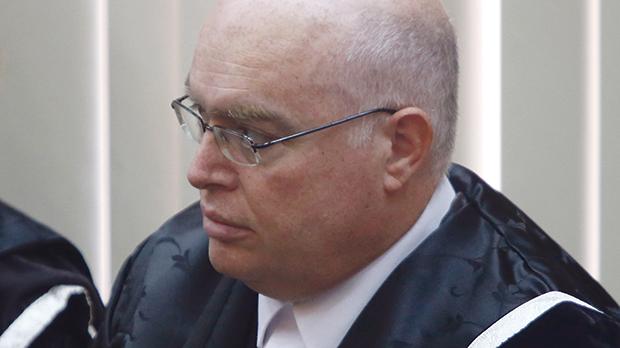 I am as angry, as shocked, as saddened as the next woman or man about the horrible killing of a woman by a car driver fuelled by cocaine and by some inexplicable pathological evil. I think that man has earned the status of most hated person in this country.

And yet this wasn’t the opportunity for Magistrate Joe Mifsud to behave like a day-time talk show host. If we wanted Jerry Springer to process people we accuse of murders we’d ask Jerry Springer, and we wouldn’t dress him in a toga.

Joe Mifsud’s comments were reported by journalists as an expression of opinions conjugated in the third person. Judges and magistrates avoid saying “I think …”. The say instead, “the Court thinks …” Joe Mifsud did that too yesterday, perverting the custom.

Judges speak in the third person because the judgements they pronounce are well beyond their personal views even if their persons are entrusted to express them. Their pronouncements are the pronouncements of the institution: they are judgements pronounced on the basis of law and conscience, of knowledge and evidence, having heard the contrasting views presented to them by two sides equipped equally.

Joe Mifsud was doing none of that yesterday. He was the magistrate hearing the arraignment of a man who is accused of a very grave crime and presumed innocent of it until all the evidence is heard including his side of the story. You and I can jump to conclusions based on what we’ve seen – the camera footage – and what we’ve heard – the unseen footage the police say they have and reports of his criminal past. You and I have every right to jump to conclusions because we do not have the power and authority to punish the accused. Our opinions are inconsequential.

“The court” however is not you and me. It is a place where judgement is pronounced after due process. Joe Mifsud’s rant from yesterday is no more informed than yours and mine. These are opinions expressed before any evidence is presented and are therefore by definition premature. They are by definition prejudicial. You and I mouth our opinions for free. Joe Mifsud is paid by the state, given constitutional protection to ensure his autonomy, guaranteed security of tenure to pronounce his opinions. The least we expect is that a judge does not talk his mouth off on the basis of what he watched on Facebook.

The reports of yesterday’s intervention by Joe Mifsud say that he qualified his remarks by saying he would not be entering into the merits of the case. So why not speak about what he thought at the local club? Why do it in the court room seated at the incontestable and unquestionable seat presiding over that court? Nothing he says in that room can be separated from the case presented to him in it.

I’m often warned that the way I write about cases that are ongoing could give the accused grounds to argue that I have prejudiced their right to a fair hearing, usurped the presumption of their innocence. I am warned to use carefully my influence as a journalist. What then must a magistrate hearing the arraignment of a person pleading not guilty to a charge of wilful homicide do to avoid having their opinions used as evidence that the accused suffered prejudice and was denied fair hearing?

“This court always believed in the sanctity of life from conception to death,” Joe Mifsud pronounced yesterday. Why was this the right occasion for Joe Mifsud to campaign against abortion, because, make no mistake, that was the intention of that remark and all the talk about “spreading a culture of death”? I could point out that no court is justified in having long standing opinions that are not based in law and this opinion isn’t. But I would be falling in the same trap of indulging in irrelevancies, the trap Joe Mifsud seems to relish bleeding in.

If there’s any law worth writing it is that killing anyone, except in very limited and well-defined circumstances, is wrong and therefore a crime. We don’t need a magistrate to remind us of that on the day a person is arraigned on a murder charge.

Nor do we need a magistrate to express their views on drugs and their dangers. I happen to agree with the magistrate on the evil of drug abuse and I’m probably far less informed than he is about the dangers of drugs. But the magistrate yesterday heard no evidence that this case has anything to do with drugs. Not in the courtroom anyway. He heard the drugs connection like you and I did on the newspapers. I am the first to defend the right and duty of the press to inform the public about what’s going on. But I expect the court to rely on altogether different sources of information: the evidence presented to it after the defence of the accused has the opportunity to challenge it and cross-examine it.

I think what I really want to say is that if Joe Mifsud misses having a platform from which to pronounce his opinions, interesting and competent as they may be, he’s in the wrong job. He should consider going back on TV which for decades was his element. If he wants to be a magistrate, then he needs to keep his opinions to himself, suffering as no doubt all judges do, the abdominal aches of introspection and presenting to the court room the only face justice should have, inscrutable, unsmiling, blindfolded, deaf to all that is said outside the room.

It is overdue time for Joe Mifsud to decide if he can do that.

Previous:Is it Dress Down Thursday in Castile?
Next:No lex to stand on