The Catholic Church’s reaction to the budget should not go unnoticed. The fact that it passes in silence is because many of us would rather ignore our conscience than feel it prick. You can criticise the Church for many things, but it has one thing going for it: it is remarkably consistent.

It is clear to one and all that the passport sales scheme is on its own the blanket that covers the rot in our public finances. We are running as much of a deficit as we ever had except that any shortfall is made up for by the number of passports we sell. That gives us some considerable advantages. It gets the EU enforcers off our backs removing pressure to raise taxation. It also reduces pressure on state-provided utilities to recover all their costs. And it stops the need for further public borrowing which of course has to be serviced by deeper revenue. 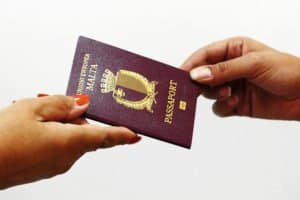 It basically adopts the principle that a million euro worth of new waste can be replenished by selling one more passport rather than by fiscal discipline and administrative rectitude.

The pressures that made the job of governing so tough in the Gonzi years have been dissolved. Gone are the days where a government department had to justify every single new employee even if they were to replace someone who retired. Gone are the days where every single handful of thousand euro in procurement was examined and chopped down by draconian bureaucrats in the finance ministry responsible to contain public expenditure.

In the meantime legal and accountancy firms are making a good buck on commissions for selling passports. They rationalise that this is an extension of the several services the country offers. 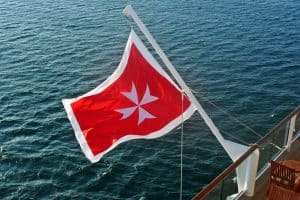 Take for example ship registration. On paper Malta has one of the largest merchant fleets in the world. We all know, and the rest of the world knows, that ships flying the Maltese flag all around the world have little to do with Malta. They are built outside the country, owned outside the country, shipped outside the country. But they fly the country’s flag. Ship-owners used to use the Malta flag because it was cavalier with shipping laws and they could evade the stricter laws of their own country by flying the flag that could not care less about environmental protection and employment standards but cared for the fees the ship-owners paid.

EU membership and the pressures of belonging to the world changed all that. We had to become as strict with the rules as any of them and our phase of immoral gain ended and gave way to a time when we started competing for our shipping clientele because we offered efficient, expert and reliable services that other countries could not or would not offer. We cleaned up our act and showed we could attract revenue for the public accounts and income for our service providers without compromising our ethical obligations to the rest of the world.

Consider then the example of our financial services. We started out as an off-shore tax haven, meaning that we acted like mediaeval chapels giving sanctuary to murderers because the laws of the land where they committed their crimes did not apply here. The metaphor may feel a bit excessively melodramatic because we often rationalise and justify crimes with no blood on the floor. But giving shelter to people avoiding tax in their own country is robbing people we do not know that should be benefiting from our clients’ taxes.

In an off-shore context we could have knowingly or unknowingly allowed people to hide their illicit gains from corruption or other crimes or money they used to fund terrorism. This is the white collar equivalent of hiding sawn off shotguns in the attic for a friend.

EU membership and the pressures of belonging to the world changed all that. We had to clean up our act, bring our services on-shore, and share the records of our customers with international authorities to scare away people hiding money they should not have. We also had to get our neighbours to agree with our tax rules graduating from a haven for tax evaders to a hotel for tax avoiders. Maybe not as morally sound as we pretend to be but not as dirty.

We have in the past been willing to make compromises with our ethics in order to attract income for our country. It was easier when any negative consequences of our actions and our choices where not within our sight. Like the proverbial tree that falls in the forest where no one can hear it, we decided to think it made no noise as it crunched down and hit the ground.

We kept up our compromise for as long as we got away with it and then like a New Jersey family particularly fond of spaghetti and meatballs we re-invested our advantage in these sectors in a legitimate version that washed our sins away and continued to make us money.

For those who want to rationalise, the present passport scheme is a logical continuation of this tradition. There is no specific European or international treaty law against it so we are not actually defying any written standard as such. Citizenship is the ultimate prerogative of a sovereign country and there is as likely to be an international convention on citizenship as there is going to be an international law regulating what colours can be put on national flags.

This is the reason why citizenship has historically always been such a political tool. The Irish Republic will grant citizenship to anyone born on either side of the Irish island. The West Germans would give an FDR passport and western Deutsche Marks to anyone from East Germany who survived the border police and defected to the west.

The ability to grant citizenship according to criteria set by the nation without any outside interference is the last vestige of traditional national sovereignty. Harmonisation in this area even in a region as integrated as Europe is almost certainly a fantasy.

Within the heart of Europe there co-exist two radically opposed notions of citizenship. 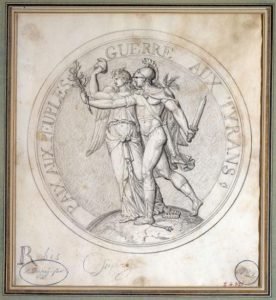 The French tradition – that essentially first created the notion of citizenship in modern times – has a direct link to Ancient Rome. Citizenship is not a matter of race, ethnicity, religion or even where someone was born. It is evidence of endowment of rights in an individual in exchange for loyalty and belonging. When the revolutionaries fought against the rest of Europe from 1792 to save their own Revolution they marched under the slogan of waging war on tyrants but peace on peoples. Once freed, anyone could become French.

The German tradition evolved in reaction and in opposition to this French notion of universal identity. For them being German was in the soil and in the blood of the German-speaking countries and anyone without those organic inherent attributes could never “become” German. One can only be born as one.

So third generation descendants of Turkish guest workers who know no home but Germany and speak no language but German would not be recognised as citizens but immigrants from the Ukraine whose ancestors a century before were German but who have never been to Germany or even spoken the language where granted citizenship on arrival.

Every country has its own story. The cases of Israel, Italy and the US all make fascinating reading.

Malta’s tradition of citizenship has been largely continental. You are Maltese if you were born here to Maltese parents. Around 20 years ago we extended that to overseas descendants of Maltese parents. The idea was to bring together the diaspora and keep a global solidarity even through generations. The reward to these Maltese descendants went beyond national pride in the origins and stock of their parents. It also gave them access to Europe which their own native passports would not give them.

The concept therefore was that being Maltese was a heritage inherited across generations or acquired through established settlement in Malta over a period of time, say through marriage or living here for several years.

Until we realised we could make money from this. We now call Maltese anyone able and willing to pay enough for the privilege. To some extent this is a form of elitist generosity or self-serving charity. The fact they can pay a million euro for a passport does not on its own mean that someone that wealthy would do so just to avoid queuing for a visa stamp in airports. They acquire a new citizenship because the one they already have imposes on them obligations they would rather not honour.

They may owe tax they would rather not pay. They may be escaping justice in their country. Those illegitimate reasons self-evidently tarnish the ethical soundness of offering them refuge. After all harbouring a crime is a crime in itself. Just because it is impossible for international law to codify this crime (as citizenship cannot be realistically regulated by international law) does not remove the ethical reasons to make such legislation desirable.

There could of course be perfectly understandable reasons why someone might want to avoid obligations arising from their citizenship of origin by acquiring another one. They could be escaping war or economic collapse or even persecution by an unfriendly state. Surely it is ethically desirable to help those in need. In principle, yes. But if such assistance is given for a price and reserved for those who could afford it and denied everyone else, any sheen of ethical acceptability is quickly washed off.

We could perhaps justify granting citizenship to millionaire Yemenis running away from the conflict in their country, but that argument only really works if we also wait in our harbours, blank passports in hand, to hand out to every refugee washed on our shores escaping from conflict in whichever miserable hell-hole they escaped from.

In simple terms therefore when we sell passports to people who want to forego their own for their personal benefit we profit on whatever dereliction of citizenry they are guilty of. And when we sell passports to people who must escape from misery to save their skin, we are guilty of exacting a price for our generosity and denying the same generosity to those who cannot pay for it.

We do not do this because we feel this is right. We do this because it makes us money. And like the New Jersey families fond of spaghetti and meatballs we wash away our conscience by spending the money we make on schools and hospitals and the benefit of the community: our own community that is.

This is an institutionalised act of immorality. And we know it is. Consider how the list of new Maltese citizens is kept secret and how two regulators justified their refusal to an insistent request from The Times to publish those names. The regulators said the government is right to keep the names secret because the new citizens’ countries of origin might take offence at Malta’s decision to award them citizenship and this might cause diplomatic hardship for Malta.

We know it’s wrong so we’d rather no one knew the details. We do not want other countries to have evidence in hand they cannot catch tax fugitives, or frankly any sort of fugitive, because we are harbouring them and protecting them from their laws.