Pilatus Bank bullies the local press. We will not be silenced.

Lawyers for Pilatus Bank have fallen on the leading independent news organisations here in Malta threatening them with ruinous law suits in the United States unless they remove reams of stories on Pilatus Bank from their archives. 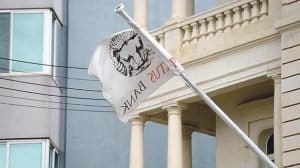 I am informed The Times has considered legal advice and has replaced two of its archived, now deleted, reports with a new one and tweaked some other of its archived reports.

Justin Borg Barthet has posted on Facebook a broken link to an archived story on Pilatus published by Malta Today. Malta Today’s Matthew Vella then confirmed to Justin Borg-Barthet they had removed the story following legal pressure from lawyers acting for Pilatus Bank.

I can see the point of view of these organisations. They are responsible for employees, creditors, shareholders. Their lawyers are trained and habitually defend them from law suits on a Maltese scale but when faced with an US law suit that could bring about the newspaper’s complete closure, they have to tread carefully.

I have no doubt in my mind that The Times and the other publications, faced by this behemoth, have at no point put freedom of expression far from their mind. I am certain they will have defended their stories as best they could and sought the best possible compromise that allows in publication as much as possible.

Corporate news organisations face these problems everywhere in the world.

We are just not used to this because the big corporate bullies like Pilatus Bank brought in the country under inexplicable pretexts to service the needs of the Azerbaijani regime are a relatively new feature of the legal and journalistic scene here in Malta.

That is what lone wolves are for. Bloggers are news organisations of one. Sure everyone’s everything, however small, is a lot to lose but what’s life without a little risk?

I am going to link on manueldelia.com the original reports I can find that have been removed by local news organisations from their on-line archives after the pressure put on them by Pilatus’s US lawyers.

I will let you know if someone with a brief-case knocks at the door.