Another institution for the chop

In 1995, the PN administration set up the Ombudsman. This would be an official with security of tenure appointed by cross-party consensus and reporting directly to Parliament. The Ombudsman would hear complaints of wrongful administration, unfairness in government decisions, injustices and discrimination. Without fear of retribution the Ombudsman would have the power to speak publicly about the cases she chooses to uphold and hold the government to account when her recommendations are not followed.

The PN was never perfect. But we forget all those initiatives when PN administrations sought to curtail the powers of the executive, even as they were elected to it.

Labour is unhappy with institutions with the power to contrast it and the Ombudsman has been in its sight for some time. 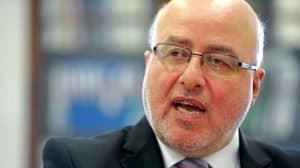 With a new circular, Mario Cutajar, the head of the civil service, whose own friends in the employment commission have only recently agreed with him that he had suffered discrimination under the PN, has set up permanent revolutionary courts designed to completely undercut the objective and critical role of the Ombudsman.

In 2015, the Labour government set up tribunals peopled with their own cronies to review “grievances” of civil servants. The tribunals have no basis at law, are not bound by procedure or process, are not obliged to be politically neutral and have the power to directly execute their decisions.

What that means in simple terms is that public service employees with a grudge can use their political contacts with Labour to secure promotion or compensation whether they deserve it or not.

And they can do this without resorting to an Ombudsman who is an independent institution. Instead they resort to a tribunal designed to favour Laburisti and banish the others.

It is even more perverse than that. The Ombudsman is obliged at law to only consider cases where other available means of redress have already been exhausted. Therefore a civil servant approaching the Ombudsman because of discrimination suffered under the PL government will have to be sent back to these banana tribunals first.

These banana tribunals can then be expected to turn down the complaints of non-Labour cronies on sight.

The Ombudsman in 2015 made his views known to the government. Back then these courts of revolutionary justice were supposed to have been temporary. 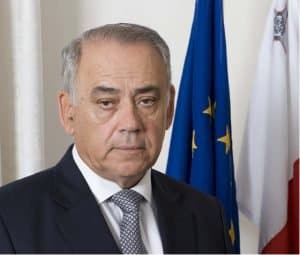 Please do take into account that amputating the Ombudsman is only a means to a greater end for the Labour administration. The real objective is the complete politicisation of the civil service.

As with the police force, they started by chopping all heads of “permanent secretaries” no matter their political affiliation. As they did with the army, they are now going through a consistent process of switching ranks, sending managers to till the fields and peasants to run the offices to stick to the Maoist metaphor.

That, you see, is what the government wants to remove. And dismantling the utility of the Ombudsman is a way to get them to achieve that.