The government have well and truly lost it. Do please first read their official DOI statement in response to the legal advice from a UK Human Rights law firm published yesterday by the Caruana Galizia family.

In 1987, when democracy  started being restored the Maltese parliament extended the right of petition for every person wishing to sue the Maltese government at the European Court of Human Rights if they felt their fundamental rights were denied.

Alleging the Maltese state has breached an individual’s fundamental freedoms is not an “exercise in contempt of the state” as the Maltese government today described the legal advice the Caruana Galizia family was given by a UK human rights law firm. 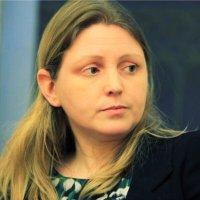 The legal opinion was signed by Caoilfhionn Gallagher, QC or as she must have been described internally when that atrocity of a press statement was being drafted: “barrannija li se toqgħod tindaħal x’nagħmlu hawn”/ a foreign woman interfering in the way we do things.

Contrary to the government’s argument, alleging a breach of human rights by a state that has signed the European Convention of Human Rights is a right protected at law. A Maltese citizen would have to exhaust all recourse available in one’s own country to make such a claim and failing all of those may seek judgement at the European Court of Human Rights in Strasbourg.

Claiming the way rights are trampled in a country is a matter of national sovereignty and not subject to the review of courts above and beyond the Maltese courts — as the Maltese government have done today — is a manifest falsehood.

Claiming that seeking advice of specialists in the European Convention on Human Rights and publishing that advice is intended “to undermine the authority of Maltese institutions” — as the Maltese government have done today — is an authoritarian over-reaction.

They have lost the plot.

The Maltese government’s statement today could have been written by any paranoid totalitarian iron curtain regime obsessed with its own dignity and authority, rating those considerations above compassion and individual rights.

A man can marry a man in this country and the prime minister will want to be in the picture. But that man cannot hire a lawyer to advise him of his rights at law when his mother is assassinated for doing her job. Speaking to a lawyer — and oh horror of horrors, a foreign one — is an “attack on the Maltese government and state”.

These mad Francoist freaks are now accusing Daphne Caruana Galizia’s family of sedition and of acts to undermine sovereignty. A department of information official statement has taken to an official, formal, state-driven dogma the slander of treason against the state.

What is the government proposing should be done? Should Matthew, Andrew and Paul now be exiled? Should they be hanged?