The Malta Independent purge interview with Maria Efimova from their online history. I’m publishing it here instead.

The Malta Independent appears to have given in to pressure from Pilatus Bank and changed history by purging a detailed interview it had conducted with Maria Efimova, the bank’s former employee who blew the whistle on corrupt transactions allegedly handled by the bank.

The interview itself was published the next day under the headline ‘Exclusive: I could not fly home to bury my mum, police took my passport on request of Pilatus Bank’. The interview has also been purged from the online record of The Malta Independent on Sunday.

Rachel Attard, editor-in-chief of the Independent group, confirmed to me that the stories have been removed. “Unfortunately we removed it from the portal as per legal advice”.

An extract of the interview on video is still available on vimeo.

It appears The Malta Independent has received the same advice The Times and Malta Today before them in response to threats made by Pilatus Bank of ruinous lawsuits outside Malta.

At this point all English language newspapers of Malta that are independent of political parties, have buckled under the pressure of Pilatus Bank. The bank’s actions have had the chilling of effect of altering the historical record.

In these conditions the Maltese public cannot be certain it is being fully informed of the facts, even the facts journalists are aware of.

In my view it is much in the public interest now as it was when it was first published that The Malta Independent’s original report of the interview with Maria Efimova remains available. The purging of information and the wiping of historical record is for dystopian novels, not for life in a normal democracy. We cannot allow this to happen to us.

I certainly accept that it is not in the interest of Pilatus Bank to keep these matters known. But the press does not exist to serve the interests of bankers, particularly those that stand accused of conducting illegal activities causing considerable harm to the reputation of Malta’s financial services industry and therefore the livelihood of the tens of thousands of people in Malta.

We have to defend Malta from this abusive use of legal tools in other jurisdictions that are wielded not in pursuit of truth but in the effort to suppress it.

As I had done when I became aware of other publications purging history from their record under the yoke of threats of Pilatus Bank, I am publishing on this website the removed articles. Should they wish to, Pilatus Bank’s lawyers may get in touch on my number +356.79884488. 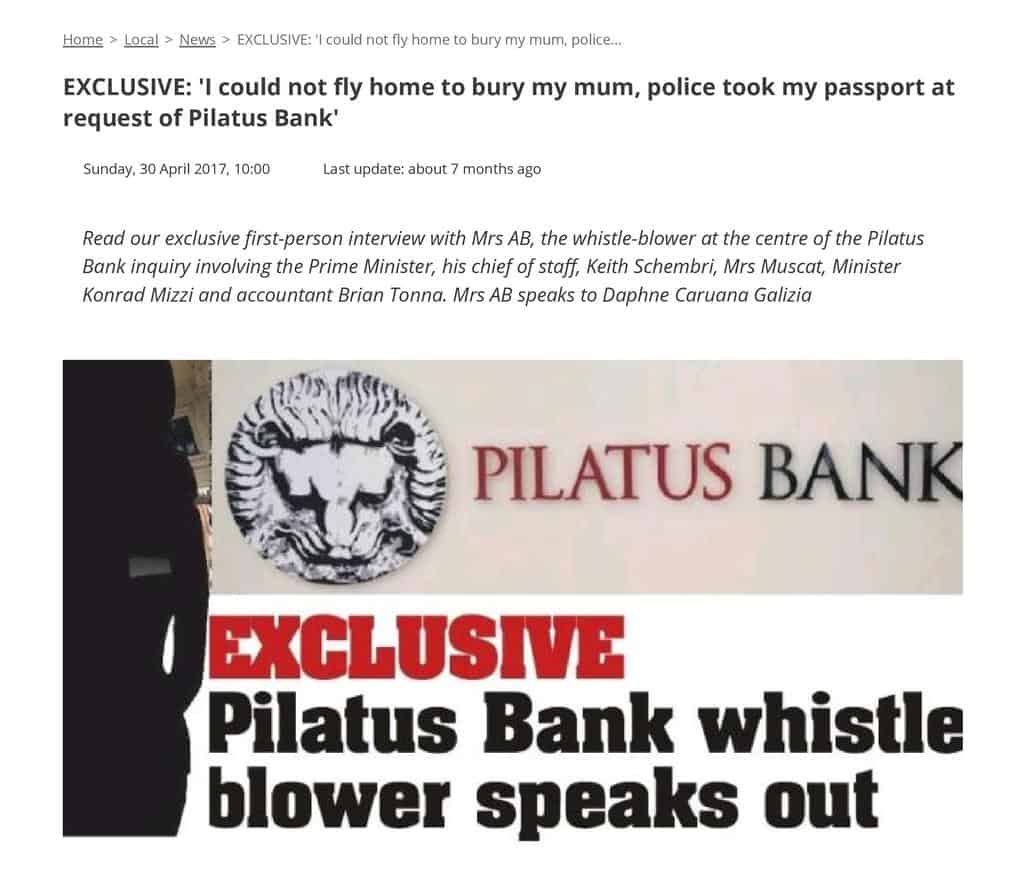 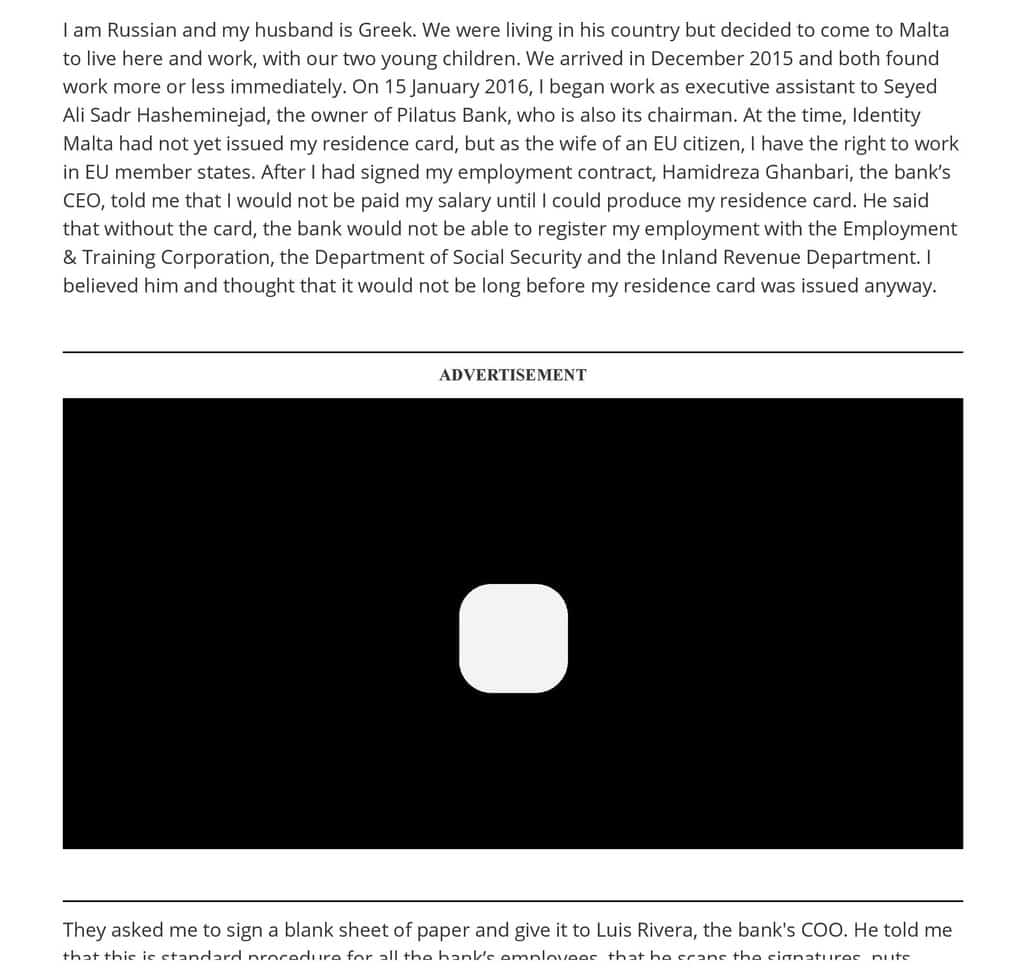 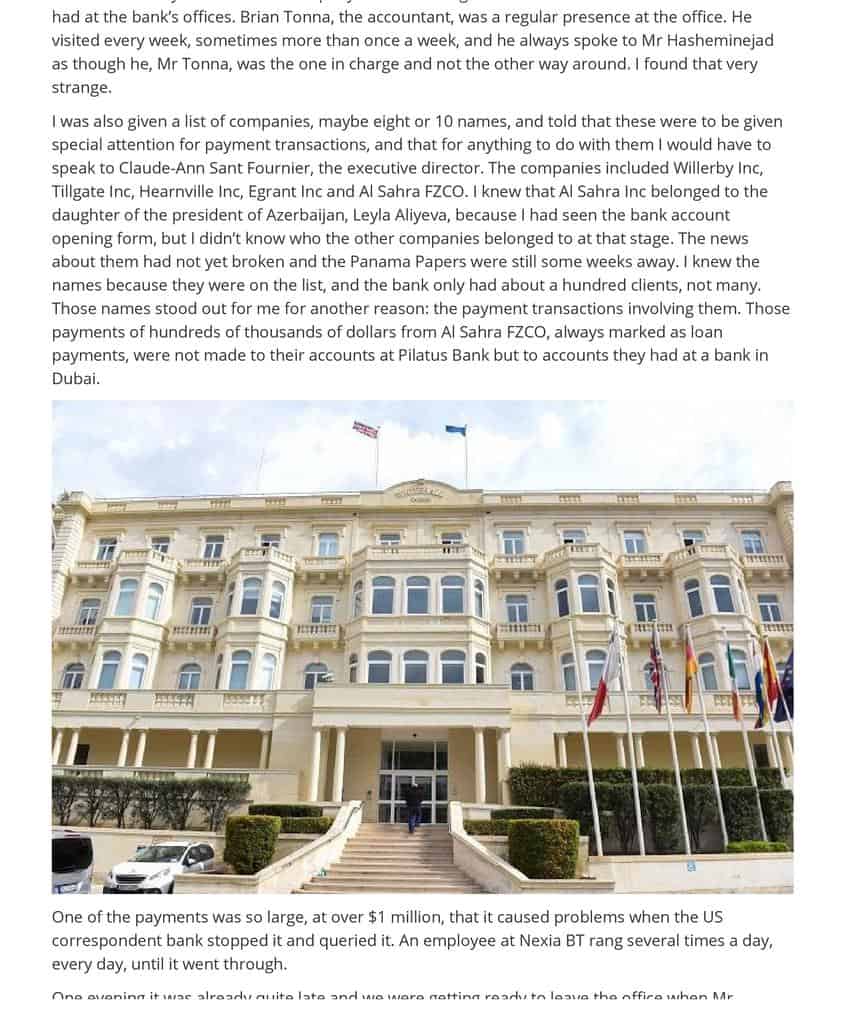 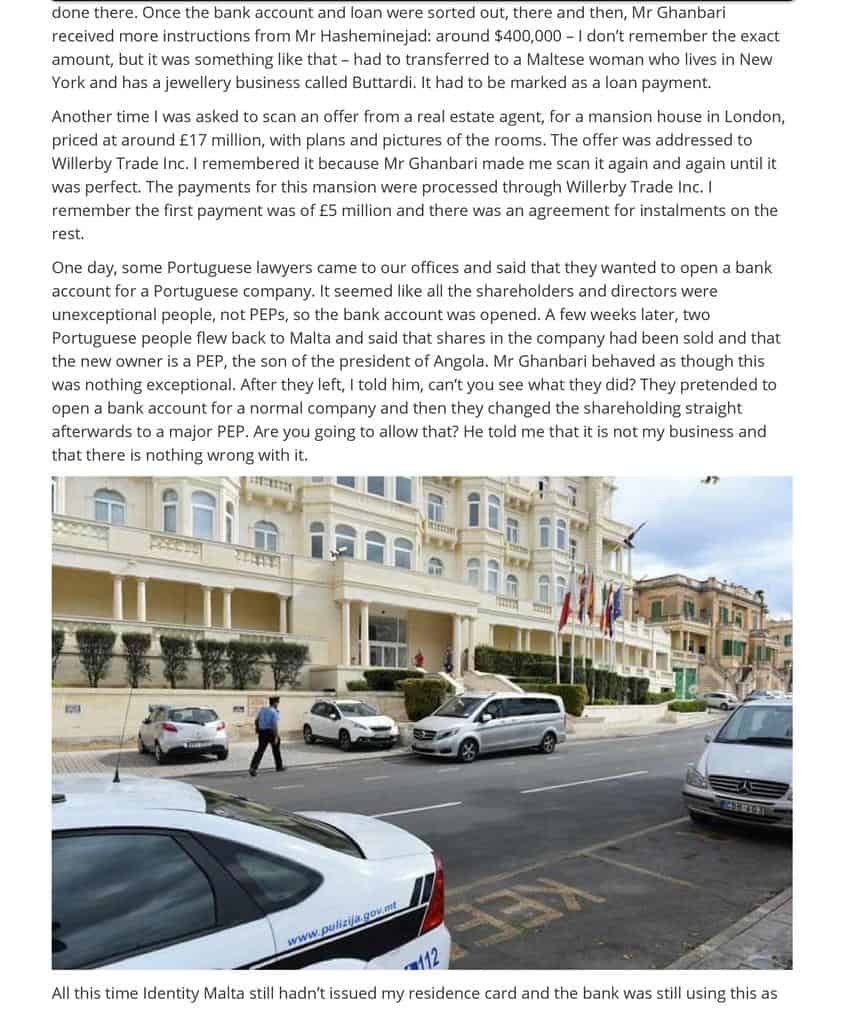 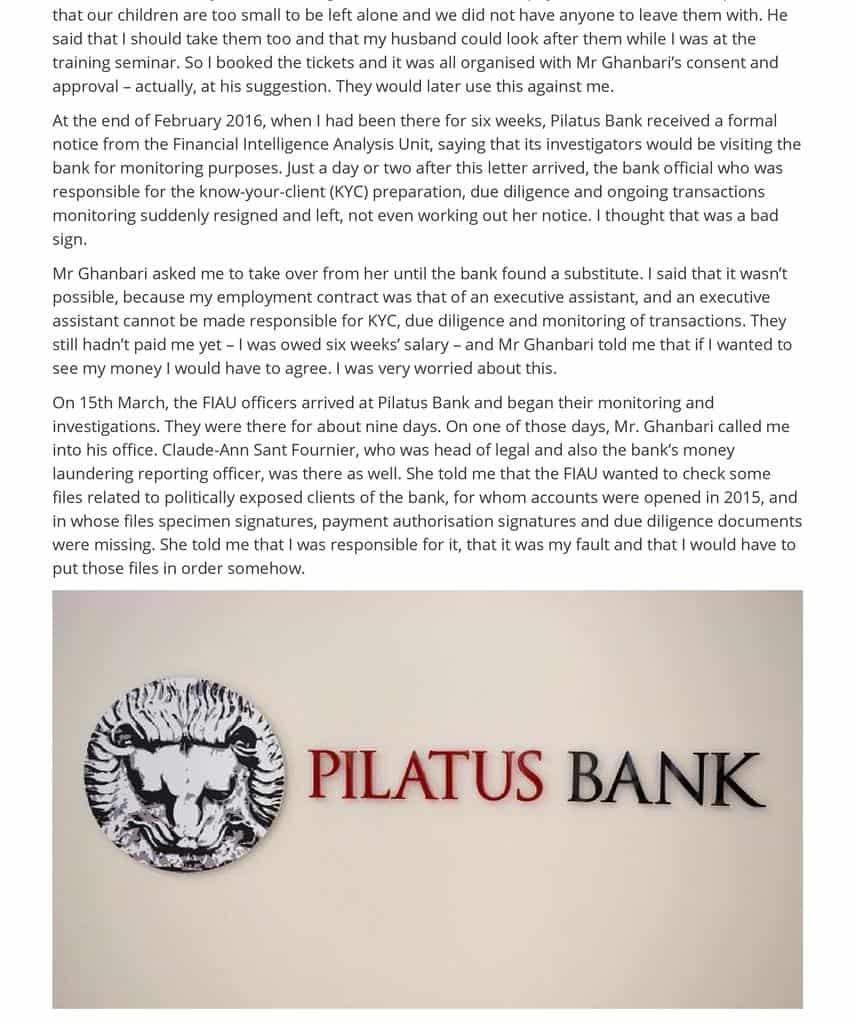 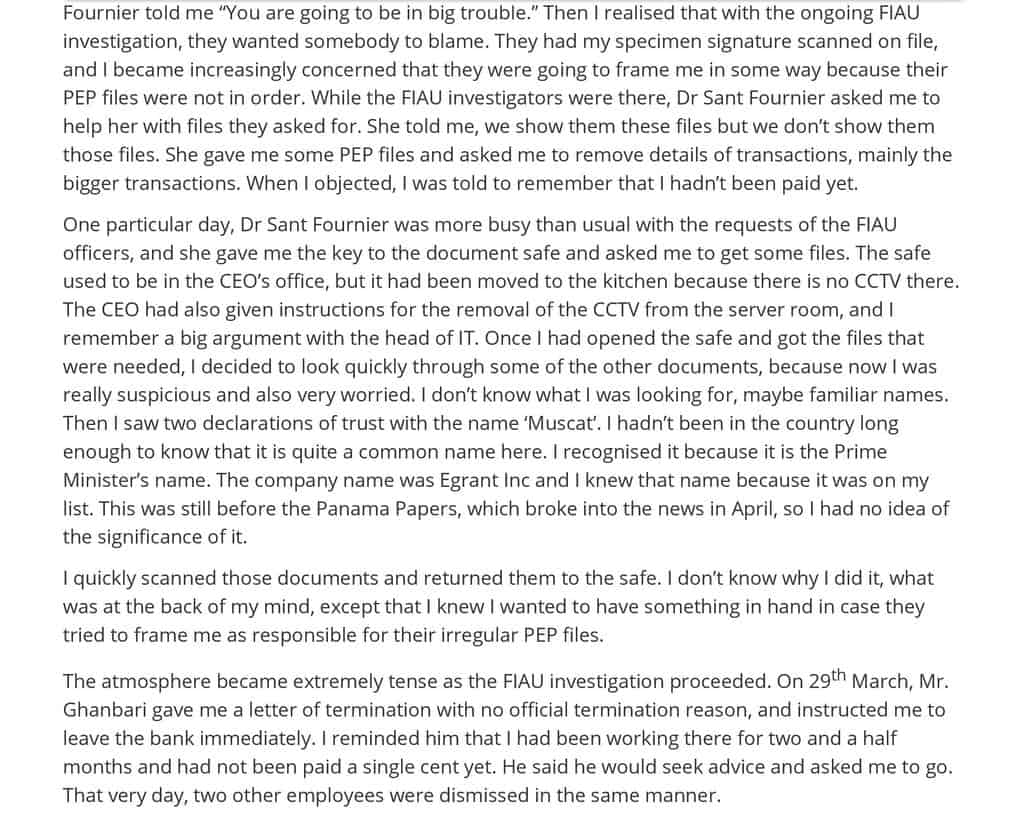 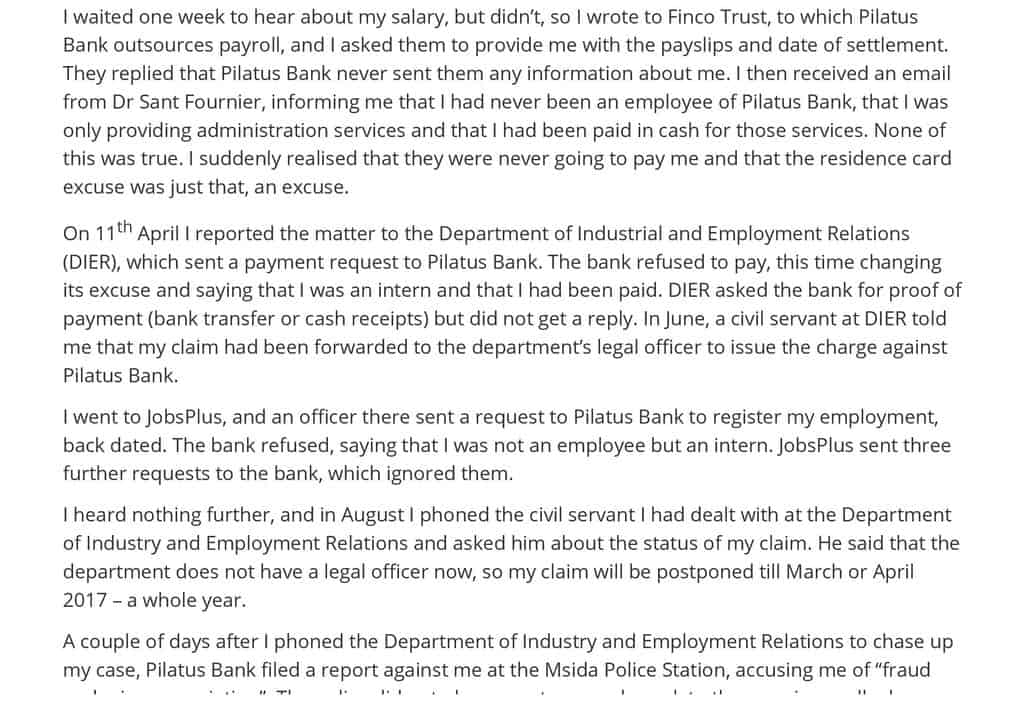 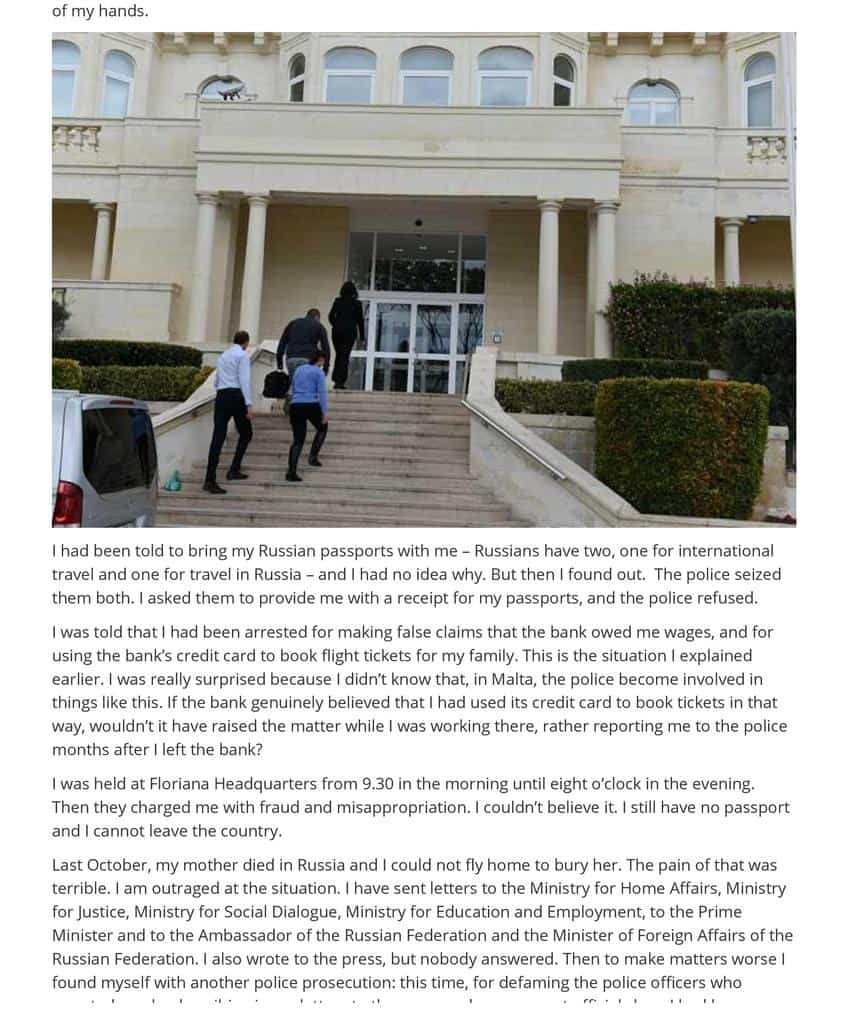 Previous:If they’re unemployed and buying a Corvette, something is not right
Next:Government say Caruana Galizias attack sovereignty of Maltese State by seeking advice from a foreign woman