Minister Christian Cardona has been seeking applause for filing in court for the withdrawal of the garnishee orders he and his secretary had secured against Daphne Caruana Galizia while the libel suit they filed against her when she reported they visited a brothel in Germany and any potential appeal are heard and decided.

Just shy of 47,000 euro of Daphne Caruana Galizia’s money are still stuck in court and will be there unless Chris Cardona and his secretary give their consent for Daphne’s heirs to withdraw their money, or if not, until the matter is decided by the courts.

A bit of background.

On 7th February last, Chris Cardona and Joe Gerada applied to the court for 4 garnishee orders (2 each). Each order was for the equivalent maximum damages that can be awarded in a libel suit (just under 12,000 euro).  Their application accompanied 4 libel applications. The warrants were directed at banks to freeze accounts up to that amount and to Transport Malta so that she could not sell any car she may have had.

Daphne applied to have the warrants revoked but the Court turned down this request.

It took Dr Paul Lia two months of spiteful prevarication before his clients Chris Cardona and Joe Gerada agreed to sign counter warrants given that the sum claimed was already in Court.

At this point the Court revoked the warrants leaving 46,587.48 of Daphne’s money tied down in Court where they will remain until the libel cases are decided, unless Chris Cardona and Joe Gerada consent for their withdrawal.

It is important to remember that the use of garnishee orders in a libel suit, though permitted at law, is a manifest abuse of power no political person ever thought to use in living memory. Certainly in my memory.

And now that Daphne Caruana Galizia is beyond the torment that Chris Cardona can inflict on her, the pressure is inherited by her sons who tomorrow have to be in court again to answer for these 4 and a score other libel suits.

When a government Minister does this and brazenly lies about not doing it, there is indeed an oppressive threat to press freedom. 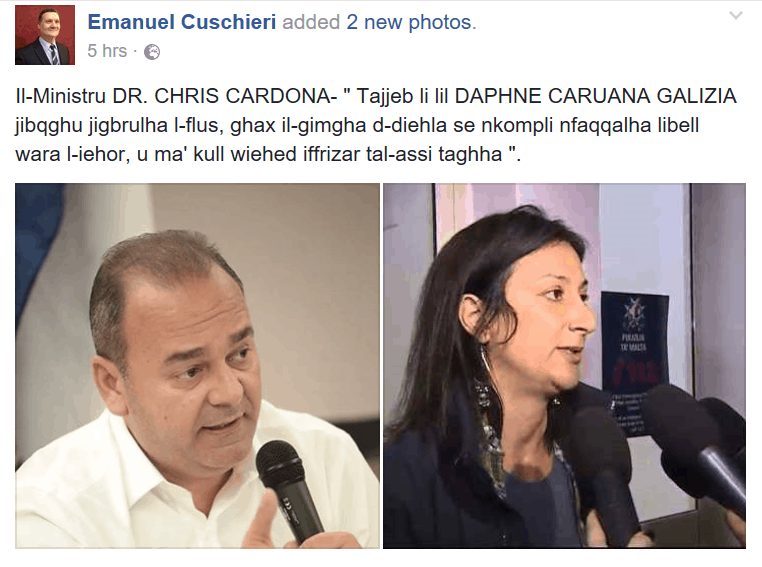 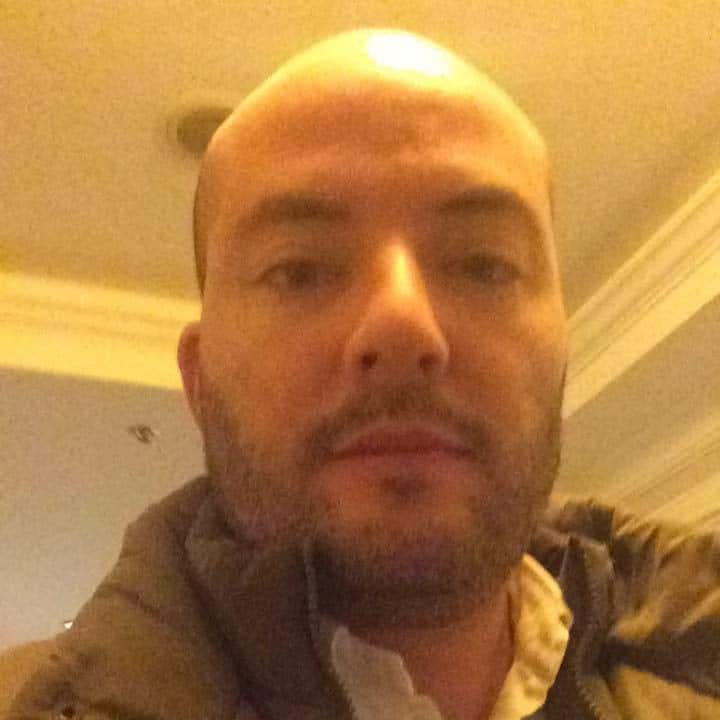 Previous:Her father a judge, her mother a parliamentarian: and yet no sense of public spirit whatsoever
Next:Antonio di Pietro expresses sympathy and solidarity with the Caruana Galizia family