This statement was sent earlier by Daphne Caruana Galizia’s family:

The manner in which today’s arrests were communicated to Daphne Caruana Galizia’s family indicates serious institutional deficiencies which are cause for general public concern.

The information about the arrests was communicated by the Prime Minister, and not by the Malta Police, who appear to prioritise informing the Prime Minister of developments to the exclusion of the surviving members of the assassination victim’s family. In addition, the Prime Minister appears to view the investigation into Daphne Caruana Galizia’s assassination as a marketing exercise for his government and not as a contract killing, which has left surviving family members wondering what happened and how justice can truly be served.

The family heard about today’s arrests at the same time as media reported on the Prime Minister’s press conference this morning. This means that the Malta Police informed the Prime Minister of the arrests but did not inform Daphne Caruana Galizia’s family about a critical development in the investigation. It also means that the media learned of the arrests before the family did. The Prime Minister said that the family “has faith” in the inquiring magistrate, on whom he counts to keep family members informed. The family remind the Prime Minister that it is not the magistrate’s role to act as a liaison officer for the Police Force, over which he has no oversight. The Police are running a separate investigation to the magisterial inquiry and have a separate duty to keep family members informed.

Daphne Caruana Galizia’s family could have been informed of today’s arrests by a family liaison officer of the Malta Police force — if one had been appointed. It is what might be expected in any homicide case, particularly one which is high profile and which has wide-reaching implications. The family had already written to the Police Commissioner about the lack of formal communication and about the constant stream of leaks which prejudice the integrity of the investigation. The Police Commissioner has not responded in writing to any of the family’s letters to him.

Within an hour of the arrests, the mugshots, names, and addresses of seven of the suspects were leaked by the Malta Police. If police officers who have access to the case files are leaking this information so wantonly, it is important to ask whether they are not also leaking information to other suspects, some of whom could be in or close to government.

The family is concerned that a number of people who could be implicated continue to receive political cover for crimes they are widely reported to have committed. None of the developments in the investigation or its handling by the Malta Police have served to reassure the family that real justice is within reach. The blurring of boundaries with the executive – and this in a case which has political implications – is disturbing. When the handling of an investigation is not sound, it is difficult to have faith in its outcome.

Daphne Caruana Galizia’s family will continue to fight for an independent and impartial investigation that is theirs by right and will fight to hold to account any institutions or officials who fail to uphold their duties, prejudicing the investigation either by incompetence or misfeasance.

Manuel Delia’s note: a list of the detainees has not actually been issued by the authorities and the source of the leaked picture referred to in the family’s statement and shown here could not be verified. It is therefore still unclear if all the person in these image are actually under arrest or suspected in this case. 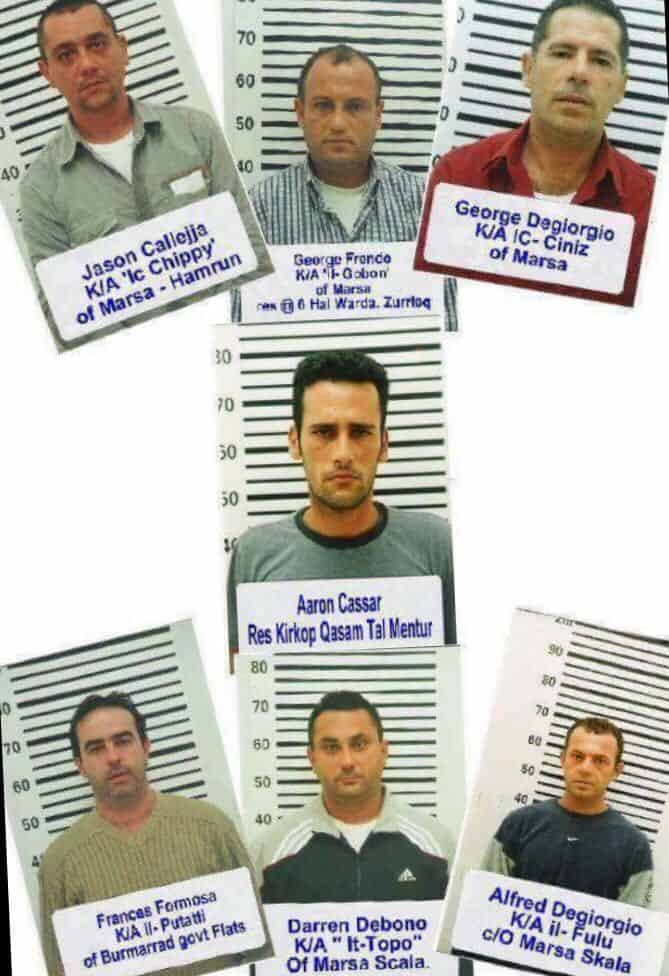 Previous:Prime Minister’s senior staffer tells civil society to delete yesterday’s speeches
Next:Antonio di Pietro on Konrad Mizzi: the defence that there was no money in the Panama company “makes no sense”