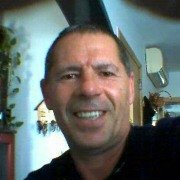 George de Giorgio, known as iċ-Ċiniż, was in the Court building on the 18th of October, 2017, less than 48 hours after the explosion he is accused of detonating that brutally assassinated Daphne Caruana Galizia.

He was appearing as a respondent in a civil dispute against him over property filed by a company owned by his former business partner John Camilleri, himself killed in another car bomb in Buġibba last year.

The case between Dove Trading Company (formerly owned by John Camilleri) and George de Giorgio has been dragging for several years and is about a property deal that was never completed.

Malta Today yesterday reported George de Giorgio and John Camilleri had been business associates. The detailed background of their relationship and the ongoing dispute in court is described in their detailed report linked here.

Court records show George de Giorgio appeared in front of Judge Joseph Azzopardi on the 18th October as the long drawn-out case continued to be heard.