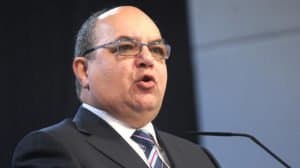 Manuel Mallia has just been reconfirmed Chairman of the Occupational Health and Safety Authority. He was appointed there last July having missed a post in Cabinet because he only managed to make it to Parliament after a by election.

He replaced Deo Debattista who was promoted from the backbench.

It’s this government’s policy to recruit all its back-benchers to some office in government. This ensures that the legislative branch, that is supposed to be the most powerful institution keeping the government in check, is reduced to a rump opposition, powerless to hold the government to account without the alliances it could and should be able to form with the back-bench of the government side.

The recruitment of all majority MPs to office is a usurpation of the legislative branch of government. Although there is nothing in the law that forbids it, it is in effect a trampling of the constitutional principle of separation of powers.

But it is more than that because an appointment like Manuel Mallia’s is doubly damaging. This is not personal. It’s not about liking or not liking Manuel Mallia.

The Occupational Health and Safety Authority has autonomous powers. It needs them not least because the largest employer in Malta remains the government. The government’s employees too must be protected from their employer’s negligence or abuse and must be kept safe and healthy at work at all times. Not to mention all the contractors that employ thousands of employees on government contract work. And not to mention all those private sector employers, particularly in the hazardous construction industry, that are known to be uncomfortably close to government.

The health and safety authority should have the power and the will to interfere to protect employees’ safety wherever they are and whoever employs them.

A government back-bencher is by definition in a conflicted and awkward position to exercise the powers of the authority in a way that might embarrass his political masters. However principled the occupier of the position might be, a government beck-bencher will end up censoring themselves and their staff to politically protect their paymasters instead of the employees they are obliged to protect.

These contradictions in our system are a product of Labour’s perverse notions about keeping it all in the family: that appointments to public functions are not made to find the best people for a job but rather to secure the tightest political patronage possible. 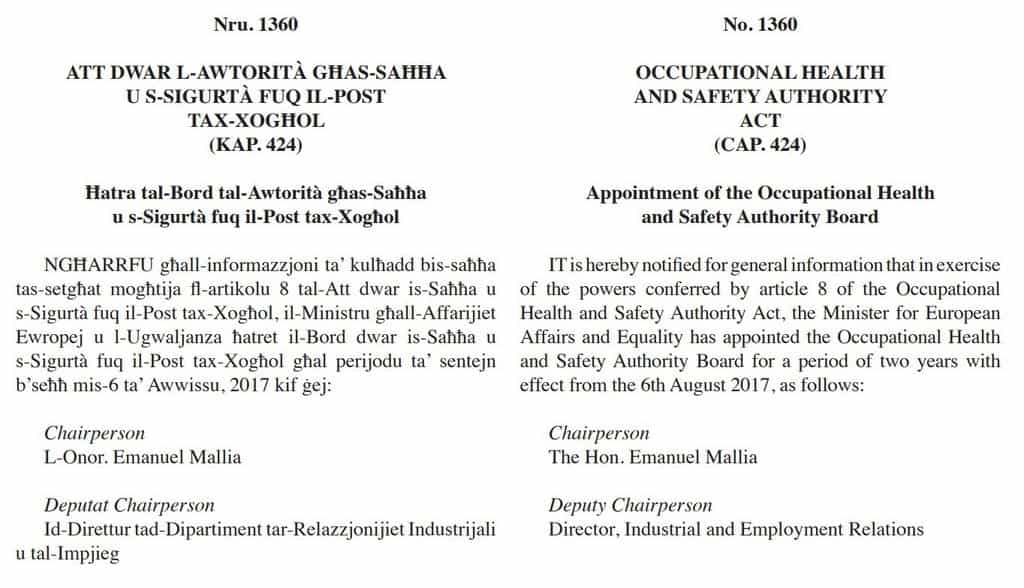 Previous:Matthew Caruana Galizia: “Whatever you have seen or heard, come to us.”
Next:EXCLUSIVE: How wealthy Russians buy Maltese citizenship